The title is actually an insult to legitimate banana republics; America is way beyond that. Banana republics don’t have the world’s reserve currency to grease the skids on their chronic deficits and debts. From Egon von Greyerz at goldswitzerland.com:

Donald Trump is probably the luckiest presidential candidate in history to have lost an election. He doesn’t realise it yet as he suffers from a self-inflicted wound in the final moments of his presidency. Nor does Biden yet realise how unlucky he is to have won. But that will soon change as his presidency goes from crisis to crisis in all areas from monetary to fiscal to social and political. Very little will go right during his presidency.

The next four years could easily be four years of hell for Biden (if he stays the course for the whole four years), for the US and thus for the world.

When Trump won the election in November 2016 I wrote an article, dated Nov 18, 2016, called “Trump Will Grow US Debt Exponentially” .

The article also contained the following graph. In the article I predicted that US debt would double by 2025 to $40 trillion and that it would be $28t in January 2021 at the end of the four years. 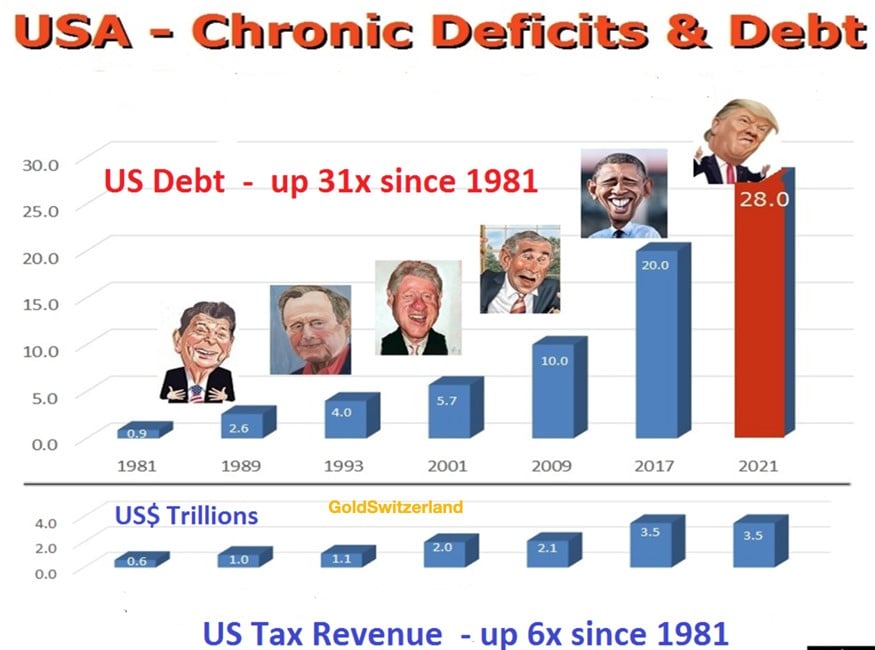 I am certainly no forecasting genius, nor was the forecast just luck.

No, it was applying the best method that we have all been given but that few apply or understand.

This method is called HISTORY.