The Lies Of The Borg Are The Glue That Binds, by Doug “Uncola” Lynn

The Borg is the criminals who run the show. Its lies are believed with religious fervor by millions. From Doug “Uncola” Lynn at theburningplatform.com: 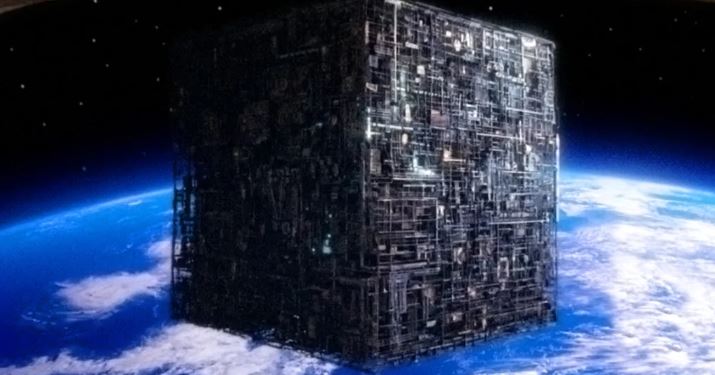 The Borg are an alien group that appear as recurring antagonists in the Star Trek franchise. The Borg are cybernetic organisms linked in a hive mind called “the Collective”. The Borg co-opt the technology and knowledge of other alien species to the Collective through the process of “assimilation”: forcibly transforming individual beings into “drones” by injecting nanoprobes into their bodies and surgically augmenting them with cybernetic components. The Borg’s ultimate goal is “achieving perfection”…

You will be assimilated.  Resistance is futile.

Ironically, this article begins with an epilogue.  It is because what began four years ago with a dream to Make America Great Again® has now become the nightmare of a collectivist coup and The New Domestic War on Terror®.

For years now, I have speculated on the presidency of Donald Trump as the “bleeding of the brake lines before the big stop”.  Unfortunately, it now appears that speculation has been answered in the affirmative, because it happened:  America has been assimilated into The Collective.

In my last article on The Borg, I took a very hard-line approach on Trump as a Judas Goat hired by The Borg to trick patriotic Americans into a trap.  After all, the only obstacles that remained in the way of The Borg’s “Great Reset” were the U.S. Constitution and those who would defend the nation as founded.  And, yet, a U.S. President who promised to make America great again and swore an oath on a Bible to uphold said Constitution has surrendered the country to a stolen election and foreign governance.