Some marijuana has hallucinogenic properties, and that’s what they’re smoking on Wall Street and the Federal Reserve these days. From David Stockman at davidstockmanscontracorner.com via lewrockwell.com:

We sometimes wonder what they are smoking down on Wall Street, but today the question might better apply to the homegamers who are apparently hitting their bongs down in mom’s basement.

We are referring to Wednesday’s rip-snorting 47% rise in the stock of Tilray – the lead rabbit in the Reddit run on pot stocks.

As it happened, the day that GameStop peaked on January 27th, the once left for dead Tilray was valued at $2.9 billion. Thereafter it went vertical, weighing-in at $10.6 billion upon Wednesday’s close. 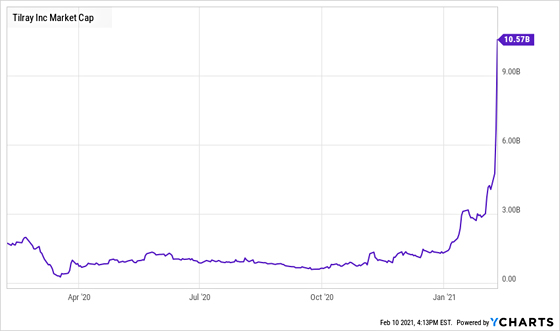 That’s not bad, of course, for a company with a mere $201 million of LTM sales, a net loss of $487 million and negative free cash flow of $261 million. And it’s not getting any better, either.

Since going public in 2018, the company’s net loss (blue line) has grown by 60X and its free cash flow (orange line) hemorrhage has worsened by 15X. 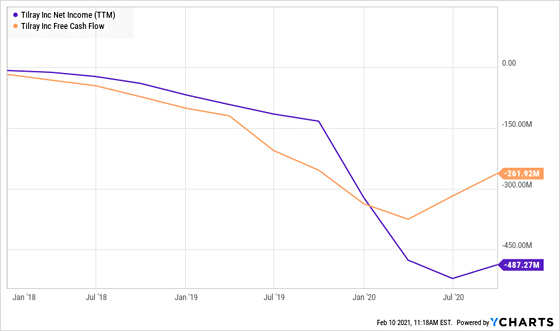 Indeed, when you look at Tilray’s three-year history as a publicly traded company, the massive swings in the market cap of this money loosing marvel are about as close to pure reefer madness as you can get without inhaling.