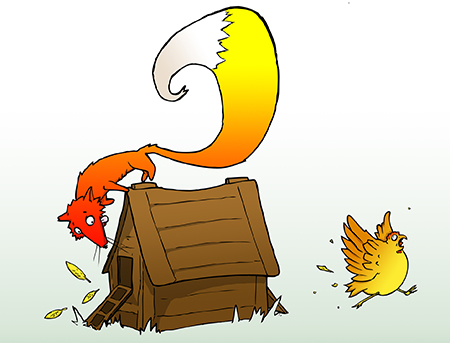 David Stockman on What Could Happen If the Fed Loses Control

It looks like the Fed has already lost control. From David Stockman at internationalman.com:

David Stockman: Yes, and if dogs could whistle, the world would be a chorus!

The truth is, in an economy encumbered with nearly $78 trillion of debt already—including $16.2 trillion on households, $16.8 trillion on business, $23 trillion on governments—the last thing we need is even lower interest rates and even bigger incentives to take on debt and leverage.

In fact, in a debt-saturated system, the Fed’s massive bond purchases never transmit anything outside the canyons of Wall Street. This money-printing madness only drives bond prices higher and cap rates lower—meaning relentless and systematic inflation of financial assets’ prices.

As a practical matter, of course, the bottom 90% don’t own enough stock or even inflated government and corporate bonds to shake a stick at. Instead, what meager savings they have accumulated languish in bank deposits, CDs or money market funds earning exactly what the Fed has decreed—nothing!

So, when Powell says he’s only trying to help the average American, you have to wonder whether he is just stupid or the greatest lying fraud yet to occupy the big chair at the Fed.

END_OF_DOCUMENT_TOKEN_TO_BE_REPLACED

The Main Street Economy Will Not Return to “Normal”, by Bill Bonner

“Normal” won’t come until the government and its central bank return to a much smaller place in the economy. From Bill Bonner at bonnerandpartners.com:

Week 13 of the Quarantine

Here at the Diary, we’re all for it. Defund the Federal Reserve, while you’re at it. And the Pentagon… Homeland Security… the Department of Education… the FBI… the CIA… the NIH… Congress… and the CDC.

You see where we’re going with this, don’t you? Drain The Swamp!

The feds are over-fed. All of them. Sloppy. Wasteful. Foolish. And worse.

The core of the American experiment was that government should be limited and small… It should be The People’s servant, not its master.

But now, our government is so big and bossy, it decides who gets what… who trades with whom… what we can ingest… what we learn in school… It even tells us when we can go outside.

It undertakes wars against people with whom we have no quarrel. It “sanctions” foreign governments willy-nilly. At home and abroad, it tries to push everybody around.

To make a long story short, the feds have gotten too big for their britches, with too much money to spend… and too much power.

END_OF_DOCUMENT_TOKEN_TO_BE_REPLACED

As The World Burns, by Chris Martenson

If you haven’t thought about what would happen if mass social upheaval came to your area, it’s a good time to start. From Christ Martenson at peakprosperity.com:

Decades of unfairness are now boiling over in the United States in the form of protests, riots, burning buildings and violence.

Minneapolis is on fire – literally – and the unrest has spread to numerous other major cities.

Last year (2019) The Yellow Vest protesters in France dealt with enormous amount of police violence and intimidation as they put life and limb on the line to try and wrest better economic and living conditions for themselves.

The people of Hong Kong are back out in force again now that the Coronavirus threat has abated, seeking greater autonomy and control over their own lives. Last year (2019) Chileans also protested, seeking better wages and living conditions.

While the specific demands of each of these movements are unique, they all share common causes.

Our analysis at Peak Prosperity is this: the days of constant exponential growth on a finite planet are drawing to a close. All of the systems that govern the sharing of resources among humans – political, economic and especially financial – are designed to concentrate, not share, wealth.

Taken together, we have an economic pie that is no longer growing but is subject to a set of laws and financial predation that guarantee the wealthy get more than their fair share of what remains.