Australian’s totalitarian government has pushed too far and people are starting to push back. From Tyler Durden at zerohedge.com:

Throughout the pandemic, Australia’s government has chosen to enact stringent restrictions to combat COVID-19. After the sixth lockdown since the pandemic began, anti-lockdown protesters in Melbourne have had enough with draconian virus measures and voiced their opposition in the streets on Saturday. 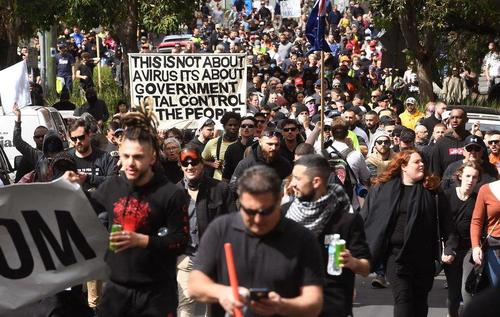 Their right to protest freely was quickly deemed illegal as a massive brawl between demonstrators and police broke out. More than 200 people in Melbourne were arrested at illegal anti-lockdown rallies, according to Reuters. 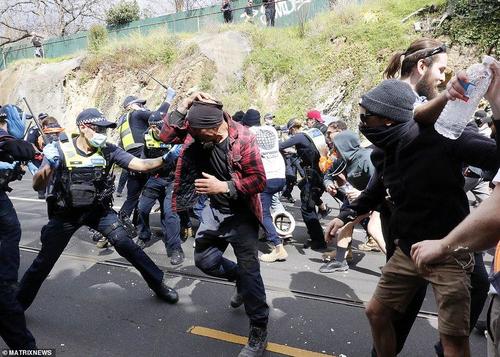 A rally in the Melbourne suburb of Richmond turned violent when police attempted to shut it down. Protesters broke through the police line in an epic fashion.

Protesters break through the police line, an officer gets assaulted and trampled by demonstrators, people are screaming and covered in capsicum spray @theage pic.twitter.com/qXX9lIAZRJ