Companies Warn Biden Administration They May Need to Drop Fed Contractor Status Because Workers Will Not Comply With Vaccine Mandate, Meanwhile American Airlines Cancels 1,700 Flights This Weekend, by Sundance

How long will an economy run when it’s losing an ever-greater share of its workers? From Sundance at theconservativetreehouse.com:

As we have continued to point out, a federal vaccine mandate might sound like a good idea on a think tank, academic or white-paper policy level of consideration; but on a practical level, wiping out a large percentage of your most productive workforce over a vaccine mandate is unworkable, and might even end the operation of the entire business. 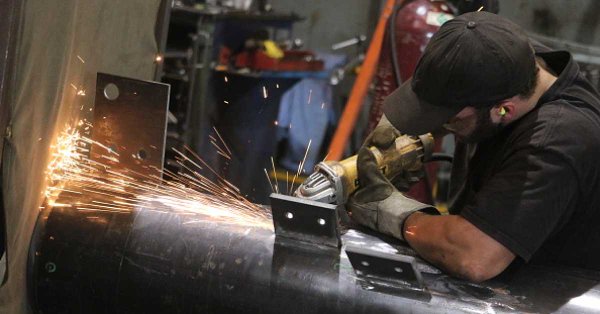 That is the message today within an article written by Politico about several large federal contractor companies warning the White House they may need to drop their federal contracts because they simply will not be able to continue business operations if they lose their unvaccinated workforce on December 8th.

Thus the power of the blue-collar workforce is being recognized:

WASHINGTON DC – Objections among certain vendors over President Joe Biden’s vaccine mandate for federal contractors are reaching an inflection point. As the deadline for workforce vaccination approaches, some trucking companies are mulling whether to end their work with the federal government altogether, according to two industry insiders.

In an interview, the American Trucking Associations’ executive vice president for advocacy Bill Sullivan told POLITICO that some companies may simply decide that the cost of the mandate is not worth the government’s checks. Sullivan said he has raised concerns to the White House, Office of Management and Budget and other executive branch officials. He noted that if companies drop their contracts, it may be harder to get certain foods to troops, transport fuel for military vehicles, or even deploy the National Guard.

[…] interviews with more than a dozen industry advocates across the aerospace, distribution, defense and trucking sectors — some of whom have also been in discussions with administration officials — reveal they either have little confidence they will be able to meet the Dec. 8 deadline for their workers to receive their first vaccine shot or expressed concerns about difficulties the mandate would pose on their labor force.

The White House has repeatedly insisted — both in private meetings and publicly — that the federal contractors can avoid potential service disruptions during the holiday season. (read more)

The reaction from the Biden administration is laughable.  As you would expect from a wonk-minded bureaucratic outlook, their solution is to put the employees into intensive reeducation camps saying the companies “must begin counseling them on the vaccine’s benefits and the ramifications for noncompliance.”