David Stockman on the GreenMageddon and What It Means for You 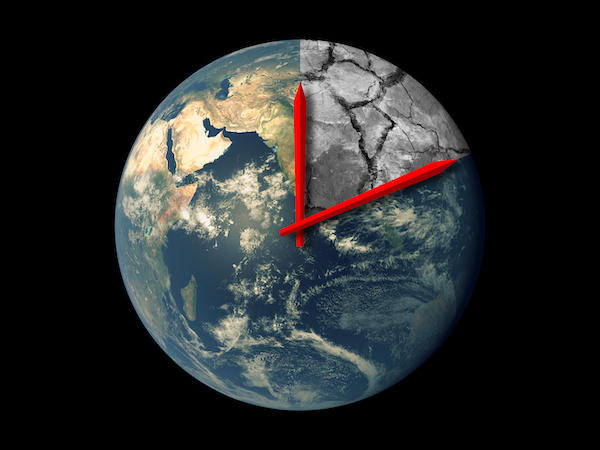 Over the next couple days, Washington DC insider David Stockman will debunk the narrative and offer a comprehensive look at the climate change agenda including what it means for you.

Below is part one David’s article series…

With COP26 now underway, it’s not too soon to start clanging the alarm bells—not about climate catastrophe, of course, but about the stupidest act of the assembled nations since Versailles, when the vindictive WWI victors laid the groundwork for the catastrophes of depression, WWII, the Holocaust, Soviet tyranny, the Cold War and Washington’s destructive global hegemony, all of which followed hard upon the next.

Politicians and their allies in the mainstream media, think tanks, lobbies and Big Business (with its cowardly sleep-walking leaders) are fixing to do nothing less than destroy the prosperity of the world and send global life careening into a modern economic Dark Ages. And worse still, it’s being done in the service of a bogus climate crisis narrative that is thoroughly anti-science and wholly inconsistent with the actual climate and CO2 history of the planet.

Cutting to the chase, during the past 600 million years, the earth has rarely been as cool as at present, and almost never has it had as low CO2 concentrations as the 420 ppm level that today’s climate howlers decry.

In fact, according to the careful reconstructions of actual earth scientists who have studied ocean sediments, ice cores and the like, there have been only two periods encompassing about 75 million years (13% of that immensely long 600 million year stretch of time) where temperatures and CO2 concentrations were as low as it present. These were the Late Carboniferous/Early Permian time from 315 to 270 million years ago and the Quaternary Period, which hosted modern man 2.6 million years ago.