They want you smart enough to be productive and to consume, but not smart enough to challenge the system. From Isabel va Brugen and Joshua Philipp at The Epoch Times via zerohedge.com:

Addictive “brain hijacking” methods used by social media giants to keep users on their platforms have harmful effects, particularly on children, according to industry insider Rex Lee, who says the companies may be violating child protection laws and consumer protection laws by employing such techniques. 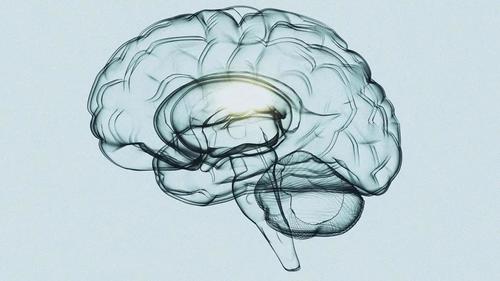 Lee, who has over 35 years of experience in the tech and telecom industry, recently testified before Congress, speaking to members about some of the deceptive practices used by social media networks—in particular, “brain hijacking.”

“The first time I’d ever heard of brain hijacking, I thought it was something from a science fiction movie,” he recently told EpochTV’s Crossroads program.

He said that social media apps, including those developed by Google, Meta, and Bytedance, are intentionally developed to be addictive.

Part of what makes these platforms addictive is associated with brain hijacking technologies, which involve suggestive and manipulative advertising, he explained.

Lee, who works in the tech industry for an enterprise app and platform developer, said that he was shocked after coming across an admission in a 2017 Axios interview by Sean Parker, who served as the first president of Facebook.

In the interview, Parker said that Facebook was intentionally developed using addictive technologies associated with something he described as a “social validation feedback loop.”

“That in itself is what is at the heart of brain hijacking,” Lee said. “And what that does is that reassures the end user that what they’re posting on the platform is being accepted by a lot of people. In other words, a social validation feedback loop would be associated with a thumbs up, or confetti or emojis, and that sort of thing after they do a post.”

Lee said these are addictive qualities that developers put into their app and platform designs, which ultimately end up harming the user.

“Sean Parker actually admitted this during the Axios interview when he said, ‘God only knows what it’s doing to our children’s brains,’” Lee said. “But it’s not only the brains of children, it’s the brains of the end user, whether it’s an adult, teen, child, or business and user.

“This is why people are checking their smartphones up to 150 times a day.”

Lee added that Parker expressly told Axios that the feedback loop was “exactly the kind of thing that a hacker like myself would come up with, because you’re exploiting vulnerability in human psychology.”

Lee has been providing to congressional committees, as well as senators and House members, insider information on how these platforms are developed.

The cybersecurity and privacy adviser also highlighted the harmful effects these social media platforms have on young teenagers, describing the platforms as “no different than tobacco companies making bubblegum-flavored cigarettes to sell to children.”

“These social validation feedback loops are what’s at heart, and why young teen girls as well as boys who utilize this technology can be harmed by it—they get addicted to it, they never can find fulfillment in it,” Lee said.

“And then, they end up depressed and they end up always constantly having to look for that validation, not only from the technology, but from the other end users on the platform.”

“This also is dangerous because it contributes to cyber bullying,” said Lee, explaining that cyberbullies themselves may become addicted to bullying others online.

“They [cyberbullies] get a few thumbs up from that post where they’re bullying somebody and then more thumbs up comes. And then that person, the bully, becomes addicted to actually  harming people, as well as the recipient starts getting harmed,” he explained. “And we all know what that leads to anxiety, self harm, as well as suicides. And all of those are up among teen and young adult adult users, especially young girls who utilize the platform.”