The Groupthink Pandemic, by Kevin Smith

Groupthink is deadlier than any pandemic. From Kevin Smith at off-guardian.org:

Groupthink is all around us. Decision-making in government, in the media and at work. It’s slowly killing the world.

In the background of the most important events, the Covid-19 response and increasing tension and conflict in the world, it might be worth looking through some of this in a bit more detail.

I’ve experienced groupthink working for large organisations, most notably in my last job. We were tasked with investigating and solving complex problems. Some technical expertise helped but was not crucial to the role.

Critical thinking and balancing evidence and differing viewpoints was key.

Yet the organisation decided that this was no longer required and changed the whole operating model to a one-size fits all type of call-centre. This new high-risk approach was recommended to us by the outside consultants Price Waterhouse Coopers (PWC) who were clueless about our business.

Those of us who were experienced in the role argued that the model wouldn’t work. But the organisation ploughed on regardless. It was obvious from day one that the financials didn’t stack up which they tried to deny and later concealed.

One sad aspect of today’s world is that it’s so insane it leads many sane people to question their own sanity. From Caitlin Johnstone at medium.com:

There are no moderate, mainstream centrists in the US-centralized empire. They do not exist.

It’s not that moderate, mainstream centrism is an inherently impossible position. In a healthy world, that’s exactly what the predominant worldview would be. But we do not live in a healthy world.

There are no moderate, mainstream centrists anywhere in the tight alliance of nations which function as a single empire on foreign policy, because that functional empire is built upon murder, terrorism, exploitation, oppression, ecocide and the stockpiling of armageddon weapons.

People who support the status quo of this empire are called “moderates”, but, just like the so-called “moderate rebels” of Syria, they are in fact violent extremists.

Everyone is working themselves up into a lather about slavery in the past, but nobody seems too concerned about present day slavery. From Giulio Meotti at gatestoneinstitute.org:

The United States abolished slavery 150 years ago, and has affirmative action for minorities. It is the country that elected a Black president, Barack Obama — twice! Yet, a new movement is toppling one historic monument after another one, as if the US is still enslaving African-Americans. Activists in Washington DC even targeted an Emancipation Memorial, depicting President Abraham Lincoln, who paid with his life for freeing slaves.

END_OF_DOCUMENT_TOKEN_TO_BE_REPLACED

Welcome to the Epic the Other Generations Could Only Have Dreamt of, by Allan Stevo

In the great stories, individuals overcome daunting odds to defeat evil. What we’re living through now could end up being a great story. From Allan Stevo at lewrockwell.com:

“From my youngest days I always had the feeling that we were all involved in some great crusade, that the world was a battleground for good and evil, and that our lives would be consumed in that conflict.”

With those lines, Kennedy begins his book “American Values.” In them, he cites a fundamental conflict. This conflict is at the heart of the greatest stories of literature going back to Gilgamesh: a battle between good and evil.

In Gilgamesh: The tyrant king, Gilgamesh, does harm to the people of Uruk. The gods make a mighty counterweight to him, Enkidu. At first coming into conflict with one another, the two go on a journey together in search of everlasting life, Enkidu dies along the way, Gilgamesh returns a changed man.

In The Odyssey: With Odysseus still not home from the Trojan War, a group of young men have moved into his home where they are eating his food, drinking his wine, and courting his wife. He must go through a series of ordeals on his journey to make his way home, where he finally accomplishes a great feat, kills the freeloaders, and is accepted back home by his wife.

In Beowulf: The title hero, a great warrior, gathers a few people together to save another man’s land from a terrible monster, Grendel. He must repeat that task with the monster’s mother who wants revenge for the death of her son. Years later, Beowulf, repeats this feat against an evil dragon bringing terror.

More Than Ever, It’s Time to Unleash the Power of ‘No’, by Kurt Schlichter

“No” is the alternative to bending the knee. From Kurt Schlichter at theburningplatform.com:

For way too long, too many conservatives and other normal people have failed to deploy our most potent weapon in the defense of free thought and expression – the utter refusal to go along with the demands of the carnivorous left. As has been said before by me and others, we need to introduce these spoiled brats to the concept of “no.”

This is a critical moment, and how we react now will determine if our future is citizenship or serfdom. The Democrats’ kinetic operation that was the rioting has failed, the violent thuggery egged-on and enabled by half-wit MSNBCNN talk-holes, feckless lefty pols, and the blue check jerk-stapo ended up appalling the voters, and not just Republicans. The grave strategic error of sending the masked marauders of Marxism marching into limo lib enclaves like Beverly Hills convinced a lot of people who hate Trump that maybe law and order isn’t such a bad thing after all. Defund the police? Yeah, that’s a tough sell outside a sociology department. Mansions and BMWs burn just like churches and police cars do.

See Things as They Truly Are, by Hardscrabble Farmer

Anyone who has a desire to see things as they truly are need only apply a few basic skills to the task.

First, you must observe and it should be intentional. What am I seeing? What patterns emerge? What are the physics of the actions? What are the underlying motivations? What systems are in effect and what similarities and exceptions emerge. It is helpful if you start small- the act of swinging a hammer at nails several hundred thousand times will reveal a right way and a wrong way to hold the tool, to capitalize on the momentum, to focus energy, to account for the materials in use and the conditions.

After a million or more swings there will be very few secrets left and little left uncovered in the mystery of driving nails. Knowing what you do it will become next to impossible for someone to fool you into thinking there is a better way to swing a hammer or that it is really best used as a pry bar or demolition tool. You will have the experience and the discernment to know whether the guy next to you is a good carpenter or someone pretending that they know what they’re doing.

The Virtue of the Fear Mask, by Eric Peters

There are probably some people out there who will wear a mask until they die several decades hence. From Eric Peters at ericpetersauto.com:

It is that the rest of us know who we’re up against. Who exactly. On a person to person basis.

It’s as though we now have open rather than secret ballots. Pre-Corona, it was hard to know for sure whether your neighbor just voted to have the government steal more of your money on his behalf – for “the schools” or whatever need he felt you ought to pay for.

Now you know who is itching to vote to force you to be vaccinated and tracked like a downer cow – to ease their sick fear that you might get them sick otherwise.

When you get right down to it, there is remarkably little difference between President Trump and his predecessors. From Caitlin Johnstone at caitlinjohnstone.com:

Right-wing pundit Ann Coulter went on a surprisingly vitriolic anti-Trump rant the other day, calling the president a “complete blithering idiot”, an “actual retard”, and “the most disloyal human God ever created” for his treatment of Jeff Sessions and his failure to build the border wall per his campaign promise.

“Coulter is right,” comedian Tim Dillon tweeted in response. “Trump doesn’t really care about immigration or the wall, it was just the way to win. He likes winning. You don’t live your entire life being a Hollywood star who hangs with the Clintons and Jeffrey Epstein and then decide you actually like people from Ohio.”

Which is true. Trump and his handlers understood that rising anti-immigration sentiment in America was a key to winning the presidency, but he never cared about immigration and never had any intention of going out of his way to do anything about it (which is why even his deportation numbers are still below Obama’s). Just one of the many ways where the popular narrative about Trump–the story everyone’s telling about him–differs wildly from the reality.

The Expert Model, by Kevin Duffy

The experts, expert though they may be, simply cannot centralize decision making and come up with better outcomes than individuals making the best decisions for themselves. From Kevin Duffy at lewrockwell.com:

In order to navigate an impossibly complex world, we take shortcuts, build logical frameworks and adopt ideologies. These are lenses through which we view events, our own reality in a sense. Over time, these lenses become hardened and extremely difficult to change, regardless of the counter evidence.

There are essentially two views of the world: order and chaos. Some see a natural order: the food chain, pecking orders, innate behaviors, complex adaptive systems, natural selection. Others see chaos requiring direction by a group of experts.

At least when it comes to economic activity, the overwhelming majority adopt the chaos view. They fail to grasp Adam Smith’s “invisible hand” of mutually beneficial trade, Friedrich Hayek’s “pretense of knowledge” with regard to central planners, or Frederic Bastiat’s “seen and unseen costs” concerning the unintended consequences of economic policies.

Interventionists dread uncertainty; above all, they fear losing control.

“I Think It May Have Cost Lives” – Nobel Prize Winner Slams Lockdowns As Product Of “Panic Virus”, by Tyler Durden

The covidiots have had to acknowledge the failure of their models. Now they have to confront the possibility that lockdowns did more medical harm (not to mention the damage to the economy and destruction of civil liberties) than good. From Tyler Durden at zerohedge.com:

As the “stay home, save lives” crowd confronts the fact that their beloved “experts” were, in reality, about as well-informed as the rest of us when they made the fateful recommendation that the imposition of lockdowns – in most cases legally enforced – was the best option for combating the spread of SARS-CoV-2, a Nobel-prize-winning scientists from Stanford said in an interview published Sunday that, according to his models, the lockdowns didn’t save lives, but actually caused more deaths. 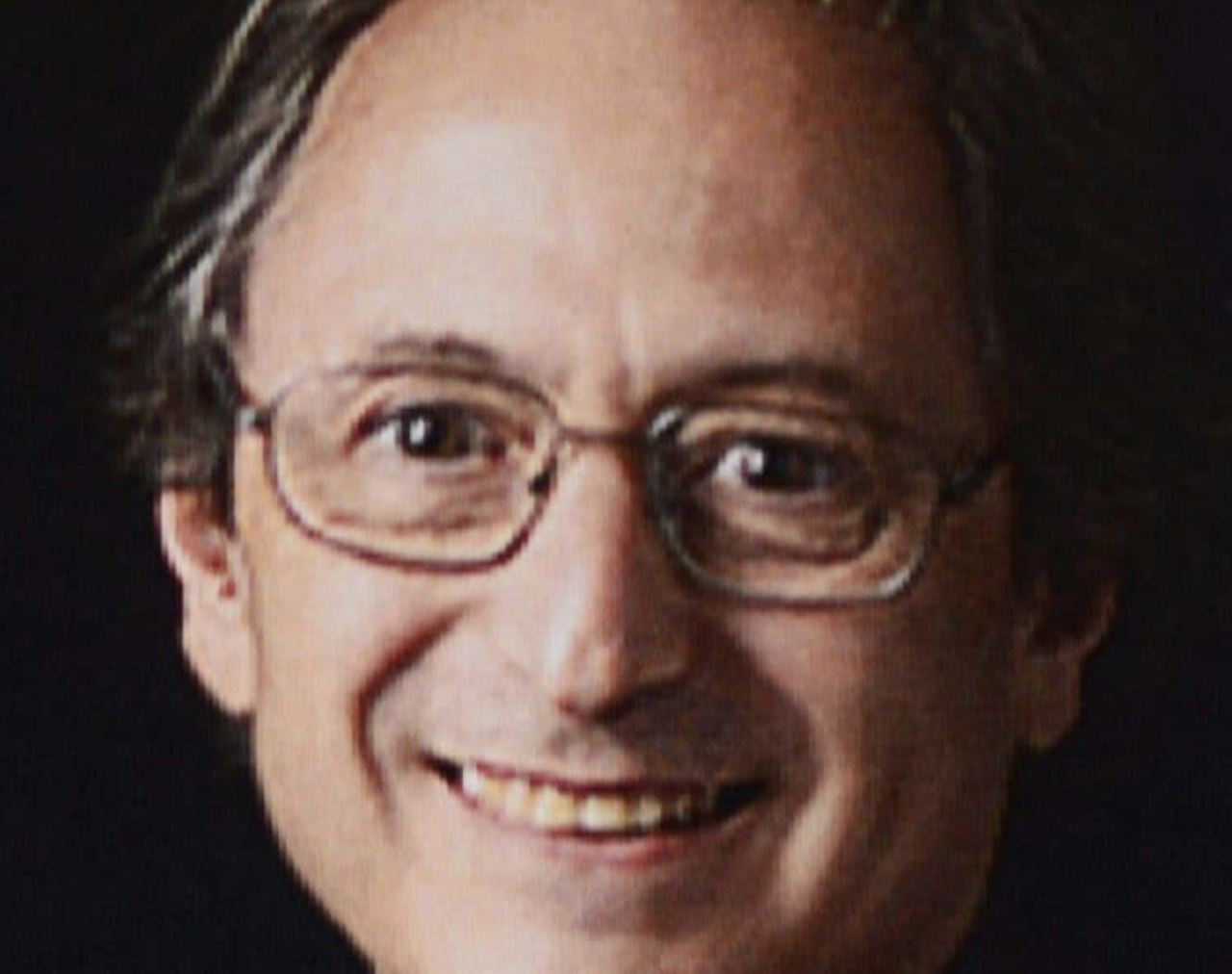 According to the Telegraph, Michael Levitt correctly predicted the initial trajectory of the pandemic, but was ignored by now-disgraced Imperial College epidemiologist Niall Ferguson, whose warnings were embraced by the UK government as justification for the lockdown, despite the fact that the projections proved to be extremely flawed and dramatically overestimated the virus’s potential for devastation. As early as march, Levitt warned that Ferguson’s projections had over-estimated the potential death toll by “10 or 12 times”.

Instead of helping the situation, Fergusons’ projections created an unnecessary “panic virus” which spread among global political leaders, Prof Levitt told the Telegraph.