Ukraine: Transfer of Power Balance from West to East, by Cameron Leckie

The American Empire and dollar hegemony are over. From Cameron Leckie at consortiumnews.com:

Own goal: Cameron Leckie says the Western response to Russia’s invasion of Ukraine is rapidly accelerating what had been a more drawn-out process. 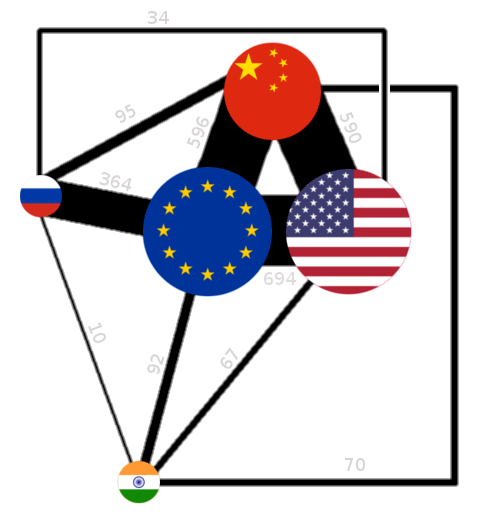 Most of the debate and coverage of the ongoing Russo-Ukrainian war in Australia and the Western world is decidedly banal. It is characterized by the simplification of an extremely complex situation to generate a narrative that can be summarized as Putin and Russia are evil and Ukraine is good.

This gross simplification is not helpful in either understanding the causes of the war, the nature of the war, its broader implications and most importantly of all, how it can be ended with the least number of additional deaths and injuries and damage to Ukraine’s infrastructure.

The preponderance of human-interest reporting of the conflict in lieu of coverage of the war itself is illustrative. The heartbreaking examples of families torn asunder along with the brave exploits of Ukrainian soldiers or allegations of war crimes by Russia, whilst important, tends to trigger an emotional response rather than provide an accurate depiction of the course of events.