The only way you can make renewable energy competitive with fossil fuels is to artificially elevate the price of the latter. From Joshua Phlipp and Frank Fang at The Epoch Times via zerohedge.com:

As Americans bear the brunt of a sagging economy, the Biden administration appears to be  framing this as a good thing, believing that citizens will be better off in the future if current supply shortages and high gas prices spiral out of control. 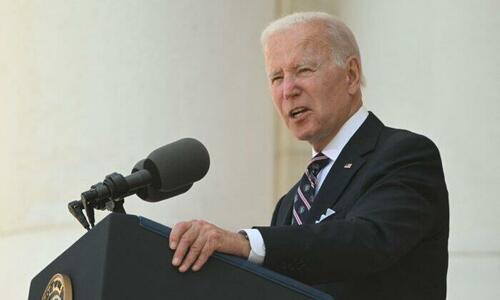 The United States, according to President Joe Biden, is in the midst of an “incredible transition”—one that will pave the way for a green economy.

While the administration may tout the benefits of a sustainable future, the question remains as to what will happen to average Americans while this “transition” takes place.

More importantly, what’s the endgame of all this that Americans don’t know about?

Biden, during a May 23 joint press conference in Japan with the country’s Prime Minister Kishida Fumio, used the word “transition” to seemingly admit that soaring gasoline prices are just part of his administration’s overall plan for moving from hydrocarbons to renewables.

“When it comes to the gas prices, we’re going through an incredible transition that is taking place that, God willing, when it’s over, we’ll be stronger and the world will be stronger and less reliant on fossil fuels when this is over,” Biden said.

The comment seems to suggest that ensuring the country’s gas supply is not high on Biden’s agenda, though the administration did announce to release of 1 million barrels of crude oil a day for six months between May and August.