It is no understatement to say that’s what’s coming over the border into Texas is an invasion. From Tyler Durden at zerohedge.com:

Texas Governor Greg Abbott has invoked the state’s “Invasion Clauses” to take measures against a record-setting influx of migrants who are illegally crossing the border. 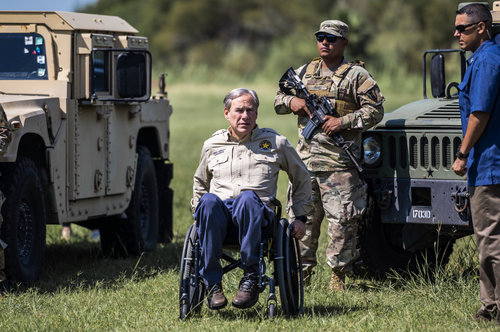 “I invoked the Invasion Clauses of the U.S. & Texas Constitutions to fully authorize Texas to take unprecedented measures to defend our state against an invasion,” Abbott tweeted Tuesday morning.

As part of the action, Abbott plans to;