It’s hard to see how Davos can get any creepier, but these clowns keep taking it to the next level. From Tyler Durden at zerohedge.com:

With the World Economic Forum in Davos in full swing, and media muppets suggesting that things like the forum’s “Great Reset’, banning gas stoves, and eating bugs are nothing more than conspiracy theories cooked up by conservatives, it seems that the national media – both large and small, is now fixated on the event in order to take cues from the world’s increasingly insane ‘elite.’

Former New York Times editor Jill Abramson suggested that the event – which was previously given little coverage by the ‘paper of record,’ was – and  is, “a corrupt circle-jerk.”

“I noticed (after I was gone), much more ‘news’ coverage in the Times of Davos, quoting the attendees and speakers at those endless panels. Of course, the coverage was a sweetener to flatter the CEOs by seeing their names in the NYT so that they would then speak at high-dollar NYT conferences and – of course – get phony news stories from the conferences into the paper.”

“It was — and is, a corrupt circle jerk,” Abramson told Semafor EIC (“Buzzfeed”) Ben Smith.

Brian Stelter just sitting there instead of challenging this petty fascist is a big reason why he’s unemployed. https://t.co/HLKCvvqNTV

And while the WEF has tamped down prognostications involving bug-eating and banning gas stoves, it’s still extremely creepy.

As Michael Snyder suggests in The Most Important News, Davos may have even reached “peak creepy.” 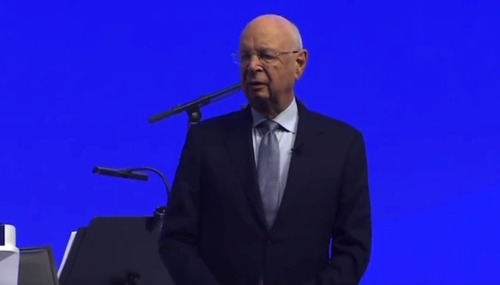 One response to “A “Corrupt Circle-Jerk…” Of “Select Human Beings” – Did Davos Just Reach ‘Peak Creepy’? By Tyler Durden”