It’s not that easy to manipulate people. From the Zman at theburningplatform.com:

Everyone is familiar with psychological warfare, in which information is used to breakdown the moral of an enemy in wartime. It can also be used on individuals within a community in order to get them to act in a specific way. There’s also propaganda, which is an information campaign used by government to change public opinion or reinforce codes of conduct. This is no different from a marketing campaign, except the people doing it can also use force to get the attention of the audience.

Less known is the use of behavior techniques to subtly encourage or discourage behavior within a population. The idea is to change the environment so that the desired behavior feels like a natural choice. Humans are not fully rational and will make choices that are not entirely in their interests, because of things like peer pressure or assumptions about what everyone else is doing. The Chinese social credit system works on these principles to encourage compliance.

One way this is being done in English speaking countries is through the anathematizing of ideas and concepts the managerial elite wants to discourage. The coordinated and often theatrical banning of people from social media, for example. The people targeted often seem random and nonsensical, but it is not about the people, but about reinforcing an environmental variable. That is, you can be cut off from your in-line community for saying the wrong thing, so you best be careful.

The Gates, their foundations, their bought and paid for media, and the various nonprofit institutions they fund specialize in spreading disinformation. From Joseph Mercola at lewrockwell.com:

In a September 2020 interview with Axios on HBO, Melinda Gates said “It may be time for a reckoning” with social media’s role in spreading disinformation. According to Axios:1

“Bill and Melinda Gates … [have] seen firsthand the impact of disinformation, as they’ve become targets of conspiracy theories amplified and spread via social media … [Melinda] Gates … said society may need to start holding social media companies to account for their role in helping such disinformation spread.”

It’s ironic, to say the least, considering the Bill & Melinda Gates Foundation funds and influences mainstream media companies, which in turn write whatever the Gates desire, be it truthful or not, without disclosing their conflict of interest.

Through its grants to the Leo Burnett Company, an ad agency owned by Publicis, the Gates Foundation is also financially linked to NewsGuard and HealthGuard, as both of these “fact-checking” sites are funded by Publicis. As such, Gates already has the power to pull strings and censor content they don’t like.

Case in point: The Gates Foundation funds the MRC Centre for Global Infectious Disease Analysis to the tune of millions of dollars per year. The MRC Centre is the leading body advising world governments and the World Health Organization about infectious disease outbreaks.

Iran, And Other Notes From The Edge Of The Narrative Matrix, by Caitlin Johnstone

Pithy but perceptive comments from Caitlin Johnstone at medium.com:

The greatest asset of the propagandists is your belief that you haven’t been propagandized.

Hi my name’s Maga McBootlick. I fight the establishment by cheerleading for the US President, I oppose war by supporting the same Middle East agendas as Dick Cheney, John Bolton and Bill Kristol, and I love the Iranian people so much I want to kill them with starvation sanctions.

I can’t believe I’ve spent a week and a half arguing with Republicans who insist that assassinating a nation’s top general is perfectly sane and normal and fine. No, idiots. No.

Trump supporters keep telling me how upset they are that I’m dedicating so much time and energy to criticizing his Iran warmongering. The mental irritation you experience when I criticize your president is called cognitive dissonance. It’s what being wrong feels like.

The UN’s ‘woke’ climate change propaganda is an insult to science, by Sherelle Jacobs

Whatever many of the so-called scientists involved with climate change and catastrophic predictions are doing, it’s not science. From Sherelle Jacobs at The Daily Telegraph via zerohedge.com:

I was always a ‘middle-grounder’, rather than a ‘denier’ – until I discovered the extent of the dishonesty

The climate change “emergency” is fake news. Many will roll their eyes in exasperation at the conspiratorial bombastry of yet another “denier”. But for years I have been a plastic recycling, polar bear cooing middle-grounder. In fact, Aristotle would probably turn in his grave at the logical fallaciousness of my long-held presumption that the truth must lie somewhere between those two mutually loathing opposites – Scepticism and Armageddon.

But as the doom-mongering acquires the rubber-stamped smell of instutionalised illness, it is impossible to ignore that the “woke” are the new “slept” – too deep in their sugar coma of confected hysteria to realise they are being duped by disinformation.

Before I explain why the climate “emergency” is the most electrifyingly effective propaganda exercise of the 21st century, two clarifications. I have no fight to pick with glaring evidential realities: surface records clearly show the planet is getting warmer. Nor do I have a culture war-bloodied axe to grind with the fundamental chemistry: carbon dioxide indisputably contributes to the greenhouse effect. But I do take issue with how the mainstream debate has become an insult to both the public’s intelligence and basic science.

The Art of Doublespeak: Bellingcat and Mind Control, by Edward Curtin

Propaganda is often quite subtle. From Edward Curtin at lewrockwell.com:

In the 1920s, the influential American intellectual Walter Lippman argued that the average person was incapable of seeing or understanding the world clearly and needed to be guided by experts behind the social curtain.  In a number of books he laid out the theoretical foundations for the practical work of Edward Bernays, who developed “public relations” (aka propaganda) to carry out this task for the ruling elites.  Bernays had honed his skills while working as a propagandist for the United States during World War I, and after the war he set himself up as a public relations counselor in New York City.

END_OF_DOCUMENT_TOKEN_TO_BE_REPLACED

The Woke Media: Apologists for the State, by William L. Anderson

The mainstream media is one of the government’s most fervent propagandists. From William L. Anderson at mises.org:

In an earlier article, I looked at the rise of “Woke Capitalism” and the challenges that this development presents for a free society (or, to be accurate, a somewhat free society). For the time being we probably do not need to worry about the establishment of the People’s Republic of Google, but a much greater problem than left-wing business corporations has invaded our body politic: The Woke Mainstream Media.

It is one thing for Nike to discontinue a line of sneakers because the Betsy Ross flag offended someone or for PayPal to refuse to serve as a pay conduit for a conservative organization. One may decry the narrow-minded thinking from company executives, but they are private outfits that have — and should have — the privilege of refusing to do business with certain people — and if they make a bad economic choice, the company will pay financially. And, as I pointed out in the article, corporations are not governments, which really can kill and cage people who are helpless against state-sponsored predations.

END_OF_DOCUMENT_TOKEN_TO_BE_REPLACED

Once upon a time skeptics of the Official Iraq Story were labeled “conspiracy theorists.” Now they’re labeled “correct.” From Caitlin Johnstone at caitlinjohnstone.com:

I watched the film Official Secrets the other day, which I highly recommend doing if you want to rekindle your rage about the unforgivable evil that was the Iraq invasion.

Which is a good thing to do, in my opinion. Absolutely nothing was ever done to address the fact that a million people were murdered with the assistance of government lies just a few short years ago; no new laws were passed mandating more government transparency or accountability with its military operations, no war crimes tribunals took place, no new policies were put into place. No one even got fired. In fact we’ve seen the exact opposite: the people responsible for unleashing that horror upon our species have been given prestigious jobs in government and media and the US government is currently collaborating with the UK to set the legal precedent for charging under the Espionage Act any journalist in the world who exposes US war crimes.

The corrupt mechanisms which gave rise to the Iraq invasion still exist currently, stronger than ever, and its consequences continue to ravage the region to this very day. The Iraq war isn’t some event that happened in the past; everything about it is still here with us, right now. So we should still be enraged. You don’t forgive and forget something that hasn’t even stopped, let alone been rectified.

How Socialized Medicine Kills The Patient & Robs The Taxpayer, by Thomas DiLorenzo

Socialized medicine and the efforts to sell it in the US are both built on lies. Excerpted from Thomas DiLorenzo’s book The Problem with Socialism… via zerohedge.com:

When it comes to something as important as healthcare, the last thing anyone should want is for the entire system to become a government-run monopoly… 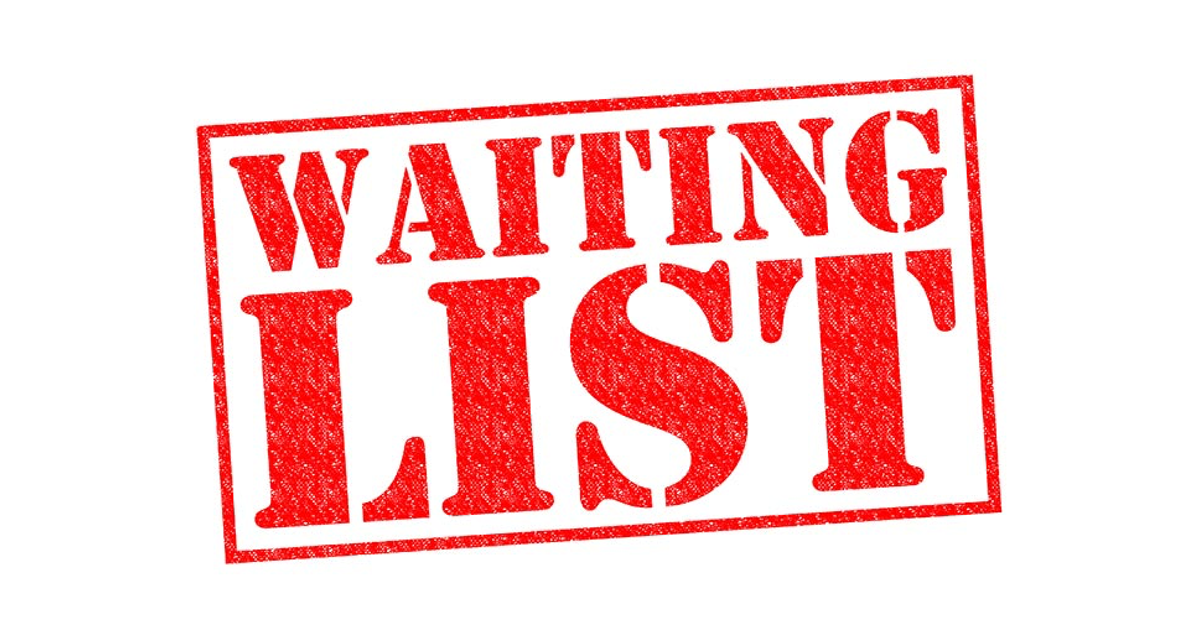 In fact, socialist healthcare is based almost entirely on deception.

It works this way:

…As any freshman economics student should know, declaring anything to be a “free” good or service will cause an explosion of demand, which in turn will ratchet up the costs of providing the good or service.

Propaganda Narratives Are Custom-Made For Each Ideological Echo Chamber, by Caitlin Johnstone

Propoganda narratives are primarily geared to red team or blue team. From Caitlin Johnstone at caitlinjohnstone.com:

Yesterday I started a thread on Twitter lamenting the fact that support for WikiLeaks and Julian Assange has been eroded all across the political spectrum since 2016 by the establishment smear campaign.

I started the thread because I’d just been reflecting on how some of the first clumsy articles I ever wrote for this gig were basically just me marvelling at how support for Assange had united Berners, Trumpers, Greens, anarchists, libertarians and hackers against those who sought to silence him. Yet today I routinely see people from those factions smearing him because, at some point between then and now, an establishment propaganda narrative got through to them.

Welcome to the USSR: the United States of Suppression and Repression, by Charles Hugh Smith

The powers that be have their narrative—propaganda—which is running into widespread cognitive dissonance because it’s a complete misrepresentation of reality. Most of us have to deal with reality every day. From Charles Hugh Smith at oftwominds.com:

When propaganda is cleverly engineered, people don’t even recognize it as propaganda: welcome to the USSR, the United States of Suppression and Repression. The propaganda in the U.S. has reached such a high state that the majority of people accept it as “pravda” (truth), even as their limbic system’s BS detector is sensing there is a great disturbance in the Force.

Inflation is a good example. The official (i.e. propaganda) inflation rate is increasingly detached from the real-world declines in the purchasing power of the bottom 80%, yet the jabbering talking heads on TV repeat the “low inflation” story with such conviction that the dissonance between the “official narrative” and the real world must be “our fault”–a classic technique of brainwashing.

To give some examples: healthcare is over 18% of the nation’s GDP, yet it makes up only 8.7% of the Consumer price Index. Hundreds of thousands of families have to declare bankruptcy as a result of crushing healthcare bills, but on the CPI components chart, it’s a tiny little sliver just a bit more than recreation (5.7%).