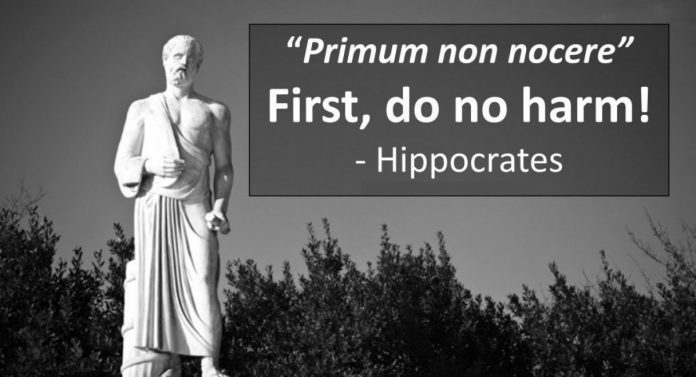 Ivermectin, Covid-19, And Why It Could Be Miraculous, by Ira Katz

Here’s an article that provides plenty of scienctific ammunition for people making the case for Ivermectin. From Ira Katz at lewrockwell.com:

I hope you have heard about Ivermectin, not only because of its almost miraculous development, efficacy and safety; but also because it could become the ultimate red pill.

First the history of Ivermectin. I quote at length from an important review paper by Dr. Pierre Kory (and others notably Dr. Paul Marik) of Front Line doctors. The Front Line Covid-19 Critical Care Alliance is the source of the best medical protocols for treating Covid-19. I have left the reference links in the passage.

In 1975, Professor Satoshi Omura at the Kitsato institute in Japan isolated an unusual Streptomyces bacterium from the soil near a golf course along the southeast coast of Honshu, Japan. Omura, along with William Campbell, found that the bacterial culture could cure mice infected with the roundworm Heligmosomoides polygyrus. Campbell isolated the active compounds from the bacterial culture, naming them “avermectins” and the bacterium S. avermitilis for the compounds’ ability to clear mice of worms.7 Despite decades of searching around the world, the Japanese microorganism remains the only source of avermectin ever found. Ivermectin, a derivative of avermectin, then proved revolutionary. Originally introduced as a veterinary drug, it soon made historic impacts in human health, improving the nutrition, general health, and well-being of billions of people worldwide ever since it was first used to treat onchocerciasis (river blindness) in humans in 1988. It proved ideal in many ways, given that it was highly effective, broad-spectrum, safe, well tolerated, and could be easily administered.7 Although it was used to treat a variety of internal nematode infections, it was most known as the essential mainstay of 2 global disease elimination campaigns that has nearly eliminated the world of two of its most disfiguring and devastating diseases. The unprecedented partnership between Merck & Co. Inc, and the Kitasato Institute combined with the aid of international health care organizations has been recognized by many experts as one of the greatest medical accomplishments of the 20th century. One example was the decision by Merck & Co to donate ivermectin doses to support the Mectizan Donation Program that then provided more than 570 million treatments in its first 20 years alone.8 Ivermectin’s impacts in controlling onchocerciasis and lymphatic filariasis, diseases which blighted the lives of billions of the poor and disadvantaged throughout the tropics, is why its discoverers were awarded the Nobel Prize in Medicine in 2015 and the reason for its inclusion on the World Health Organization’s (WHO) “List of Essential Medicines.” Furthermore, it has also been used to successfully overcome several other human diseases and new uses for it are continually being found.7”

Sorting out who did what in the Covid-19 misinformation effort, particularly it origins and effective treatments for it. From Meryl Nass, MD at theburningplatform.com:

Could four key public health officials have been intimately involved in the creation of the pandemic, as well as the prolongation and improper treatments used during the pandemic? 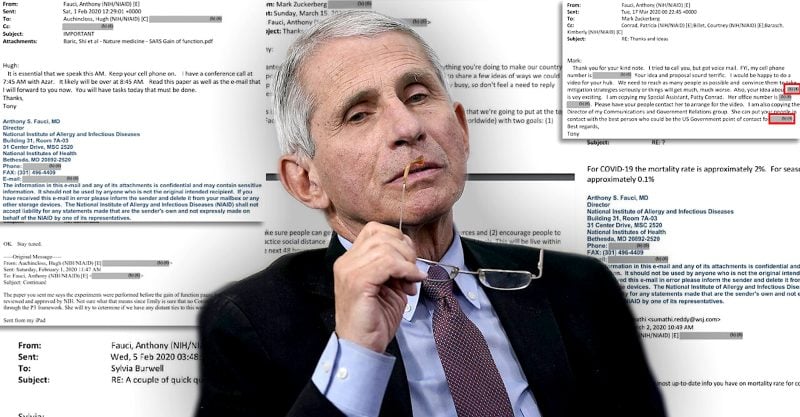 In early 2020, there was a lot of chatter about where the virus, later named SARS-CoV-2, actually came from.

In an excellent, detailed article written earlier this month for the Bulletin of the Atomic Scientists, former New York Times science writer Nicholas Wade described how two short pieces published in March 2020 — one in The Lancet and one in Nature Medicine — determined how this chatter would be channeled to the public.

These two extraordinarily influential pieces, each published under the heading “correspondence,” were parroted by mainstream media for a year. Both were plainly intended to shut down any discussion of the possibility that the virus originated in a lab.