Shut Down Joe, by Eric Peters

The agenda is clear: shut down as much as possible, regardless of the cost to the economy or in human life. From Eric Peters at ericpetersautos.com: 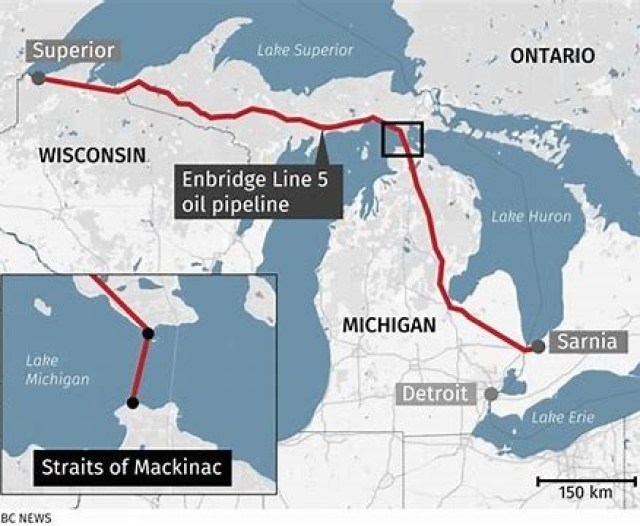 Word is out that – contrary to initial denials – the Biden Thing will issue another ukase (that is, a decree) shutting down the Line 5 pipeline that currently sends more than a half-million barrels’ worth of oil per day to the United States from Canada.

Of course, it’s phrased otherwise. The regime is merely “studying” it. You know, like it “studied” issuing a ukase that every American worker be threatened with loss of job and livelihood as the “incentive” to make them roll up their sleeves.

Shutting down Line 5 will have catastrophic practical and economic effects on the supply of oil – in the United States – because there is nothing on tap, so to speak, to make up for the impending loss. The Biden regime seems determined to close off the tap; which is to say the Biden regime is consciously trying to squeeze (and quite literally) freeze the people of the United States.

This will happen because of two things, one of them obvious. Less oil means less fuel. For cars as well as homes heat with oil. The effect will be especially harsh in the Midwest, where the freeze comes sooner, is harder – and lasts longer.

But everyone is going to pay more for gas – and oil – and everything else connected with  oil and gas.

Which is essentially everything – including food and not only because it will cost more to truck the food from where it grows and where it’s raised to where it’s bought. Oil fuels agriculture – via fertilizer – without which the amount of food currently grown cannot be sustained. Cows and chickens and pigs eat the produce of agriculture before we eat them. When they have less to eat, there are less of them for us to eat. When it costs more to feed them, it costs us more to eat.

That is just one of the cascading effects to expect as a result of the Biden ukase. 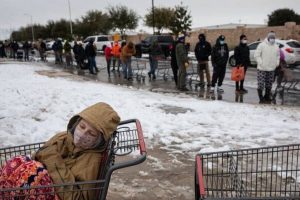 Which ukase is justified by the regime as being necessary for the “environment.” In fact, it is necessary for the agenda of this regime, which is determined to make the cost of living higher so as to make its forced electrification agenda seem less expensive. If it costs the same to heat your home using fuel oil as it does to use electricity, then – so the logic goes – people will not mind being forced to buy just electricity.