A Question For Leftists: Why Are All The Evil People On Your Side? by Brandon Smith

Pick any right supposedly guaranteed in the Constitution, and ask yourself which political persuasion is the one that wants to eliminate it. From Brandon Smith at alt-market.us: 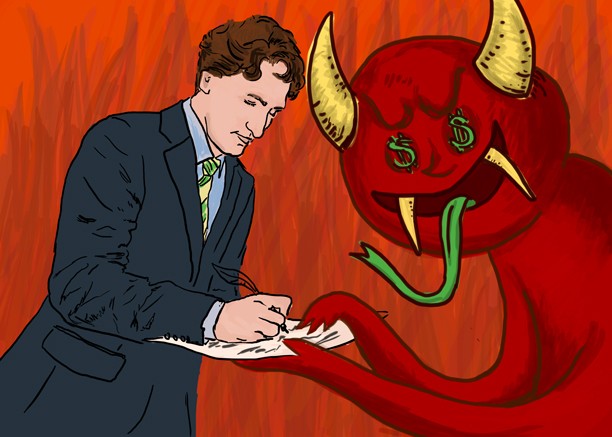 The media these days is saturated with tales of “evil conservatives” and our heinous plans for world domination through “insurrection”. In fact, most mainstream articles that cover recent events including the election and the protests at the capitol make a point to always mention “white supremacy” and “terrorism” in the same breath as the word “conservative”. This is an entirely deliberate propaganda tactic called “word association” or “word redefinition”; change the subtext of a word or group label in the minds of the masses and you can often change perception from positive to negative.

In other words, Conservative = Racist/Terrorist. It doesn’t matter if it’s not true, it just matters that people are conditioned to subconsciously make the connection.

How about an example:

I’ve offered numerous criticisms of Trump and his administration over the years, but none of those criticism had anything to do with what leftists have been regurgitating since 2016. To them, Trump’s “racism” was verified fact, yet when I ask any social justice warrior to produce an actual quote of Trump saying something racist, they can’t seem to dig anything up.

By extension, leftists have a bizarre obsession with Russia and the theory that Russia is an ever present hand of god in US politics, yet, none of them can produce any concrete proof that Russia has meaningful influence in American elections or affairs.

The political left has committed itself to a fantasy world; a parallel universe. They deeply believes in things that never happened, and treat those beliefs as sacrosanct. Why? Probably because their movement is infected with people that are easily manipulated by word redefinitions and false associations. Are they victims of propaganda? Sure. Are they innocent? No, not really.