Joe Biden is Recreating “The Camp of The Saints” at the US Border , by Revolver

In Camp of the Saints, politicians don’t have the courage to reject the demands of boatloads of immigrants seeking the unearned. Real life is following that script on the southern border of the US. From revolver.news: 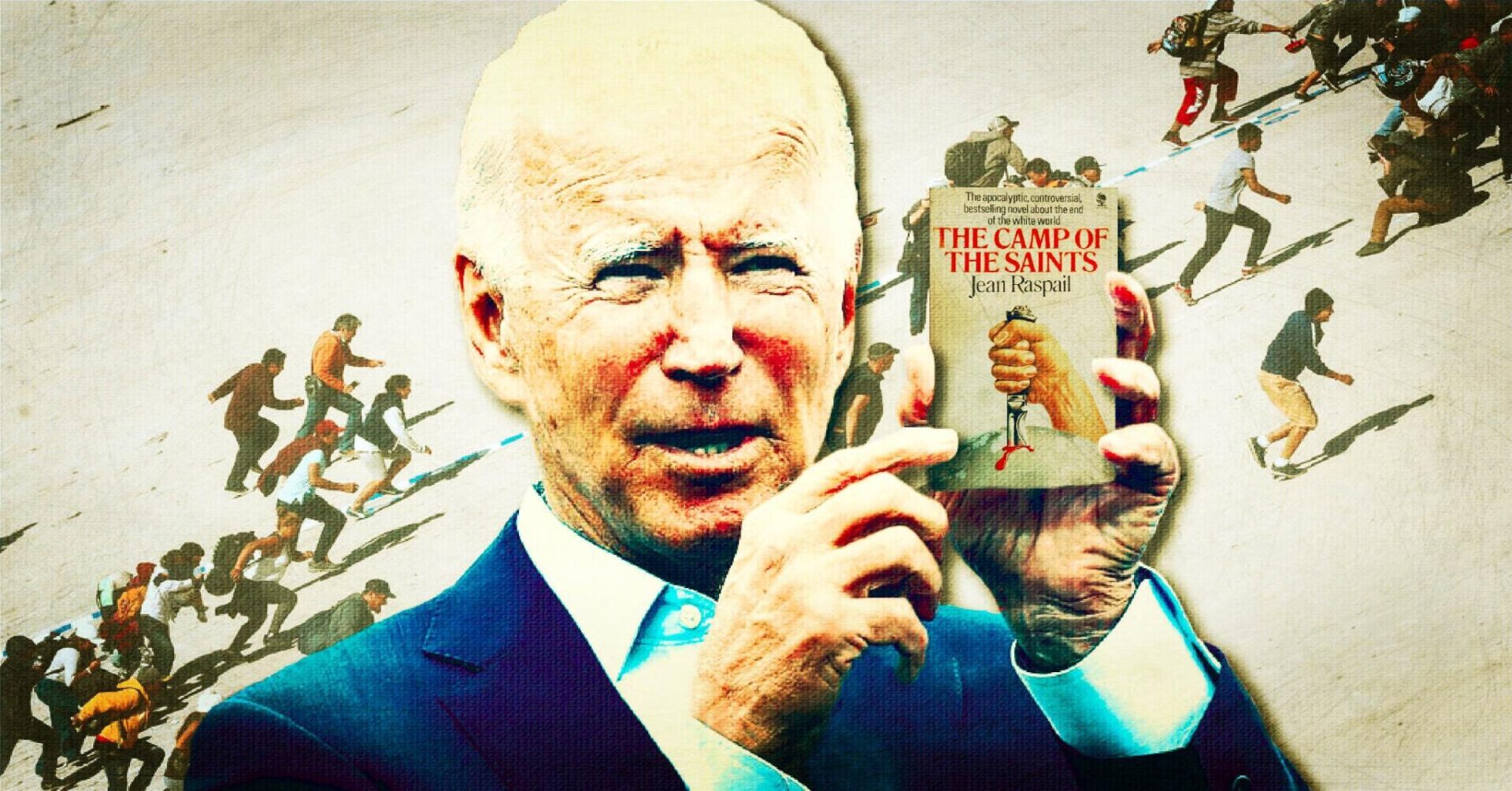 Camp of the Saints is no longer fiction. The Biden administration has made it reality along the U.S.-Mexico border. Right before our eyes, the government of the United States is deciding that, in fact, the United States doesn’t really exist at all.

In Jean Raspail’s 1973 novel, a vast horde of starving Indians commandeers a flotilla of decrepit ships in the harbor of Calcutta. The flotilla sets sail for Europe, and slowly creeps around the Cape of Good Hope, past Sao Tome, through the Strait of Gibraltar, and finally descends upon southern France. As the fleet approaches, French society is first convulsed first by political infighting, then by panic, and finally by collapse.

Six months ago, Revolver listed Camp as one of eight books to read while you still can. We wrote then:

The thesis of The Camp of the Saints is simple: That the very traits that made the West so successful and so widely-imitated would eventually be its undoing. The West’s openness and egalitarianism led to widespread prosperity. But those same moral sensibilities, Raspail argues, mean that while the West could easily vanquish a normal military threat, it will be politically unable to justify its own success. If the impoverished, backwards masses of the Third World demand the wealth of the West, the West will submit even if it ultimately means the loss of its prosperity, its independence, its culture, its very existence. Nearly a half-century later, with Western elites eagerly waving in caravans from Central America and literal boatloads from Africa, Raspail’s foresight looks remarkable.

Six months ago, Raspail was prescient. Today, his vision is so accurate one wonders if he was a time traveler.