The Illegal Immigration Crisis: It’s All About New Covid Lockdowns, by Brandon Smith

Have the new world order types created an immigration crisis in order to institute more lockdowns and other totalitarian measures? From Brandon Smith at alt-market.com: 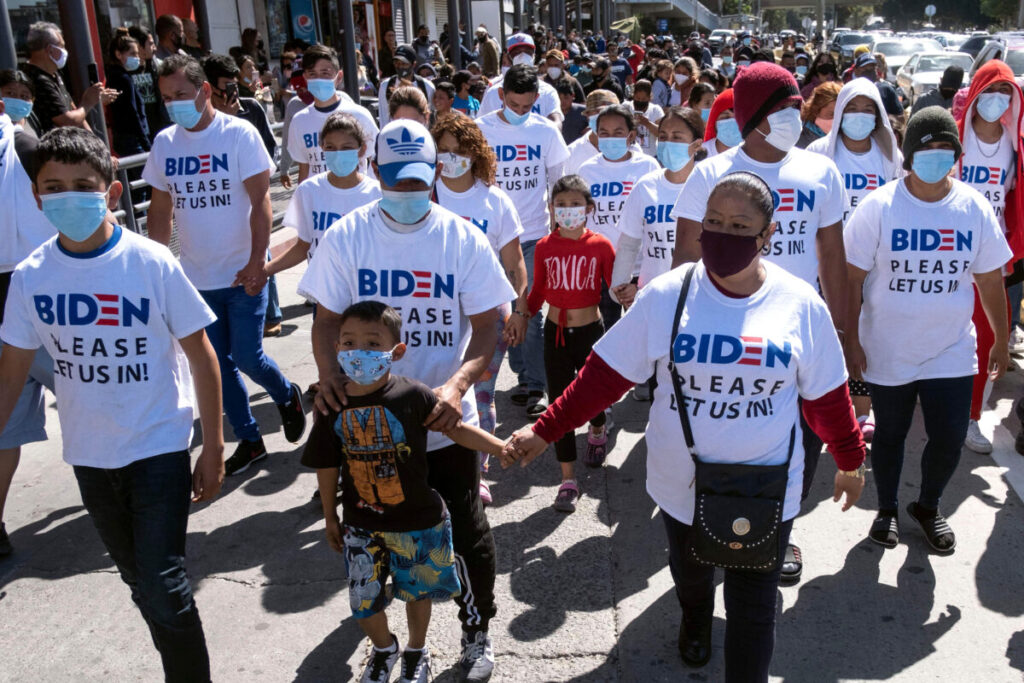 In multiple articles I have published recently I outlined why an attempt at a new national covid lockdown in the US is inevitable. In my article ‘The Real Reasons Why Millions Of Americans Will Defy Covid Mandates And Vaccines’, I examined new polling numbers which show that a vast portion of the US population is refusing to comply with medical controls. The bottom line is this: Covid is a non-threat to 99.7% of the public, and the citizenry is getting wise to this fact. However, there are certain people that NEED the pandemic lockdowns to continue regardless of what the public wants.

The Biden Administration and its globalist handlers have BIG plans for the next few years, and all of it relies on pandemic fears and totalitarian restrictions.

The “Great Reset”, as Klaus Schwab and the World Economic Forum calls it, is never going to happen unless global populations are locked down and placed under control. Unconstitutional pieces of legislation that undermine or destroy the 2nd Amendment, like HR 127, will be impossible to enact if Americans are organized and unified to resist. Carbon taxation and “shared economy” policies will never be allowed to touch ground. Conservative Americans and many moderates will stamp out such measures like cockroaches within their own states. Law enforcement agencies in most areas would have no interest in being used as cannon fodder to enforce them.

The only option the globalists have at this stage is to barrel forward with the pandemic narrative despite the fact that Covid has turned out to be a hollow issue with a death rate of 0.26% outside of nursing home patients. At least half the country is ready to revolt over the mandates, and almost half the country is refusing to take the vaccines or accept medical passports. That is millions of people that are laughing in the face of the Reset agenda.

GOP Moves To Save Biden: We Want Amnesty, Too! by Ann Coulter

You would think after Trump rode the immigration issue to the presidency that the Republicans would eschew their pre-Trump, Democrat-lite immigration proposals. However, it’s not called the stupid party for no reason. From Ann Coulter at anncoulter.com:

President Joe Biden’s immigration bill will put virtually all illegal immigrants on a bullet train to citizenship, provided that they meet the onerous requirement of claiming to have entered the country before Jan. 1, 2021. Only terrorists and convicted felons are excluded — at least in theory, but past experience suggests they’ll get amnesty, too. Even illegal immigrants who’ve already been deported will be invited back and given amnesty.

So far, the Republicans’ response has been to propose their own amnesty, while throwing in some boob-bait for the rubes about border security.

Even the election of Donald Trump, a ridiculous creature who became president by promising to crack down on illegal immigration and build a wall (promises he ignored), hasn’t put a dent in Washington’s enthusiasm for overwhelming the country with the third world.

On this, the parties are united! The only difference is, Republicans lie to the voters about securing the border.

Under Biden’s immigration bill, a gigantic number of illegals will be given green cards immediately and will be eligible for citizenship in three years — just in time for the 2024 election.

That includes all Dreamers (who entered as minors — or say they did); those who came in as temporary agricultural workers (or say they did); and any illegals who have been granted Temporary Protected Status because of some disaster in their home countries.

Biden’s bill doesn’t even include the usual false promises of border security. That’s where Republicans come in!

Sen. Rick Scott, R-Fla., is floating a bill that would grant amnesty to Dreamers in exchange for vague promises of a border wall system.

A border wall system should not be confused with a border wall. It’s easy enough to write “wall.” So why didn’t he do that?

With 13,000 ‘Kids In Cages’, We Remember When Biden Vowed To “Flood The Border” When Elected, by Tyler Durden

Biden’s immigration policy is a free-for-all (pun intended) fiasco, but the Democrats don’t mind. Most of the new entrants will be casting votes for Democrats. From Tyler Durden at zerohedge.com:

As Congressional GOP push the line that President Biden created the current border crisis thanks to his early executive actions on immigration and a ‘pathway to citizenship,’ and White House officials insisting it isn’t a crisis, let’s first take a trip down memory lane and review what Biden said during the first Democratic primary debate.

In response to a question on immigration, Biden said that he would make sure there would be an “immediate surge to the border.” While it’s unclear from his answer who exactly would be doing the surging, he also insisted that ‘people seeking asylum deserve to be heard.’

In the first Democratic primary debate, Biden says when he’s president, illegal immigrants should “immediately surge to the border” pic.twitter.com/Fq1vCNEN75

Fast forward to today, as the border crisis – which is exactly what it is – worsens:

As Summit News’ Steve Watson detailed earlier, the crisis at the border continues to accelerate, as CBS News reported Tuesday that there are now more than 13,000 unaccompanied migrant children being held in prison like cells by US authorities. 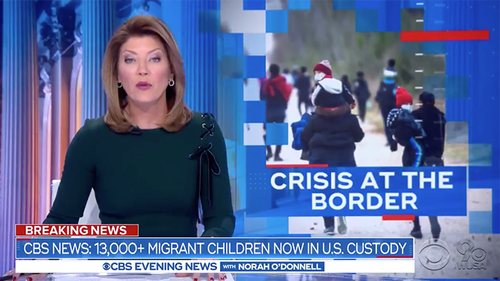 “Days Away From A Crisis”: 100,000 Illegal Immigrants Arrested At US Mexico Border; Most For February In 15 Years, by Tyler Durden

Democratic representatives from Texas districts bordering Mexico are none too happy with the Biden administration’s immigration policies. From Tyler Durden at zerohedge.com:

his may come as a shock to Joe Biden supporters.

Rep. Henry Cuellar (D-Texas), whose Congressional district lies near the U.S.-Mexico border, warned that more than 10,000 illegal immigrants have been apprehended in a single border sector in Texas in about a week, with Reuters adding that a stunning 100,000 migrants were detained at the border in February, the highest arrest total for the month of February since 2006.

“We are weeks, maybe even days, away from a crisis on the southern border. Inaction is simply not an option,” the Texas Democrat said in a news release on Thursday.

“Our country is currently unprepared to handle a surge in migrants in the middle of the pandemic.”

As The Epoch Times’ Jack Phillips notes, in recent days, Cuellar has issued warnings about what appears to be a looming humanitarian crisis at the border, adding that it will spread COVID-19 in southern Texas and other border communities. But now, his office has released figures showing Border Patrol in the Rio Grande Valley arrested about 10,000 illegal immigrants in the past week alone, according to the release, while adding that some 2,500 illegal immigrants have been apprehended in the past two days since the press statement was released.