How States and Communities Can Fight Back Against Biden’s COVID Tyranny, by Brandon Smith

Political subdivisions that neither want to be bossed around nor boss their constituents around are certainly not without recourse in the current battle against totalitarianism. From Brandon Smith at alt-market.us: 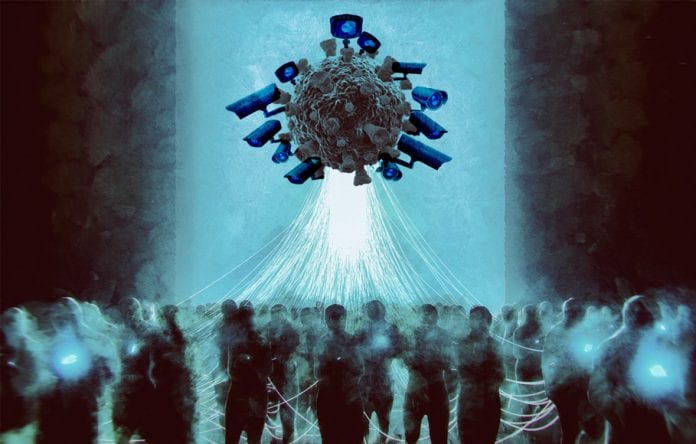 A war is coming. I have heard it argued that this war must be avoided; that it is “exactly what the establishment wants.” I disagree. I think globalists like those at the World Economic Forum certainly want enough chaos to provide cover for the implementation of their global “Reset” agenda, but they don’t want a full blown rebellion. They only want events in which the outcome is controllable or predictable – They do not want a massive organized resistance that might surprise them.

Ultimately it doesn’t matter because the war is already at our doorstep. A person has two choices: Fight or be enslaved. There is no third option. There is no walking away. There is no hiding from it and there is no passive solution to it.

Joe Biden’s recent declaration of a federal level nationwide vaccine mandate has all but ensured that conflict is inevitable. Why?  Because it is the first major step towards a two-tier society in which the unvaxxed are cut out of the economy. The next step? Forced vaccinations under threat of fines and imprisonment, the threat of confiscation of one’s children, or vaccination at the barrel of a gun. Needless to say, this was not at all surprising to me. In December of last year I published an article titled ‘If You Thought 2020 Was Bad, Watch What Happens In 2021’, stating that:

“There will then be a major push to require medical passports proving a person is not infected to enter into any public place. This means submission to 24/7 contact tracing or getting a new vaccine whenever ordered to. Basically, your life will be under the total control of state or federal governments if you want to have any semblance of returning to your normal life…..New mutations of COVID-19 will be conveniently found every year from now on, meaning the public will have to get new vaccinations constantly, and medical tyranny will never go away unless people take an aggressive stand.”

I have also mentioned often in the past that Biden WOULD institute federal level vaccines mandates and possibly even Level 4 lockdowns. We are not to the point yet of lockdowns by executive order, but the Biden Administration is trying to dive headlong into the control agenda with an executive order stating that all businesses in the US with 100 employees or more must require those employees to provide proof of vaccination or demand employees show a negative covid test weekly (which will be impossible for most people). In other words, the Orwellian rise of vaccine passports has officially begun in the US.