Doug Casey’s 2021 Predictions for Bitcoin, Gold, US Politics, and More…

In general, things are going to get a lot worse. From Doug Casey at internationalman.com: 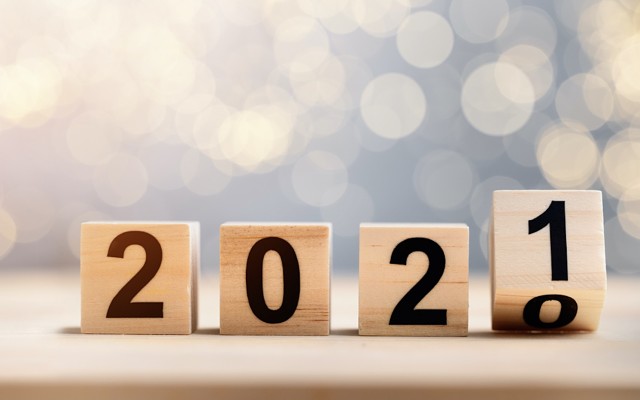 Editor’s Note: 2020 was an unprecedented year. A global pandemic and the subsequent hysteria unleashed a tidal wave of government restrictions, limits on individual freedoms, and economic destruction.

In 2021, the US will have a new president, the impacts of government response to COVID will become apparent, and the money printing will accelerate. Below, International Man founder Doug Casey shares his predictions for the year ahead, including where bitcoin and gold are headed, the government’s plan for a digital dollar (FedCoin), potential geopolitical risks, and more.

The Political Situation and a Biden Presidency

I’m going to keep this article short, just hitting a few of the high points—or low points—of the coming year. Which will, I’m afraid, set the tone for the whole decade.

As Yogi Berra said, “It ain’t over ’til it’s over.” But it looks as if a Biden/Harris regime will replace the Trump regime.

I’ve explained my very mixed feelings about Trump many times before. Whatever his faults, the people in control of the Democrat party are much more dangerous. To start with, they egregiously stole the US election.

The political situation guarantees chaos because the red people and the blue people actually hate each other, which is why I’ve talked about the possibility of a civil war over the last couple of years. It’s either that or a breakup of the US. Or a police state to keep a lid on the political pressure cooker.

As far as the economy is concerned, at this point, it hardly matters who assumes the presidency; the Greater Depression is absolutely baked in the cake. The creation of trillions of new currency units will only make it worse. Except possibly for the stock market over the short run, as people look for someplace to offload their dollars. You can expect violence. Germany in the ’20s, or Latin America cyclically, would seem to be good models.

Forecast 2021 — Chinese Fire Drills with a side of French Fries (Jacobin-style) and Russian Dressing, by James Howard Kunstler

Jim Kunstler has a long list of provocative and contrarian predictions. From Kunstler at kunstler.com:

As I write, the presidential election is still not resolved, with dramatic events potentially unfolding in the first days of the New Year. I’m not convinced that Mr. Trump is in as weak a position as the news media has made him out to be in these post-election months of political fog and noise. The January 6 meet-up of the Senate and House to confirm the electoral college votes may yet propel matters into a constitutional Lost World of political monsterdom. The tension is building. This week’s public demonstration by one Jovan Hutton Pulitzer of the easy real-time hackability of Dominion Voting Systems sure threw the Georgia lawmakers for a loop, and that demo may send reverberations into next Wednesday’s DC showdown.

There may be some other eleventh-hour surprises coming from the Trump side of the playing field. As I averred Monday, we still haven’t heard anything from DNI Ratcliffe, and you can be sure he’s sitting on something, perhaps something explosive, say, evidence of CIA meddling in the election. There have been ominous hints of something screwy in Langley for weeks. The Defense Dept., under Secretary Miller, took over all the CIA’s field operational functions before Christmas — “No more black ops for you!” That was a big deal. There were rumors of CIA Director Gina Haspel being in some manner detained, deposed and…talking of dark deeds. She was, after all, the CIA’s London station-chief during the time that some of the worst RussiaGate shenanigans took place there involving the international men-of-mystery, Stefan Halper, Josepf Mifsud, and Christopher Steele. Mr. Ratcliffe seemed to be fighting with the CIA in the weeks following the election over their slow-walking documents he had demanded.