Is the fix in on the pending report from Inspector General Michael Horowitz? Don’t be too surprised if it is. From Tyler Durden at zerohedge.com:

In late September, RealClearInvestigations‘ Paul Sperry suggested that Inspector General Michael Horowitz – tasked with investigating and exposing wrongdoing at the highest levels – was feared to be pulling punches in order to protect establishment darlings in his upcoming report on the Russia investigation. 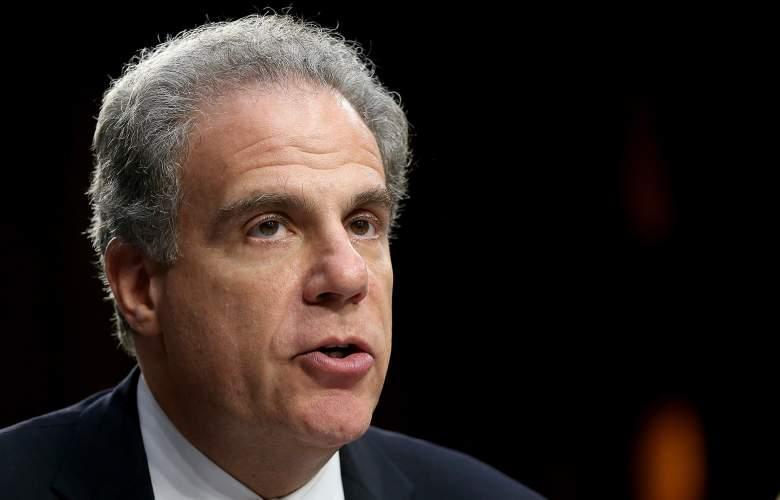 Now we learn that Horowitz, who volunteered on several Democratic political campaigns while in college and is married to a former liberal political activist, Obama donor and CNN employee, is expected to conclude that the FBI didn’t spy on the Trump campaign. 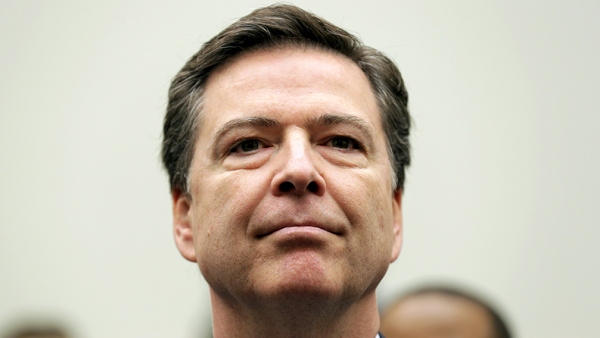 We’ll soon find out if Michael Horowitz is the real deal or just another Deep State operative on a damage control mission. From Sara Carter at saracarter.com:

Department of Justice Inspector General Michael Horowitz’s much anticipated report on his investigation into the FBI’s probe into President Trump’s campaign is expected to be made public before Thanksgiving and the outcome is alleged to contain several criminal referrals, according to sources who spoke with SaraACarter.com.

Horowitz’s investigation on the bureau’s probe into the now debunked theory that Trump colluded with Russia in the 2016 presidential election will more than likely result in the declassification of documents — requested by senior Republican lawmakers for more than several years. These are the same documents President Trump turned over to Attorney General William Barr in May,  giving him ‘full and complete authority” to declassify.

END_OF_DOCUMENT_TOKEN_TO_BE_REPLACED

Inspector General Michael Horowitz – tasked with investigating and exposing wrongdoing at the highest levels – is feared by some to be pulling punches in order to protect establishment darlings, according to RealClear Investigations‘ Paul Sperry. 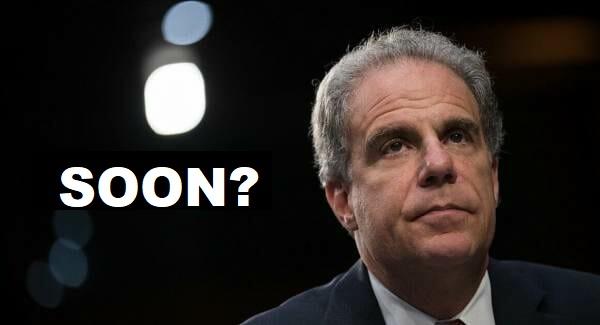 Of note, Horowitz “volunteered on the political campaigns of several Democrats while in college and later donated to the campaign of Colorado Sen. Michael Bennet, a former colleague who is seeking the 2020 Democratic presidential nomination – and who has slammed Trump’s praise of Russian President Vladimir Putin,” according to Sperry.

James Comey played many ends against the middle, telling people, including Trump, that he was or wasn’t investigating the president. From Paul Sperry at realclearinvestigations.com:

It is one of the most enduring and consequential mysteries of the Trump-Russia investigation: Why did former FBI Director James Comey refuse to say publicly what he was telling President Trump in private — that Trump was not the target of an ongoing probe?

That refusal ignited a chain of events that has consumed Washington for more than two years – including Comey’s firing by Trump, the appointment of Special Counsel Robert Mueller, and ongoing claims that Trump obstructed justice.

The report of Inspector General Michael Horowitz is expected in September. Top photo: Then FBI Director James Comey shakes hands with the new President on Jan. 22, 2017.
AP Photo/Manuel Balce Ceneta
Top credit: AP Photo/Alex Brandon
Now an answer is emerging. Sources tell RealClearInvestigations that Justice Department Inspector General Michael Horowitz will soon file a report with evidence indicating that Comey was misleading the president. Even as he repeatedly assured Trump that he was not a target, the former director was secretly trying to build a conspiracy case against the president, while at times acting as an investigative agent.

Two U.S. officials briefed on the inspector general’s investigation of possible FBI misconduct said Comey was essentially “running a covert operation against” the president, starting with a private “defensive briefing” he gave Trump just weeks before his inauguration. They said Horowitz has examined high-level FBI text messages and other communications indicating Comey was actually conducting a “counterintelligence assessment” of Trump during that January 2017 meeting in New York.

In addition to adding notes of his meetings and phone calls with Trump to the official FBI case file, Comey had an agent inside the White House who reported back to FBI headquarters about Trump and his aides, according to other officials familiar with the matter.

Although Comey took many actions on his own, he was not working in isolation. One focus of Horowitz’s inquiry is the private Jan. 6, 2017, briefing Comey gave the president-elect in New York about material in the Democratic-commissioned dossier compiled by ex-British intelligence officer Christopher Steele. Reports of that meeting were used days later by BuzzFeed, CNN and other outlets as a news hook for reporting on the dossier’s lascivious and unsubstantiated claims.

END_OF_DOCUMENT_TOKEN_TO_BE_REPLACED

Real Takeaway: The FBI Influenced the Election of a President, by Peter Van Buren

Peter Van Buren identifies the most important conclusion to emerge from Michael Horowitz’s report. From Van Buren at theamericanconservative.com:

It will be easy to miss the most important point amid the partisan bleating over what the Department of Justice Office of Inspector General report on the FBI’s Clinton email investigation really means.

While each side will find the evidence they want to find proving the FBI, with James Comey as director, helped/hurt Hillary Clinton and/or maybe Donald Trump, the real takeaway is this: the FBI influenced the election of a president.

In January 2017 the Inspector General for the Department of Justice, Michael Horowitz (who previously worked on the 2012 study of “Fast and Furious”), opened his probe into the FBI’s Clinton email investigation, including public statements Comey made at critical moments in the presidential campaign. Horowitz’s focus was always to be on how the FBI did its work, not to re-litigate the case against Clinton. Nor did the IG plan to look into anything regarding Russiagate.

In a damning passage, the 568 page report found it “extraordinary and insubordinate for Comey to conceal his intentions from his superiors… for the admitted purpose of preventing them from telling him not to make the statement, and to instruct his subordinates in the FBI to do the same. By departing so clearly and dramatically from FBI and department norms, the decisions negatively impacted the perception of the FBI and the department as fair administrators of justice.” Comey’s drafting of a press release announcing no prosecution for Clinton, written before the full investigation was even completed, is given a light touch though in the report, along the lines of roughly preparing for the conclusion based on early indications.

Attorney General Loretta Lynch is criticized for not being more sensitive to public perceptions when she agreed to meet privately with Bill Clinton aboard an airplane as the FBI investigation into Hillary unfolded. “Lynch’s failure to recognize the appearance problem… and to take action to cut the visit short was an error in judgment.” Her statements later about her decision not to recuse further “created public confusion and didn’t adequately address the situation.”

The report also criticizes in depth FBI agents Peter Strzok and Lisa Page, who exchanged texts disparaging Trump before moving from the Clinton email to the Russiagate investigation. Those texts “brought discredit” to the FBI and sowed public doubt about the investigation, including one exchange that read, “Page: “[Trump’s] not ever going to become president, right? Strzok: “No. No he’s not. We’ll stop it.” Another Strzok document stated “we know foreign actors obtained access to some Clinton emails, including at least one secret message.”

To continue reading: Real Takeaway: The FBI Influenced the Election of a President

James Kunstler saves SLL the trouble of having to write about the Inspector General’s report. From Kunstler at kunstler.com:

The FBI brass must have needed hazmat suits to scrub DOJ Inspector General Michael Horowitz’s report on agency misconduct around the 2016 elections. The result of their mighty exertions is something like 500 pages of pasteurized tofu. I will be surprised if a new scandal does not erupt over exactly how the scrubbing went down, and I wouldn’t count out the possibility of the original unscrubbed report emerging from deep inside the FBI itself. You have to wonder how embarrassed Mr. Horowitz is, and whether he, or others seeking to defend his integrity, might do anything about it.

In any case, the report managed to whitewash or evade altogether the most troubling angles of the FBI’s role around this garbage barge of institutional roguery. Among unanswered questions: just what were Bill Clinton and then Attorney General Loretta Lynch up to in their mysterious airport tête-à-tête July 2016, a few days before then FBI Director James Comey let Mr. Clinton’s wife, a presidential candidate, off the hook on the email server issue? How did Deputy FBI Director Andy McCabe consort with Clinton campaign bag-man and then Virginia Governor Terry McAuliffe in a way that dropped nearly $700,000 into Mrs. McCabe’s own campaign war chest for a state legislative race? How did the wife of FBI higher-up Bruce Ohr get on the payroll of the Fusion GPS company that brokered the nefarious Christopher Steele “dossier?” How did the FBI conceal the Clinton campaign’s payments for the Steele dossier from judges who ruled on FISA warrants against Trump campaign associates?

Instead, the OIG report focused on the now-shopworn “love-bird” emails between FBI counter-espionage chief Peter Strzok and FBI lawyer Lisa Page, finding only a vague “biased state of mind,” but nothing tied to any particular actions taken by them, despite overt declarations of intent by Strzok to “stop” Trump, presumably by using the powers of the FBI. Former FBI Director Comey got off with the equivalent of a wrist-slap on vague allegations of “insubordination” — to whom? What did insubordination have to do with Comey granting immunity to many Clinton campaign factotums before Mrs. Clinton was interviewed by the agency (not under oath, by the way, for reasons never advanced nor discussed in mainstream media).

If this is the end of all these matters then the FBI will remain permanently tarnished and the public interest will have been very poorly served by a tractable Inspector General who is sure to be a national joke in the months ahead — the pooch screwed by his own pack. The USA really can’t take a whole lot more institutional failure without irreparable political damage. Americans will become only more distrustful of our reckless leviathan state, and more inclined to disrespect it.