It looks like Special Counsel John Durham and his team are after big game, and who knows, they might bag some. From Jonathan Turley at jonathanturley.org:

Special Counsel John Durham continues to drop bombshells in filings in the prosecution of former Clinton campaign lawyer Michael Sussmann. Just last week, Durham defeated an effort by Sussmann to dismiss the charges.  He is now moving to give immunity to a key witness while revealing that the claims made by the Clinton campaign were viewed by the CIA as “not technically plausible” and “user created.” He also revealed that at least five of the former Clinton campaign contractors/researchers have invoked the Fifth Amendment and refused to cooperate in fear that they might incriminate themselves in criminal conduct. Finally, Durham offers further details on the involvement of Clinton campaign general counsel Marc Elias and former British spy Christopher Steele in the alleged false claims.

Recently, Durham revealed extremely damaging evidence against Sussmann. However, this is the first full description of the Clinton associates refusing to cooperate under the Fifth Amendment. Durham noted that he gave immunity to an individual identified only as “Research 2.” He then noted that this was made necessary by the refusal to cooperate by key Clinton associates:

“The only witness currently immunized by the government, Researcher-2, was conferred with that status on July 28, 2021 – over a month prior to the defendant’s Indictment in this matter. And the Government immunized Researcher-2 because, among other reasons, at least five other witnesses who conducted work relating to the Russian Bank-1 allegations invoked (or indicated their intent to invoke) their right against self-incrimination. The Government therefore pursued Researcher-2’s immunity in order to uncover otherwise-unavailable facts underlying the opposition research project that Tech Executive-1 and others carried out in advance of the defendant’s meeting with the FBI.”

John Durham’s meticulous investigation is skewering big fish, which likely will lead to even bigger fish, although not quickly enough for most of us.. From George Parry at knowledgeisgood.net: 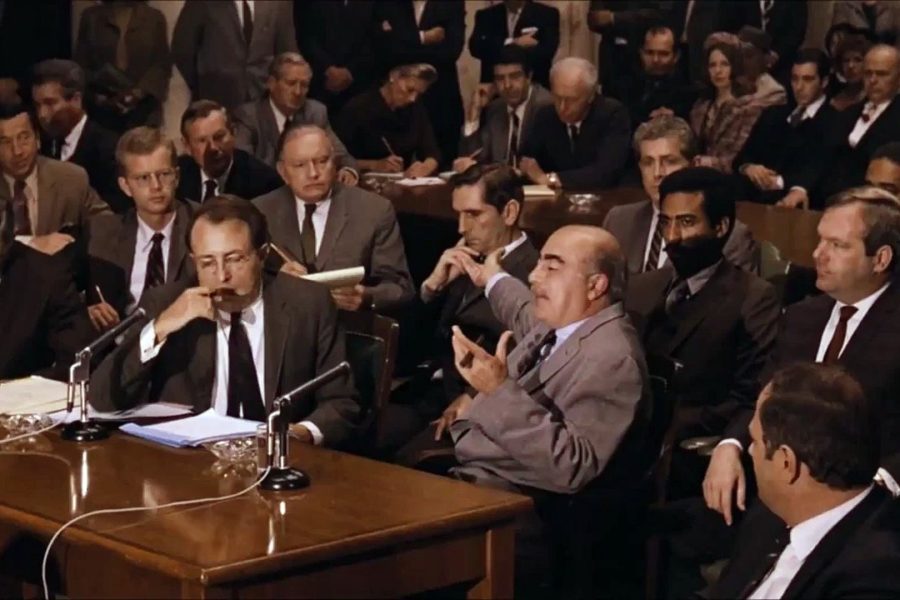 Yesterday The American Spectator published my article regarding Special Counsel John Durham’s recent motion in the Michael Sussmann case. The motion, which seeks an inquiry as to whether Sussmann’s lawyers have a conflict of interest, contains an explosive factual summary of evidence gathered by Durham’s office establishing, among other things, that Hillary Clinton’s presidential campaign conducted a full fledged electronic spying operation against candidate and then President Donald Trump. This operation included accessing the White House computer servers in an effort to gather derogatory evidence about Trump.

As I say in the article, compared to this nefarious scheme, the Watergate burglary was just good natured juvenile horseplay.

The article begins with the observation that, when Trump claimed he and his campaign had been spied on, the corporate media mocked him and called him a liar. In fact, the derision continued through the 2020 presidential campaign. For example, click on the picture below to see how Lesley Stahl of 60 Minutes condescendingly dismissed Trump’s assertion that the evidence of spying was available but that the news media would never report it because, to do so, would hurt Joe Biden’s candidacy.

Posted comments by AmSpec’s readers have trended toward characterizing Durham’s investigation as too slow, too little and too late. But the scope and complexity of Durham’s assignment are enormous. It’s one thing to spout conspiracy theories but quite another to assemble competent admissible evidence that will stand up in court to prove guilt beyond a reasonable doubt.

Given the absence of leaks from the Special Counsel’s Office and the solid and workman-like content of its court filings, my impression is that Durham is a consummate professional carefully doing a very difficult job.

Nobody has investigated the dark nooks and crannies of the Russiagate story more thoroughly than Aaron Maté. From Maté at mate.substack.com:

The indictment of Michael Sussmann raises new questions about Russiagate’s foundational Russian hacking allegation. That claim originates with CrowdStrike — a firm hired and overseen by Sussmann.

The indictment of Hillary Clinton lawyer Michael Sussmann for allegedly lying to the FBI sheds new light on the pivotal role of Democratic operatives in the Russiagate affair. The emerging picture shows Sussmann and his Perkins Coie colleague Marc Elias, the chief counsel for Clinton’s 2016 campaign, proceeding on parallel, coordinated tracks to solicit and spread disinformation tying Donald Trump to the Kremlin.

In a detailed charging document last month, Special Counsel John Durham accused Sussmann of concealing his work for the Clinton campaign while trying to sell the FBI on the false claim of a secret Trump backchannel to Russia’s Alfa Bank.

But Sussmann’s alleged false statement to the FBI in September 2016 wasn’t all. Just months before, he helped generate an even more consequential Russia allegation that he also brought to the FBI. In April of that year, Sussmann hired CrowdStrike, the cybersecurity firm that publicly triggered the Russiagate saga by lodging the still unproven claim that Russia was behind the hack of Democratic National Committee emails released by WikiLeaks.

At the time, CrowdStrike was not the only Clinton campaign contractor focusing on Russia. Just days before Sussmann hired CrowdStrike in April, his partner Elias retained the opposition research firm Fusion GPS to dig up dirt on Trump and the Kremlin.

A very good argument can be made that Russiagate is far worse than Watergate. From Matt Taibbi at taibbi.substack.com:

The indictment of Michael Sussmann sheds new light on the outrageous pre-election activities of Hillary Clinton’s 2016 campaign, which have a familiar ring

CNN Chief Media Reporter Brian Stelter hopped on the set of his Reliable Sources show this weekend, and offered his take on Special Counsel John Durham’s recent indictment of former Perkins Coie attorney Michael Sussmann, calling Durham’s probe a “total bust.” This was in the context of accusing other networks like Fox and OAN of a pattern of “lie, rinse, repeat.”

I was sick last week and didn’t get around to reading the Sussmann case until Tuesday. I can’t imagine Stelter has read it, since the whole thing is about complicity on his side of the media aisle in years of repeat errors and lies, including multiple editorial double-downs even after a major story was publicly exposed as factually incorrect. A long list of press figures — from Stelter’s own CNN colleague and shameless intelligence community spokesclown Natasha Bertrand to reporters from The New Yorker, Time, MSNBC, Fortune, the Financial Times, and especially Slate and The Atlantic — were witting or unwitting pawns in a scheme to sell the public on a transparently moronic hoax, i.e. that Donald Trump’s campaign was communicating mysterious digital treason to Russia’s Alfa Bank via a secret computer server.

The Russiagate concoction did irreparable harm to Trump’s presidency and to the nation as a whole. From Glenn Greenwald at greenwald.substack.com:

The DOJ’s new charging document, approved by Biden’s Attorney General, sheds bright light onto the Russiagate fraud and how journalistic corruption was key.

A lawyer for Hillary Clinton’s 2016 campaign was indicted on Wednesday with one felony count of lying to the FBI about a fraudulent Russiagate story he helped propagate. Michael Sussman was charged with the crime by Special Counsel John Durham, who was appointed by Trump Attorney General William Barr to investigate possible crimes committed as part of the Russiagate investigation and whose work is now overseen and approved by Biden Attorney General Merrick Garland.

Sussman’s indictment, approved by Garland, is the second allegation of criminal impropriety regarding Russiagate’s origins. In January, Durham secured a guilty plea from an FBI agent, Kevin Clinesmith, for lying to the FISA court and submitting an altered email in order to spy on former Trump campaign official Carter Page.

The law firm where Sussman is a partner, Perkins Coie, is a major player in Democratic Party politics. One of its partners at the time of the alleged crime, Marc Elias, has become a liberal social media star after having served as General Counsel to the Clinton 2016 campaign. Elias abruptly announced that he was leaving the firm three weeks ago, and thus far no charges have been filed against him.

The lie that Sussman allegedly told the FBI occurred in the context of his mid-2016 attempt to spread a completely fictitious story: that there was a “secret server” discovered by unnamed internet experts that allowed the Trump organization to communicate with Russia-based Alfa Bank. In the context of the 2016 election, in which the Clinton campaign had elevated Trump’s alleged ties to the Kremlin to center stage, this secret communication channel was peddled by Sussman — both to the FBI and to Clinton-friendly journalists — as smoking-gun proof of nefarious activities between Trump and the Russians. Less than two months prior to the 2016 election, Sussman secured a meeting at the FBI’s headquarters with the Bureau’s top lawyer, James Baker, and provided him data which he claimed proved this communication channel.