“There Is No Proven Effectiveness” – Netherlands Refuses To Mandate Mask Wearing In Public, by Tyler Durden

Maybe I’ll move to Netherlands. From Tyler Durden at zerohedge.com:

American public health experts, led by Dr. Anthony Fauci, have struggled over the past couple of months to push a specific narrative on the public: Wearing a mask doesn’t so much protect you from being infected with SARS-CoV-2, but if you are infected, wearing a mask could stop you from passing the virus to someone else.

The mainstream media has backed up these assertions with vague references to “science” and “research”, while a coalition of celebrities and progressive activists have tried to tar anybody who doubts this narrative – or, worse, refuses to wear a mask at all times outside their home – as a “denier”. 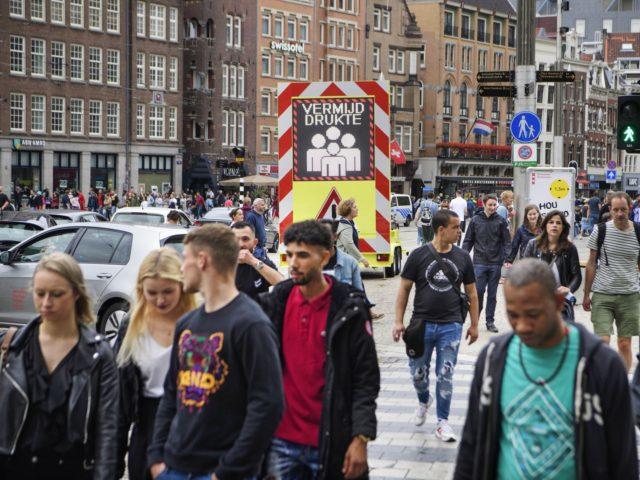 Well, if everybody who is skeptical of the “masks save lives, period” is a “denier”, then how does one explain the Dutch government’s decision to refuse to mandate mask wearing (the only place where masks must be worn in the Netherlands is on public transit).

On Thursday, Reuters reported that the Dutch government had decided the day before that it would not advise the public to wear masks to slow the spread of coronavirus because their effectiveness has not yet been proven.

Netherlands Headed For Unprecedented Crisis: Millions Of Retirees Face Pensions Cuts Thanks To The ECB, by Tyler Durden

Zero and negative interest rates are catching up to European pensions. From Tyler Durden at zerohedge.com:

When one thinks of pensions crisis, the state of Illinois – with its woefully underfunded retirement system which issues bonds just to fund its existing pension benefits – usually comes to mind. Which is why it is surprising that the first state that may suffer substantial pension cuts is one that actually has one of the world’s best-funded, and most generous, pension systems.

According to the FT, millions of Dutch pensioners are facing material cuts to their retirement income for the first time next year as the Dutch government scrambles to avert a crisis to the country’s €1.6 trillion pension system. And while a last minute intervention by the government may avoid significant cuts to pensions next year – and a revolt by trade unions –  if only temporarily, the world finds itself transfixed by the problems facing the Dutch retirement system as it provides an early indication of a wider global pensions funding shortfall, not to mention potential mass unrest once retirees across some of the world’s wealthiest nations suddenly finds themselves with facing haircuts to what they previously believed were unalterable retirement incomes.

The Dutch Death Spiral From Paradise to Bolshevik Thought Police, by Giulio Meotti

The Netherlands has just irreparably tarnished its long and proud history as a haven for civil liberties and free thought. From Giulio Meotti at gatestoneinstitute.org:

• “It would have been better if the Dutch state had sent a clear signal [to terrorists] via a Dutch court that we foster a broad notion of the freedom of expression in the Netherlands.” — Paul Cliteur, Professor of Jurisprudence, Leiden University.

• The historic dimension of Wilders’s conviction is related not only to the terrible injustice done to this MP, but that it was the Netherlands that, for the first time in Europe, criminalized dissenting opinions about Islam.

• “I will never be silent. You will not be able to stop me… And that is what we stand for. For freedom and for our beautiful Netherlands.” — Geert Wilders, Dutch MP and leader of the Party for Freedom (PVV).

• “We have a lot of guests who are trying to take over the house.” — Pym Fortuyn, later shot to death to “defend Dutch Muslims from persecution.”

• Before being slaughtered, clinging to a basket, Theo van Gogh begged his assassin: “Can we talk about this?” But can we talk?

A country whose most outspoken filmmaker was slaughtered by an Islamist; whose bravest refugee, hunted by a fatwa, fled to the U.S.; whose cartoonists must live under protection, had better think twice before condemning a Member of Parliament, whose comments about Islam have forced him to live under 24-hour protection for more than a decade, for “hate speech.” Poor Erasmus! The Netherlands is no longer a safe haven for free thinkers. It is the Nightmare for Free Speech.

To continue reading: The Dutch Death Spiral From Paradise to Bolshevik Thought Police

The EU Has Bigger Trouble than Brexit alone, by Pim Beaart

From Pim Beaart, Netherlands, economics and politics editor at Veron Of Load, on wolfstreet.com:

Trouble brewing in the Netherlands

The referendumin the Netherlands on April 6th is going to cause a lot of trouble, possibly axing the strong Dutch commitment to the European project.

The plebiscite is about the Association Treaty between EU and Ukraine, into which the EU inserted some curious clauses about military cooperation and such. It is not a trading treaty per se, since those are the sole responsibility of the European Commission and would not require ratification by the member states.

Another fact that points toward bigger issues at stake is the last-minute involvement of the US government that recently urged Dutch voters to vote YES.

Although Parliament already ratified the Ukraine Treaty, it did so under the provision that under Dutch Law it might be open to a challenge by a plebiscite. The road to such a plebiscite is so difficult that it obviously was never meant to be possible. But the immensely popular Dutch anarcho-liberal blog Geen Stijl managed to gather 470,000 signatures, way more than the 350,000 required by law. A lot of signatures in a country with a total population of 17 million!

And it forced the government to organize the plebiscite.

Though the formal outcome is not binding, it seems unlikely that the ruling coalition will be able to even partially ignore its result. The coalition of Social Democrats and Liberals has only a fragile majority in parliament. With elections coming in March 2017, unless the government falls within the next two months, disregarding the result is a road to political disaster.

Polling consistently shows a halving of the liberal party and the annihilation of the Social Democrat party that might lose as much as three quarters of its current seats in parliament.

As if this were not sufficiently difficult for the European Commission, there’s the subsequent Brexit referendum in the UK. The time span between both referendums is such that the Dutch government won’t be able to postpone a decision on whether or not to disregard the outcome of April 6th, in a valiant attempt to avoid a Brexit and the troubles that torpedoing the Association Treaty with Ukraine (subject of the Dutch referendum) will cause.

To continue reading: The EU Has Bigger Trouble than Brexit alone