Naked Emperors Don’t Get Much Respect, by Robert Gore 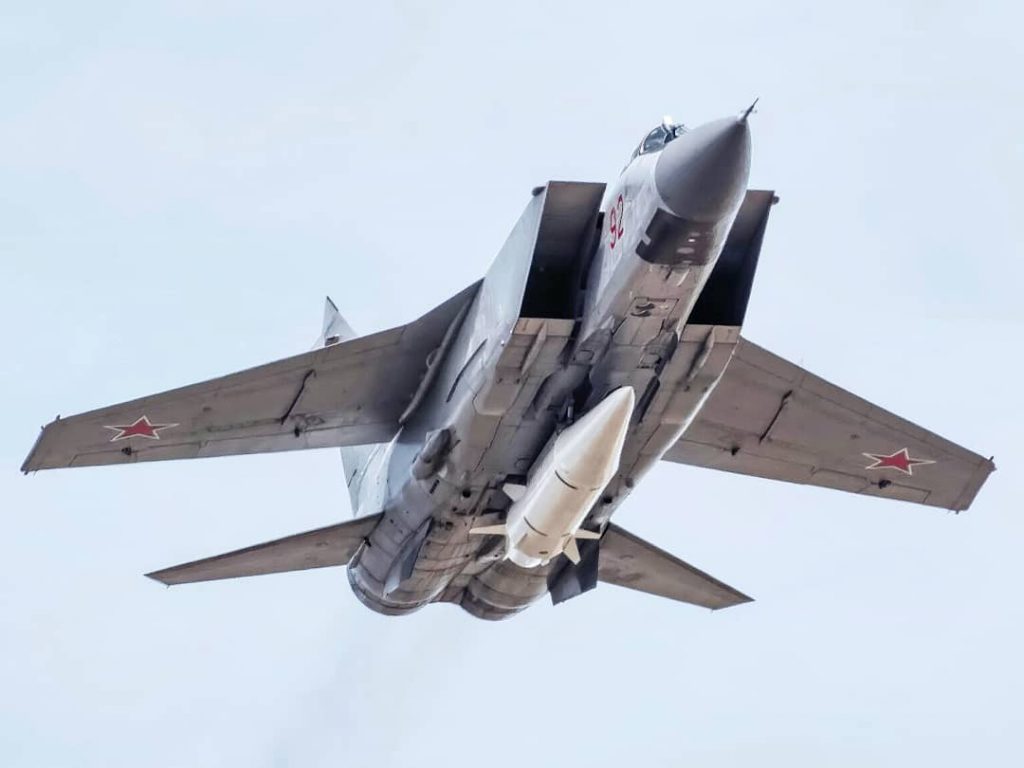 What happens when most of your military infrastructure is suddenly obsolete?

The emperor was the last to realize he was naked. This is not unusual, emperors are the last to find out anything. Who has the fortitude to tell them the truth, especially an upsetting truth? And so it is with the US’s empire, the existence of which most of its citizens, media organs, and officials are unaware or won’t acknowledge. The truth is, the American empire, acknowledged or not, is over. It will be years before that’s accepted by the governing class. They’ll never officially inform their subjects, who are stuck with the tab for its immensely wasteful spending.

Empires are built on military strength. The American empire was no exception. Many Americans still think the US military enjoys the dominance it had back in 1946, a notion Vladimir Putin buried March 1. On that date he announced new weaponry which will render our naval surface fleet, ground forces, worldwide bases, and antiballistic systems obsolete (see here, here, and here). The US military leadership has grudgingly acknowledged many of Putin’s claims.

The unmistakable conclusion: most US military spending is the welfare state with epaulets. It pays for weapons, bases, and personnel whose uselessness would be revealed within half an hour after a non-nuclear war with Russia began. We have no conventional defenses against Russia’s new weaponry.

It’s cold comfort that US land installation, submarine, and airborne nuclear deterrents are still relevant. If Russia or anyone else launched a conventional or nuclear attack against us, we can annihilate the aggressor. The destruction we bore would be matched in kind, but the planet might be rendered uninhabitable.

Fortunately, it can be said with 99 percent certainty that Russia has no desire to launch a war, nuclear or conventional, against the US. That nation wants what many nations and US citizens want: for the US government to leave it alone. Although spending only 10 percent of what the US does on its military and intelligence, Russia now has the muscle to back it up. The Chinese are right behind.

The story doesn’t say what happened to the emperor and his courtiers after the lad revealed his nudity, but we can assume the emperor’s smarter toadies started heading for the exits. Why stay on a vessel that can’t navigate the shoals of reality?

Welfare states—giving money to people who haven’t earned it—so inevitably lead to corruption that they might as well be synonyms. For years the US has bought compliance with its dictates within its confederated empire, picking up the lion’s share of the defense tab. Nations hosting US military bases welcome the jobs and spending just like congressional districts back home.

Even before Putin’s March 1 announcement, asking how non-nuclear bases, domestic and abroad, actually made anyone in the US safer occasioned awkward silence. Russia’s military spending and economy are dwarfed by the US’s and its EU protectorate’s; a Russian invasion of Europe, even with its new weapons, would be suicidal. The chances of Russia or any other nation invading the US are even more remote. Russia has been invaded far more often than it has invaded, and other than securing its own neighborhood, exhibits no desire to launch offensive warfare. Putin stressed the new weapons’ role defensive role.

After the announcement, US bases will be targets, the personnel they house hostages. That includes the mobile bases known as the US surface fleet, from aircraft carriers on down. They have no defense against the Kinzhal (Dagger) hypersonic missile, aircraft-launched with a range of 2000 kilometers, capable of reaching Mach 10.

Defending on sea or land against the Russians’ new nuclear powered cruise missiles—which have essentially unlimited range—is possible but problematic, especially if they’re launched in a swarm. Location has become irrelevant. It doesn’t matter if the US outpost is in Germany, Texas, or floating in the middle of the Pacific, they’re all vulnerable.

Poland’s recent proposal for the US to establish a military base there, at Poland’s expense, possibly to be named Fort Trump, is a strong contender for the year’s, perhaps the decade’s, most insane idea. Fort Courage, from the zany F Troop TV show, would be a more appropriate name. It’s one thing to hop on the US military spending gravy train, that’s just venal and corrupt. To install a useless military base and pay for it as well is incalculably stupid. The goal of politics is to get someone else to pay for your stupid ideas, but perhaps they do politics differently in Poland.

If you’re running one of the US’s protectorates, why should you accept the empire’s dictates when it can no longer defend your country? The question has added piquancy in Europe. Setting aside Russia’s new weapons, how would a country that’s botched military engagements in second string nations like Vietnam, Iraq, Afghanistan, and Syria defend Europe short of nuclear war? If the answer is that it can’t, where does US leverage come from? The US demands more useless defense spending and presses Europe to curtail or cease profitable trade relations with Russia and Iran, both of which pose a minimal threat to Europe’s safety. Why should Europe comply?

President Trump has questioned the US subsidization of Europe’s defense. How much effort would the US make to defend Macedonia or Latvia? If the answer is not much, or if it can’t actually protect those or any other European country, then subsidies are the only “glue” for the American Empire, European division. It’s unclear if Trump realizes he can’t have his cake and eat it too. He may be happy to see Europe come unglued. Bankruptcy looms; the US has to start cutting spending somewhere.

It should come as no surprise that some countries aren’t toeing the US line, faithfully parroted by the EU. Turkey, straddling Europe and Asia, is edging toward Russia and China, and the goodies promised by their Belt and Road Initiative.

Hungary’s Prime Minister Victor Orban and Italy’s Interior Minister Matteo Salvini, head of the League party that shares power there, are seeking better relations with Russia, notwithstanding the US and Europe’s long running demonization of Vladimir Putin. Those two are also challenging received wisdom on the desirability of open borders and unlimited immigration. They and other nationalist leaders are finding an increasingly receptive audience among Europe’s voters.

The two Koreas are also writing their own script, one that diverges from the one the US has written for them since the end of the Korean War in 1953. Among those who favor the status quo, the line is that impoverished albeit nuclear-armed North Korea poses an offensive threat to South Korea, Japan, and the US. Kim Jong Un is singing a beguiling song of denuclearization, rapprochement, trade, and peace, but he’s not to be trusted. Only if he agrees beforehand to the complete subjugation of his country can negotiations proceed.

South Korean President Moon Jae-in has other ideas. The people of both Koreas want reconciliation and an end to the war (there’s an armistice but no official peace). Moon appears willing to entertain the possibility that Kim would rather bring his country into the 21st century than launch nuclear strikes. The impetus for negotiations has come from these two leaders and Trump has jumped on the bandwagon, much to the consternation of a motley collection of swamp denizens who profit from current arrangements. Peace may come in spite of their efforts to prevent it.

As the US government continues to spend money for weapons, bases, and personnel our putative enemy can obliterate, defend countries that are under no threat, and intervene in conflicts that promise only interminable stalemate and lost blood and treasure, the question presents itself: are those running the empire and its satrapies stupid, rapaciously corrupt, evil, or all of the above? We’ll take the obvious: all of the above.

Those who have placed their safety in the hands of the US’s would-be emperors can no longer afford to ignore the emperors’ nudity…and insanity. The empire is fraying at the edges and it won’t be long before fraying becomes unraveling. Nobody respects a naked emperor, certainly not one who doesn’t even realize he’s naked.

48 responses to “Naked Emperors Don’t Get Much Respect, by Robert Gore”