The US goes around poking vipers’ nests, then complains when the vipers strike. From SLL reader William Gudal:

The United States has been poking, prodding and punching Iran ever since 1953 when Kermit Roosevelt, the CIA and Britain overthrew the government of Iran and installed and then financed and supported one of the most brutally repressive, police state, jackbooted governments ever. If the people of Iran were a little upset in 1979, well you can only wonder.

The United States, implementing its guiding policy of “exceptionalism” inaugurated its quest for empire in 1898 when it acquired and colonized Cuba (puppet government), Guam, Puerto Rico and the Philippines (million dead). Since then there has existed almost no restraint on the U.S. thirst for power and control. The list is almost endless.  The central guiding foreign policy objective of the United States is to install U.S. controlled puppet governments whenever and wherever it can. When it meets resistance, it gets angry, to wit: Iraq, Libya, Panama, Afghanistan.

The U.S. has had its beady eye on Iran for over 70 years. Britain began ogling Iran early in the twentieth century, for geopolitical, economic (world’s 2nd largest non-sand oil reserves) and geographic reasons. The U.S. adamantly seeks to deny Iran its naturally significant role in its sphere of the world. Like the United States, Iran has what the U.S. calls its “significant interests”. Apparently the U.S. is entitled to its significant interests and “security” concerns, but others are not. It’s a one way street.

Iran is a large country with a large population. It has an ancient history. Ever hear of the Persian Empire which stretched from Greece to Egypt to India? It has a well-educated citizenry. Its economy has been squeezed dry by U.S. economic sanctions which until recently would have been equated with a declaration of war.

A military officer vising a neighboring country is mutilated by a drone from a country located 5000 miles away. Who granted the approval to take this life? Who has the right to take this life? This can only be described as insanity. The world has truly lost its mind. The best U.S. policy would be to let Iran alone. But the military industrial complex must be thrown its red meat. The U.S. economy is almost entirely dependent on war or preparation for war, at least at the  critical margin. Moreover, it’s time to rally around the leader in time of the November election. We worry about the Middle East yet the U.S. southern border is wide open to any evil which comes this way. Madness.

Another Stupid War, by Michael Blitzkrieg

The upside of the Iran situation is that it will hasten the demise of the American empire. From Michael Krieger at libertyblitzkrieg.com: 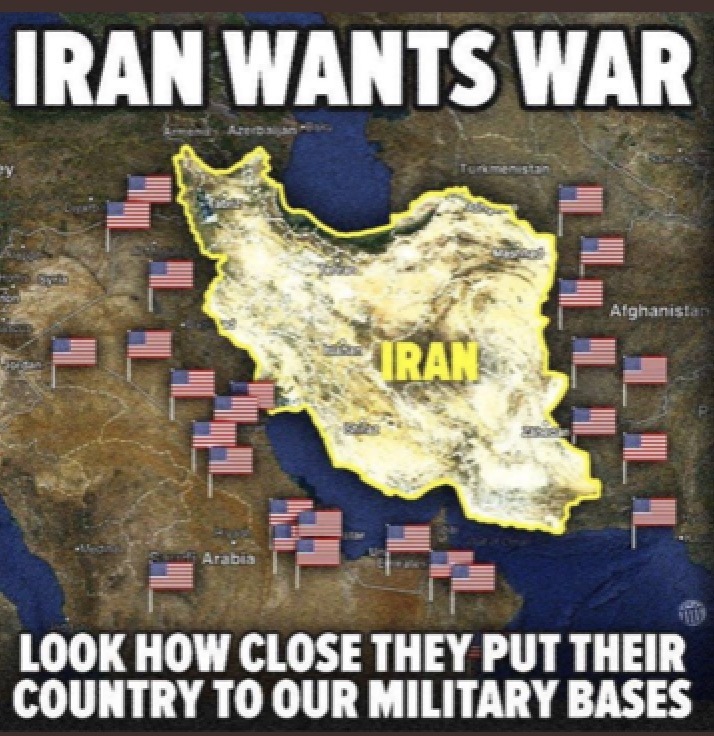 All I wanted to do this week was work on part 2 of my localism series, but circumstances quickly got the best of me. The assassination of Iran’s top general Qassem Soleimani was an event of such historical significance, I feel obligated to detail my thoughts on what it means and how things unfold from here, especially given how much of a role geopolitics and questions of empire have played in my writings.

First off, we need to understand the U.S. is now at war with Iran. It’s an undeclared, insane and unconstitutional war, but it is war nonetheless. There is no world in which one government intentionally assassinates the top general of another government and that not be warfare. You can argue the U.S. and Iran were already engaged in low-level proxy wars, and that’s a fair assessment, but you can’t say we aren’t currently in a far more serious a state of war. We are.

Soleimani was not only a powerful general, he was a popular figurewithin Iran. Unlike other blows the U.S. and Iran have inflicted upon one another, this cannot be walked back. There’s no deescalation from here, only escalation. Even if you want to pretend this didn’t happen and turn back the clock, it’s impossible. This is a major event of historical proportions and should be seen as such. Everything has been turned up a notch. 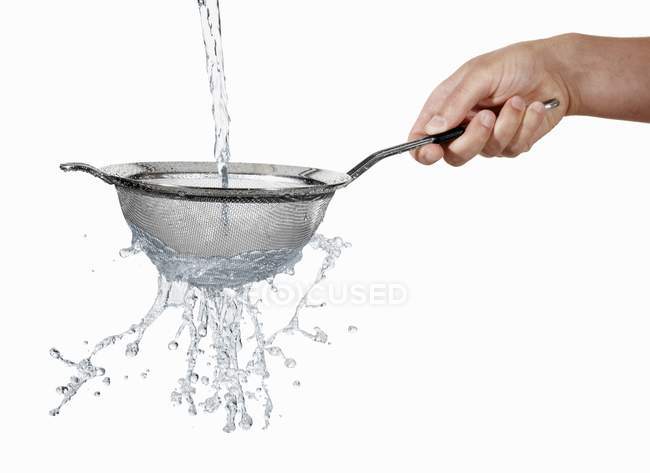 END_OF_DOCUMENT_TOKEN_TO_BE_REPLACED

Have You Noticed How Social Media Purges Always Align With The US Empire? by Caitlin Johnstone

The greatest sin is questioning the empire. From Caitlin Johnstone at medium.com:

Twitter has suspended multiple large Cuban media accounts for reasons the social media platform has yet to explain as of this writing, a move which journalist Dan Cohen has described as “the equivalent of silencing CNN, Fox, WaPo and NPR’s accounts” for that nation. The Union of Cuban Journalists has denounced the move as censorship.

Last month we saw Twitter suspend hundreds of accounts which it claims originated in mainland China for engaging in “covert, manipulative behaviors” against the Hong Kong protests, with Facebook and Google/YouTube following suit in the creepy, uniform coordination we’ve come to expect between these social media giants. In June of this year Twitter removed thousands of accounts it claims were associated with the governments of Iran, Russia and Venezuela, as well as 130 accounts reportedly tied to the Catalan independence movement in Spain. In May Twitter removed 2,800 of what it claimed were “inauthentic accounts originating in Iran.” Earlier this year, Twitter and Facebook coordinated with each other to remove hundreds of accounts they claim were tied to “coordinated influence operations” in Iran, Russia, and Venezuela.

The Real Reason The Propagandists Have Been Promoting Russia Hysteria, by Caitlin Johnstone

If you’re ever confused about why the US government is doing something, the answer is probably to  preserve and extend the US empire. From Caitlin Johnstone at medium.com:

“After watching seven hours of a spectacle that felt much more cruel than enlightening, I cannot avoid pondering a question which honestly gives me no joy to ponder: just how much damage has MSNBC in particular done to the left?” The Hill’s Rising star began, before excoriating her former employer’s “fevered speculations” about an “Infowars conspiracy theory” and the way it hosted people like Jonathan “maybe Trump has been a Russian asset since the 1980s” Chait and “conspiracy gadfly Louise Mensch” in search of ratings bumps.

“This whole setup has done more damage to the Democrats’ chances of winning back the White House than anything that Trump could ever have dreamed up,” Ball argued. “Think about all the time and the journalistic resources that could have been dedicated to stories that, I don’t know, that a broad swath of people might actually care about? Healthcare, wages, the teachers’ movement, whether we’re going to war with Iran? I’m just spitballing here. I actually heard some pundit on Chris Hayes last night opine that independent women in middle America were going to be swayed by what Mueller said yesterday. Are you kidding me? This is almost as bonkers and lacking in factual basis as that time Mimi Rocah said that Bernie Sanders is not pro-women because that was what her feelings told her. Rocah, by the way, a political prosecutor with no political background, is only opining at MSNBC because of her role in leading viewers to believe that any day now SDNY is going to bring down Trump and his entire family.”

The Force that is Ending Freedom, by Eric Zuesse

The US empire, struggling abroad, moves ever-closer to totalitarianism. From Eric Zuesse at off-guardian.org:

Every empire is a dictatorship. No nation can be a democracy that’s either heading an empire, or a vassal-state of one. Obviously, in order to be a vassal-state within an empire, that nation is dictated-to by the nation of which it is a colony.

However, even the domestic inhabitants of the colonizing nation cannot be free and living in a democracy, because their services are needed abroad in order to impose the occupying force upon the colony or vassal-nation. This is an important burden upon the ‘citizens’ or actually the subjects of the imperial nation.

Furthermore, they need to finance, via their taxes, this occupying force abroad, to a sufficient extent so as to subdue any resistance by the residents in any colony.

Every empire is imposed, none is really voluntary. Conquest creates an empire, and the constant application of force maintains it.

Every empire is a dictatorship, not only upon its foreign populations (which goes without saying, because otherwise there can’t be any empire), but upon its domestic ones too, upon its own subjects.

By contrast, ’enemy’ nations are ones that the imperial power has placed onto its priority-list of nations that are yet to become conquered. There are two main reasons to conquer a nation.

International trade is the basis for any empire, and the billionaires who own controlling blocs of stock in a nation’s international corporations are the actual rulers of it, the beneficiaries of empire, the recipients of the wealth that is being extracted from the colonies and from the domestic subjects.

The idea of an empire is that the imperial nation’s rulers, its aristocracy, extract from the colonies their products, and they impose upon their domestic subjects the financial and military burdens of imposing their international dictatorship upon the foreign subjects.

END_OF_DOCUMENT_TOKEN_TO_BE_REPLACED

The US government leads a ruthlessly brutal confederated global empire. In a word, it’s become a dictratess. From Jacob G. Hornberger at fff.org:

In his Fourth of July address to Congress in 1821, U.S. Secretary of State John Quincy Adams stated that if America were ever to abandon its founding foreign policy of non-interventionism, she would inevitably become the world’s “dictatress” and begin behaving accordingly.

No can can deny that Adams’ prediction has come true. America has truly become the world’s dictatress — an arrogant, ruthless, brutal dictatress that brooks no dissent from anyone in the world.

A good example of this phenomenon involves Meng Wanzhou, a Chinese citizen who serves as chief financial officer of the giant Chinese technology firm Huawei. Having been arrested by Canadian authorities and placed under house arrest, Meng is suffering the wrath of the world’s dictatress.

What is her purported crime? That she violated U.S. sanctions against Iran.

What do U.S. sanctions on Iran have to do with her? Exactly! She’s a Chinese citizen, not an American citizen. So, why is she being prosecuted by the U.S. government?

Sanctions have become a standard tool of U.S. foreign policy. With the exception of libertarians, hardly anyone raises an eyebrow over their imposition and enforcement. Their objective is to target foreign citizens with death, suffering, and economic privation as a way to bend their regime to the will of the U.S. dictratress and her brutal and ruthless agents.