You knew this was coming. From Katabella Roberts at The Epoch Times via zerohedge.com:

Florida Gov. Ron DeSantis announced on Nov. 4 that he is suing the Biden administration over its “unconstitutional” employer vaccine mandate being issued through the Occupational Safety and Health Administration (OSHA). 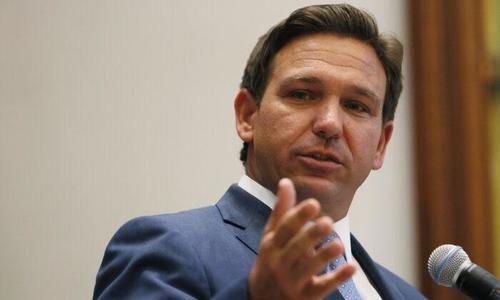 DeSantis said in a statement that the lawsuit against the administration would be filed with the United States Court of Appeals for the Eleventh Circuit as soon as OSHA’s “unlawful” emergency temporary standard (ETS) is published in the Federal Register.

On Thursday, OSHA announced details of the plan, which applies to businesses with 100 or more employees. It also announced its rule from the Centers for Medicare and Medicaid Services (CMS) requiring 17 million health care workers at facilities that receive federal funding to be vaccinated.

The White House has pushed back the deadline for workers in those sectors to get fully vaccinated to Jan. 4, 2022, according to a senior administration official. That date also applies to federal contractors.

The governor said the vaccine mandate will drastically impact Florida companies, both public and private, who receive millions of dollars in federal contracts annually.

“The State of Florida will immediately challenge the OSHA rule in court because it’s inconsistent with the Constitution and not legally authorized through Congressional statutes. There is no federal police power and the federal government cannot unilaterally impose medical policy under the guise of workplace regulation. Individuals should make informed choices about their own healthcare. It is important to stand up for people’s individual ability to make decisions for themselves. And the practical result is that this is going to exacerbate a lot of the existing problems that we are seeing with the economy,” DeSantis said.