The Sandcastle, by Jeff Thomas

Regardless of how they start out, governments get bigger and more powerful, and the liberties of their subjugated shrink. From Jeff Thomas at internationalman.com: 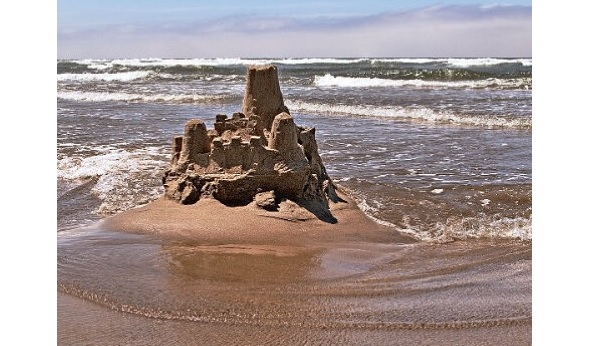 The decline from democracy to tyranny is both a natural and inevitable one.

That’s not a pleasant thought to have to consider, but it’s a fact, nonetheless. In every case, a democracy will deteriorate as the result of the electorate accepting the loss of freedom in trade for largesse from their government. This process may be fascism, socialism, communism, or a basket of “isms,” but tyranny is the inevitable endgame of democracy. Like the destruction of a sandcastle by the incoming tide, it requires time to transpire, but in time, the democracy, like the sandcastle, will be washed away in its entirety.

Why should this be so? Well, as I commented some years ago,

The concept of government is that the people grant to a small group of individuals the ability to establish and maintain controls over them. The inherent flaw in such a concept is that any government will invariably and continually expand upon its controls, resulting in the ever-diminishing freedom of those who granted them the power.

The old adage of “boiling a frog” is that the frog will jump out of the pot if it’s filled with hot water, but if the water is lukewarm and the temperature is slowly raised, he’ll grow accustomed to the temperature change and will inadvertently allow himself to be boiled.

One response to “The Sandcastle, by Jeff Thomas”