Source: McCabe allegedly at the center of Durham’s probe, as new info reveals dossier source was a suspected Russian agent, by Sara Carter

Andrew McCabe is neck deep in the Russiagate coup attempt. From Sara Carter at saracarter.com:

Chairman of the Senate Judiciary Committee Lindsey Graham hinted more than a week ago that more bombshell information regarding the FBI’s handling of its probe into President Donald Trump’s campaign and Russia was about to be public. He was right because it was Graham’s committee that discovered the information.

In a bombshell letter released a letter Thursday night by Graham’s committee from Justice Department Attorney General William Barr revealed a declassified summary from the bureau indicating that former British spy Christopher Steele’s primary sub-source in his debunked dossier was believed to be a Russian spy. Not only was the sub source believed to be a spy but the FBI knew about it and had conducted a counterintelligence investigation on the individual.

“In light of this newly declassified information, I will be sending the FISA Court the information provided to inform them how wide and deep the effort to conceal exculpatory information regarding the Carter Page warrant application was in 2016 and 2017,” said Graham. “A small group of individuals in the Department of Justice and FBI should be held accountable for this fraud against the court.  I do not believe they represent the overwhelming majority of patriotic men and women who work at the Department of Justice and FBI.”

One of those individuals being investigated by Connecticut Prosecutor John Durham is former FBI Deputy Director Andrew McCabe, who was fired from the FBI by former Attorney General Jeff Sessions for lying to the Inspector General on multiple occasions. He is now in Durham’s crosshairs, along with multiple other former senior FBI officials that were involved in the investigation, according to a source with direct knowledge.

If Russiagate wasn’t a political vendetta and attempted coup, what was it? From Tyler Durden at zerohedge.com:

Update (1745ET): The Flynn family has responded to the recent revelations that he was part of an effort to “get TRUMP,” according to FBI text messages.

“Abusive, intentional lawless actions committed against the Republic, the President of the United States Donald J. Trujmp and his NSA Director and our brother, General Mike Flynn, by a vile cabal of thugs in the FBI, DOJ and Special Counsel’s office threatened the national security of our country and all Americans,” the statement begins.

“The criminal conduct and malfeasance of those entrusted with the power to enforce our laws trampled the rights and lives of Gen Flynn, our entire family, and all Americans who cherish our Constitution.”

Autopsy of a Dead Coup, by Victor Davis Hanson

Here is a definitive account, a future reference source, of the coup attempt against Trump. From Victor Davis Hanson at amgreatness.com:

The illegal effort to destroy the 2016 Trump campaign by Hillary Clinton campaign’s use of funds to create, disseminate among court media, and then salt among high Obama administration officials, a fabricated, opposition smear dossier failed.

So has the second special prosecutor phase of the coup to abort the Trump presidency failed. There are many elements to what in time likely will become recognized as the greatest scandal in American political history, marking the first occasion in which U.S. government bureaucrats sought to overturn an election and to remove a sitting U.S. president.

Preparing the Battlefield
No palace coup can take place without the perception of popular anger at a president.

The deep state is by nature cowardly. It does not move unless it feels it can disguise its subterranean efforts or that, if revealed, those efforts will be seen as popular and necessary—as expressed in tell-all book titles such as fired FBI Directors James Comey’s Higher Loyalty or in disgraced Deputy FBI Director Andrew McCabe’s psychodramatic The Threat.

In candidate and President Trump’s case that prepping of the battlefield translated into a coordinated effort among the media, political progressives and celebrities to so demonize Trump that his imminent removal likely would appear a relief to the people. Anything was justified that led to that end.

END_OF_DOCUMENT_TOKEN_TO_BE_REPLACED

Do You Believe in the Deep State Now? by Robert W. Merry

It happens in banana republics all the time: the Deep States launch coups. Now it’s happening in the United States. From Robert W. Merry at theamericanconservative.com:

The revelation that top Justice officials considered unseating Trump should answer that question for good.

That’s a natural reaction to the revelation of Andrew G. McCabe, the former deputy FBI director, that top Justice Department officials, alarmed by Donald Trump’s firing of former Bureau director James Comey, explored a plan to invoke the 25th Amendment and kick the duly elected president out of office.

According to New York Times reporters Adam Goldman and Matthew Haag, McCabe made the statement in an NBC 60 Minutes interview to be aired on Sunday. He also reportedly said that McCabe wanted the so-called Russia collusion investigation to go after Trump for obstructing justice in firing Comey and for any instances they could turn up of his working in behalf of Russia.

The idea of invoking the 25th Amendment was discussed, it seems, at two meetings on May 16, 2017. According to McCabe, top law enforcement officials pondered how they might recruit Vice President Pence and a majority of cabinet members to declare in writing, to the Senate’s president pro tempore and the House speaker, that the president was “unable to discharge the powers and duties of his office.” That would be enough, under the 25th Amendment, to install the vice president as acting president, pushing aside Trump.

END_OF_DOCUMENT_TOKEN_TO_BE_REPLACED

The American Empire Pivots Toward Venezuela, by Michael Krieger

Would the US care about Venezuela if it didn’t have huge oil reserves and wasn’t in bed with Russia and China? The question almost answers itself. From Michael Krieger at libertyblitzkrieg.com: 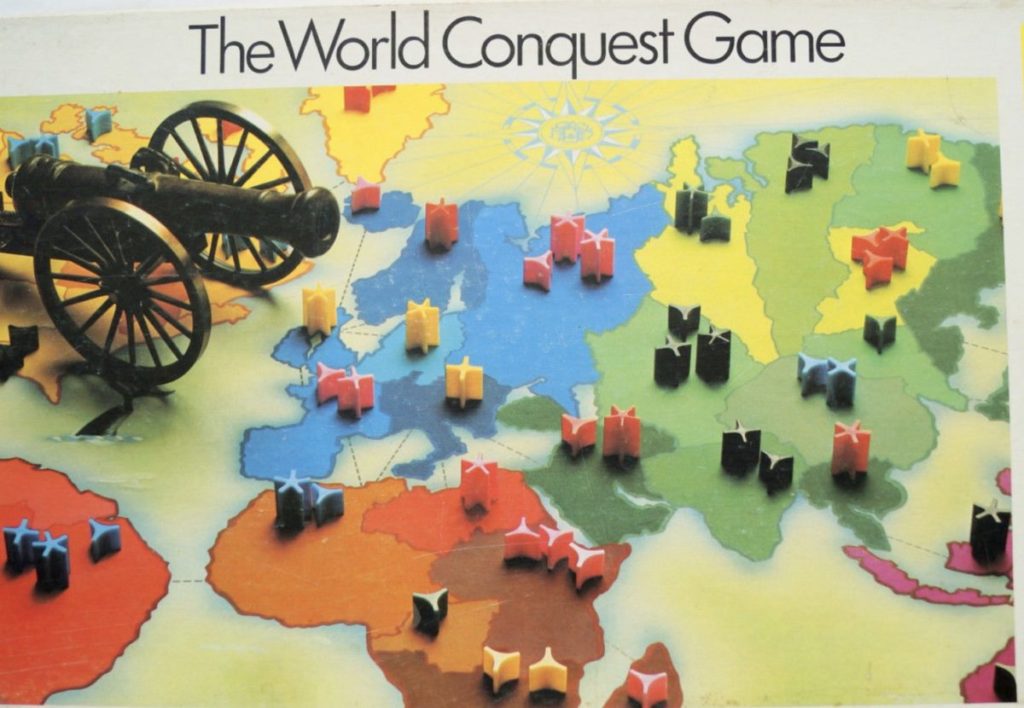 Many people are coming to quick takes on yesterday’s extraordinary decision by the U.S. government to recognize an unelected opposition leader as interim President of Venezuela based on their view of Maduro and his government. Similar to the emotional responses to those first clips of the Covington students and Nathan Phillips, such superficial opinions feel good and confirm biases, but don’t tell you much about what’s really going on. From my seat, the move by the Trump administration to choose the leader of Venezuela by diktat is just straight up imperial geopolitics. Nothing more, nothing less.

A month ago, I reassessed my geopolitical assumptions in the post, Is U.S. Geopolitical Strategy Experiencing a Monumental Shift? In it, I detailed how U.S. foreign policy seemed to be shifting toward a focus on containing China, which would lead to a far more serious confrontation between the world’s number one and number two economies.

I’ve now seen enough to seriously consider that we may be entering an entirely new geopolitical environment dominated by vastly increased tensions between the U.S. and China. If so, it will likely last a lot longer than you think as leaders in both China in the U.S. will be looking for a scapegoat as their crony, financialized economies struggle under unpayable debt and unimaginable levels of corruption.

With the attempt to push Russia back in Syria a clear failure, the neocons in Trump’s administration quickly got to work on their next scheme. Enter Venezuela.