107 Times the Risk, Are ‘Boosters’ Designed to Kill? By Dr. Joseph Mercola

The possibility can’t be ruled out, and indeed the evidence that they are designed to kill grows by the day. From Dr. Joseph Mercola at theburningplatform.com: 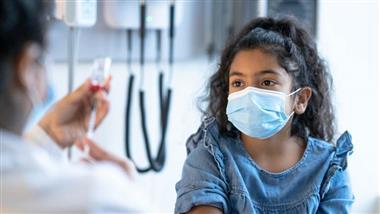 Taking a vaccine booster every three months for a vaccine that doesn’t work is indeed deranged. From Vasko Kohlmayer at lewrockwell.com:

Last Friday the government of the United Kingdom began administering a fourth Covid shot to its citizens.

That makes it four Covid injections in barely 11 months.

As a result, now you can encounter the quadruply jabbed walking around England.

The fourth shot, however, is not the last one. Apparently, there are many more to come.

The UK government now recommends that those 18 and over take a shot every three months.

This is not a joke. Watch the British Health Secretary solemnly conveying this news to the Parliament.

You would think that the UK government is doing this because these shots work, but the opposite is, in fact, the case.

A highly vaccinated country with an inoculation rate of 70 percent, Britain has been suffering from Covid surges.

Worse yet, the vaccinated fall seriously ill and die at higher rates than the unvaccinated. Eighty percent of hospitalizations and deaths in the UK have recently been among the double and triple vaxxed.

The failure of multiple doses of Covid vaccines to protect the British population from Covid 19 could not be more obvious.

And yet the British government is intent on doing more of the same.

COVID Boosters Likely To Be Annual “For The Foreseeable Future”: Aussie Pharmacists Guild, by The Epoch Times Sydney Staff

We can assume that before long the US medical establishment will be saying the same thing. From The Epoch Times via zerohedge.com:

ustralians will need to get COVID booster shots annually “for the foreseeable future” to combat CCP Virus, according to the country’s Pharmacy Guild. 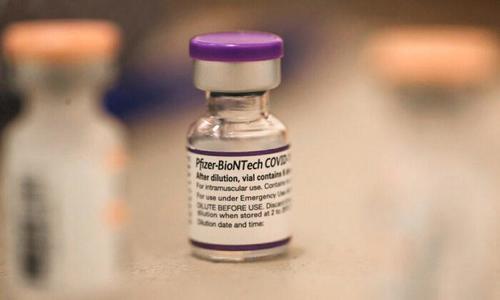 Trent Twomey, the president of the Pharmacy Guild of Australia (PGA), warned that people may need to get booster shots every 6 to 12 months to keep more deadly variants at bay.

“The question is what booster and what interval we need to get that booster, whether it’s every six, nine or 12 months. Those decisions need to be based on evidence and facts and at the moment that is an evolving space,” he told Nine newspapers.

Twomey noted that Australians may need to wait until 2023 to “reach some sort of steady-state vaccination program,” which will be similar to the annual flu shot.”

“In time, we will treat COVID like many other viruses that have been around for decades, and a COVID-19 shot will just be another element of the Australian vaccination program,” he said. 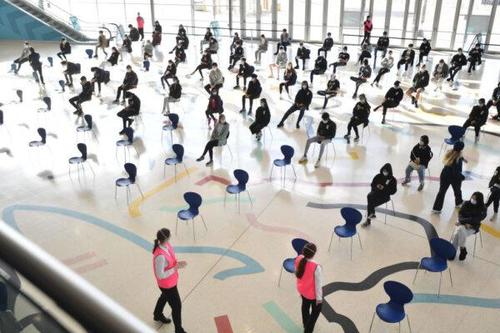 Students wait to receive the Pfizer vaccine for Covid-19 at Qudos Arena in Sydney, Australia, on Aug. 9, 2021. (Dean Lewins-Pool/Getty Images)

From Nov. 8, COVID booster shots will be available for all adult Australians six months after they got their second dose. Around 1.7 million people will be eligible for a booster dose by 2022, a move making Australia the second country in the world after Israel to offer boosters to all ages.

The Vaxx is Dead. Now What? by Raul Ilargi Meijer

All of the claims made for the vaccines a year ago have been shown to be false. Where do we go from here? From Raul Ilargi Meijer at theautomaticearth.com:

Pfizer Covid Jab ‘90% Effective Against Hospitalisation For At Least 6 Months’, says a recent Guardian headline. Do you remember 1 year ago or so, when these things were first reported on? We were told things like 95% effective against infection, nobody talked about hospitalization, and nobody ever mentioned a time limit.

I’m not sure if they are just moving goalposts or if maybe a whole new and different game has been started, but those changes in wording are stark. Effectively, we’ve been sold one narrative for a year and are now finding out that it was never true. It’s just that the propagandists, like the Guardian, are not yet ready to catch up with the changes. Here’s thinking that will change.

Meanwhile, a few billion people have been injected with substances that essentially don’t do what we were told they would. As for the effectiveness against hospitalization, that’s murky at best. For instance because in the US, as of August 7th 60% of hospitalizations were among fully-vaccinated individuals. But protection vs severe disease is the last leg the vaccine fanatics have to stand on, and they will protect that leg with all they got. Until they no longer can.

And even this article admits “Effectiveness against all Covid infections fell from 88% within a month of having two doses to 47% after six months..” OK, so after 6 months they’re useless. You wouldn’t get a EUA for 47%. But what do things look like after 3 months?

The Snake-Oil Salesmen and the COVID-Zero Con: A Classic Bait-And-Switch for a Lifetime of Booster Shots (Immunity as a Service), by Julius Ruechel

If they can make everyone get a booster every six months, it would be an annuity for the vaccine makers. From Julius Ruechel at juliusruechel.com:

If a plumber with a lifetime of experience were to tell you that water runs uphill, you would know he is lying and that the lie is not accidental. It is a lie with a purpose. If you can also demonstrate that the plumber knows in advance that the product he is promoting with that lie is snake oil, you have evidence for a deliberate con. And once you understand what’s really inside that bottle of snake oil, you will begin to understand the purpose of the con.

One of the most common reasons given for mass COVID vaccinations is the idea that if we reach herd immunity through vaccination, we can starve the virus out of existence and get our lives back. It’s the COVID-Zero strategy or some variant of it.

By now it is abundantly clear from the epidemiological data that the vaccinated are able to both catch and spread the disease. Clearly vaccination isn’t going to make this virus disappear. Only a mind that has lost its grasp on reality can fail to see how ridiculous all this has become.

But a tour through pre-COVID science demonstrates that, from day one, long before you and I had even heard of this virus, it was 100% inevitable and 100% predictable that these vaccines would never be capable of eradicating this coronavirus and would never lead to any kind of lasting herd immunity. Even worse, lockdowns and mass vaccination have created a dangerous set of circumstances that interferes with our immune system’s ability to protect us against other respiratory viruses. They also risk driving the evolution of this virus towards mutations that are more dangerous to both the vaccinated and the unvaccinated alike. Lockdowns, mass vaccinations, and mass booster shots were never capable of delivering on any of the promises that were made to the public.