The Gaslighting Of America, by Bob Weir

It’s a clear sign you’re crazy if you’re still relying on your own eyes and thinking for yourself. From Bob Weir at americanthinker.com:

I remember a comedy skit several years ago in which a woman comes home unexpectedly and finds her husband in bed with another woman. Shocked, she demands to know who the woman is and why her husband is doing this. The couple get out of bed and start getting dressed as the man says to his wife, “Honey, what are you talking about?” The wife, perplexed at the question, says, “I’m talking about that woman!” Meanwhile, the other woman, now fully dressed, heads for the door. The husband says, “What woman? Honey, are you feeling okay? There’s no woman here.” Feeling dazed and confused, the wife begins to question her own sanity.

That’s a pretty good example of what the Biden administration is pulling on the psyche of the American people. What they’re doing is not merely “spin,” which has become SOP whenever a political party does a clever sales job on the public in order to keep certain facts from them. No, this is much more than shrewd marketing; this is blatantly lying in the public’s face and telling them they’re crazy if they believe their own eyes. When we look at videos showing thousands of migrants coming across our southern border with impunity, while Biden and his cohorts tell us they have the situation under control, we’re being gaslighted.

When thousands of Americans and Afghan allies are abandoned to be tortured and killed by Taliban terrorists, while Biden’s press secretary, Jen Psaki, tells us the war ended successfully, we’re being told not to believe what we’re seeing. President Trump made our country energy independent, only to have his success overturned by Biden on day one of Biden’s presidency. That forced our country to once again be dependent on foreign oil. Biden said his action would help protect the environment. We scratch our heads and wonder how it makes sense to ship millions of barrels of oil on cargo ships from thousands of miles away, only to be used the same way it was used when it was processed here. Does foreign oil have less environmental effect than American oil?

Gaslighting: The Psychology of Shaping Another’s Reality, by Cynthia Chung

The movie Gaslight, from which the term gaslighting comes, looks like a fantastic movie, a good weekend download. From Cynthia Chung at thesaker.is:

We are living in a world where the degree of disinformation and outright lying has reached such a state of affairs that, possibly for the first time ever, we see the majority of the western world starting to question their own and surrounding level of sanity. The increasing frenzied distrust in everything “authoritative” mixed with the desperate incredulity that “everybody couldn’t possibly be in on it!” is slowly rocking many back and forth into a tighter and tighter straight jacket. “Question everything” has become the new motto, but are we capable of answering those questions?

Presently the answer is a resounding no.

The social behaviourist sick joke of having made everyone obsessed with toilet paper of all things during the start of what was believed to be a time of crisis, is an example of how much control they have over that red button labelled “commence initiation of level 4 mass panic”.

And can the people be blamed? After all, if we are being lied to, how can we possibly rally together and point the finger at the root of this tyranny, aren’t we at the point where it is everywhere?

“If you tell a lie big enough and keep repeating it, people will eventually come to believe it. The lie can be maintained only for such time as the State can shield the people from the political, economic and/or military consequences of the lie. It thus becomes vitally important for the State to use all of its powers to repress dissent, for the truth is the mortal enemy of the lie, and thus by extension, the truth is the greatest enemy of the State [under fascism].”

And here we find ourselves today, at the brink of fascism. However, we have to first agree to forfeit our civil rights as a collective before fascism can completely dominate. That is, the big lie can only succeed if the majority fails to call it out, for if the majority were to recognise it for what it is, it would truly hold no power. 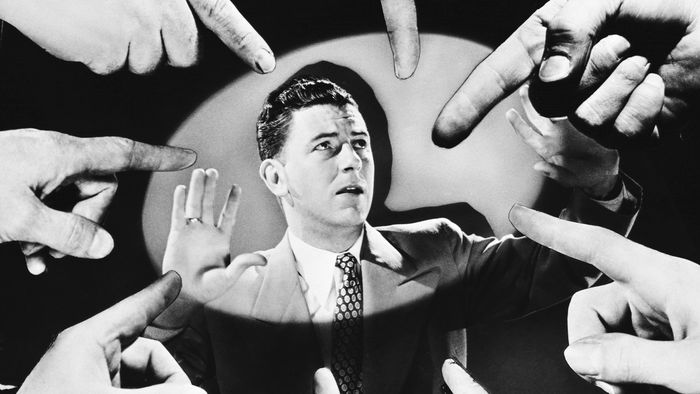 How NATO tries to “control the narrative.” From Patrick Armstrong at strategic-culture.org:

NOTE: Because “NATO” these days is little more than a box of spare parts out of which Washington assembles “coalitions of the willing”, it’s easier for me to write “NATO” than “Washington plus/minus these or those minions”.

Home Secretary Sajid Javid has called on Russia to explain “exactly what has gone on” after two people were exposed to the Novichok nerve agent in Wiltshire. (BBC)

The Russian state could put this wrong right. They could tell us what happened. What they did. And fill in some of the significant gaps that we are trying to pursue. We have said they can come and tell us what happened. I’m waiting for the phone call from the Russian state. The offer is there. They are the ones who could fill in all the clues to keep people safe. (UK security minister Ben Wallace)

Leaving aside their egregious flouting of the elemental principle of English justice, note that they’re uttering this logical idiocy: Russia must have done it because it hasn’t proved it didn’t. Note also, in Javid’s speech, the amusing suggestion that Russia keeps changing its story; but to fit into the official British story “novichok” must be an instantly lethal slow acting poison which dissipates quickly but lasts for months.

This is an attempt to manipulate our perception of reality. In a previous essay I discussed NATO’s projection of its own actions onto Russia. In this piece I want to discuss another psychological manipulation – gaslighting.

The expression comes from the movie Gaslight in which the villain manipulates her reality to convince his wife that she is insane. Doubt the official Skripal story and it is you – you “Russian troll” – who is imagining things. Only Russian trolls would question Litvinenko’s deathbed accusation written in perfect English handed to us by a Berezovskiy flunky; or the shootdown of MH17; or the invasion of Ukraine; or the cyber attack on Estonia. Only a Russian troll would observe that the fabulously expensive NATO intelligence agencies apparently get their information from Bellingcat. Argumentum ad trollem is everywhere: count the troll accusations here or admire the clever anticipatory use of the technique there.

This is classic gaslighting – I’m telling the truth, you’re the crazy one.

We may illustrate the eleven signs of “gaslighting” given in Psychiatry Today by Stephanie A. Sarkis with recent events.