Why are they FINALLY “admitting” the Covid Vax could be harmful? By Kit Knightly

Any admission from a government anytime or anywhere is cause for suspicion. From Kit Knightly at offguardian.org:

The mainstream narrative spinners – from politicians to the CDC to the media – have started reporting “possible harms” due to Covid “vaccines”.

This is a potentially seismic shift in the narrative, but as usual we need to ask  the perennial questions –

For almost two years, those of us expressing concern about the possible damage done by forcing untested and unnecessary gene therapies on billions of people have been either ignored by the noisy majority or slandered by them. And this includes both mainstream and “alt” media.

On the rare occasion an “anti-vaxxer” was given any kind of platform, it was usually either a hand-picked kook, or a minor celebrity making arguments from emotion.

The actual science – and the professionals communicating that science – were banished from the mainstream airwaves. Airbrushed out of sight and mind.

The vaccines were branded “safe and effective”, by everyone everywhere.

On censorship and heresy, by Simon Black 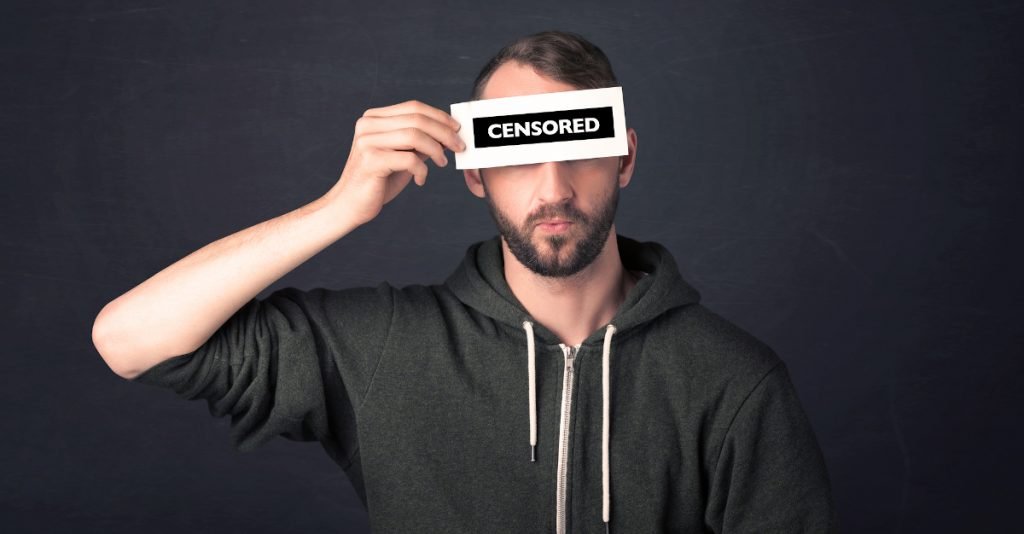 More than 400 years ago in the year 1615, the Catholic Church hired eleven ‘expert consultants’ and asked them to review the scientific work of Nicolaus Copernicus.

Copernicus, of course, was one of the first scientists to propose that the sun (not the earth) was at the center of the universe.

But even though Copernicus had been dead for more than 70 years at that point, his ideas still lived on… and were being advanced by none other than Galileo.

Galileo had published his own research with compelling evidence that Copernicus was right.

So the Vatican decided to settle the matter with its panel of expert ‘fact checkers’.

On February 4, 1616, the fact checking committee issued its final report to Rome: the Earth is clearly the center of the universe. And any other view constituted heresy.

They concluded that the Copernicus/Galileo heliocentric view is “foolish and absurd in philosophy, and formally heretical since it explicitly contradicts in many places the sense of Holy Scripture…”

The fact checkers’ assessment ultimately helped convict Galileo of heresy later in life; his works were banned, was threatened with torture, forced to recant his scientific conclusions, and spent the last eight years of his life under house arrest.

It was a very sad ending to the life of a man who contributed so much to the world.

Vatican bureaucrats would go on to ban works by many other scientists and philosophers , including René Descartes, Jean-Jacques Rousseau, Immanuel Kant, and John Locke.

The Vatican may very well have felt that their censorship and fact-checking were righteous.

But we obviously know in retrospect that many of the people they censored were legitimate scientists whose only crime was having a different point of view.

It’s not so different from the legions of fact-checkers lurking the Internet today.

Governments probably can’t stop Bitcoin, and some of them may not want to. From Alex Gladstein at quillette.com: 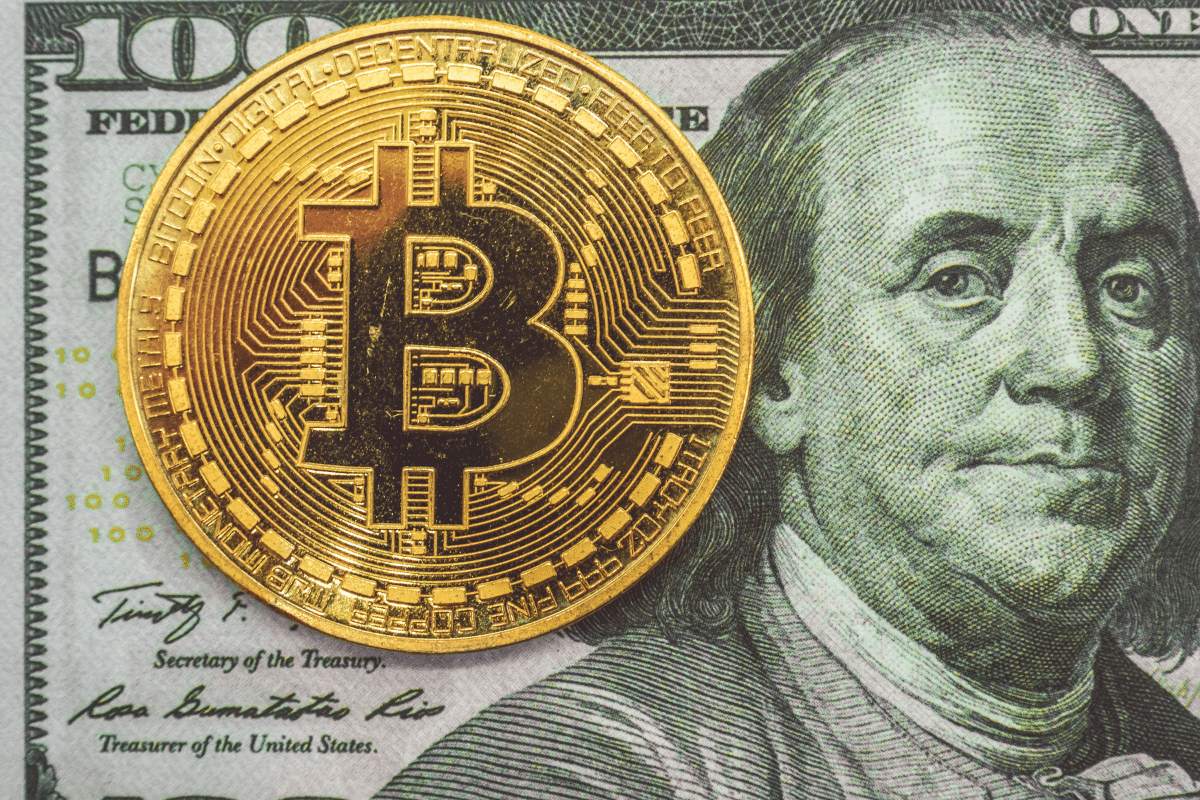 Since its creation more than 12 years ago, Bitcoin is undefeated. Its price has leaped from $5 to $50 to $500 to $5,000 to now past $50,000. The number of global users has eclipsed 100 million. The system’s network security, number of developers, and new applications are at all-time highs. Dozens of companies including Tesla and Square have started to add Bitcoin to their corporate treasuries.

This worldwide success doesn’t mean that people haven’t tried to stop Bitcoin. The digital money project has in fact survived a variety of attacks which in some cases threatened its existence. There are two main vectors: network attacks on the software and hardware infrastructure, and legal attacks on Bitcoin users. Before we explore them and consider why they failed, let’s start at the beginning.

In January 2009, a mysterious coder going by the name of Satoshi Nakamoto launched Bitcoin, an open-source financial network with big ambitions: to replace central banking with a decentralized, peer-to-peer system with no rulers. It would use a programmable, highly-fungible token that could be spent like electronic cash or saved like digital gold. It would be distributed around the world through a set-in-stone money printing schedule to a subset of users who would compete to secure the network with energy and in return, get freshly minted Bitcoin.

Initially, most were understandably skeptical, and very few paid attention. There had been attempts at creating “ecash” before, and all had failed. No one had been able to figure out how to create a decentralized, incorruptible mint, or how to grow a system that couldn’t be stopped by governments. If people aren’t allowed to dissent, the pressure builds until things blows up. From Charles Hugh Smith at oftwominds.com:

The frantic efforts of am exploitive elite to eliminate dissent only accelerates the regime’s path to collapse.

Regimes that are losing public support always make the same mistake: rather than fix the source of the loss of public trust–the few enriching themselves at the expense of the many– the regime reckons the problem is dissent: if we suppress all dissent, then everyone will accept their diminishing lot in life and the elites can continue on their merry way.

What the regimes don’t understand is dissent is the immune system of society:suppressing dissent doesn’t just get rid of pesky political protesters and conspiracy theorists; it also gets rid of the innovations and solutions society needs to adapt to changing conditions. Suppressing dissent dooms the society to sclerosis, decline and collapse.

Dissent is the relief valve: shut it down and the pressure builds to the point that the system explodes. Regimes that no longer tolerate anything but the party line fall in one of two ways: 1) the pressure builds and the masses revolt, tearing the elite from power or 2) the masses opt-out and stop working to support the regime, so the regime slowly starves and then implodes.

END_OF_DOCUMENT_TOKEN_TO_BE_REPLACED

Trump And the Presidential Fearmongering Tradition, by James Bovard

Fear, and using it to expand their power, are governments’ stock in trade. The last sentence of this essay is particularly pertinent. From James Bovard at lewrockwell.com:

The media is railing about Trump for fearmongering ahead of the midterm elections.  Like this never happened before?  Like this is not the job description of modern politicians? Like Obama, George W. Bush, and Clinton did not fearmonger whenever they could profit by spooking Americans?  Trump is continuing a tradition that was firmly established by Woodrow Wilson.  Fearmongering is simply another proof of the rascality of the political class – and another reason why their power should be minimized. Here’s a 2011 piece I wrote on the topic, excerpted in part from Attention Deficit Democracy.

In his 1776 essay, “Thoughts on Government,” John Adams observed, “Fear is the foundation of most governments; but it is so sordid and brutal a passion, and renders men in whose breasts it predominates so stupid and miserable, that Americans will not be likely to approve of any political institution which is founded on it.” The Founding Fathers hoped the American people would possess the virtues and strength to perpetuate liberty. Unfortunately, politicians over the past century have used trick after trick to send Americans scurrying to politicians to protect them.