Under the Biden administration, the rule of law, US borders, contractual rights, and race relations are crumbling. From Victor Davis Hanson at zerohedge.com:

Americans are growing angrier by the day, but in a way different from prior sagebrush revolts such as the 1960s Silent Majority or the Tea Party movement over a decade ago.

The rage this time is not just fueled by conservatives.

For the first time in their lives, Americans of all classes and races are starting to fear a self-created apocalypse that threatens their family’s safety and the American way of life. 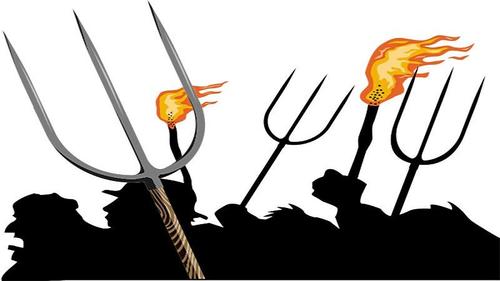 The border is not just porous as in the pre-Trump past. It is arguably nonexistent. Some 2 million people may cross illegally in the current fiscal year, according to reports — with complete impunity. There is zero effort to stop them. Officials hector Americans daily to get vaccinated and tested for COVID-19. But they are mute about illegal entrants, some of them no doubt infected with the virus.

Have we ever had a president who made no pretense about destroying federal immigration law and asking of Americans what he does not ask of those entering the country illegally?

Joe Biden has also conceded that his moratorium on housing evictions defied a Supreme Court ruling. He added that he probably didn’t have the legal authority to ignore the court but didn’t really care.

As in the case of demolishing immigration law, the president seems either unaware or proud that he is insidiously dismantling the Constitution.