There’s not one person on this planet who has lived under a purely capitalistic system, yet every economic ill and shortcoming is attributed to capitalism. From Jeff Thomas at internationalman.com: 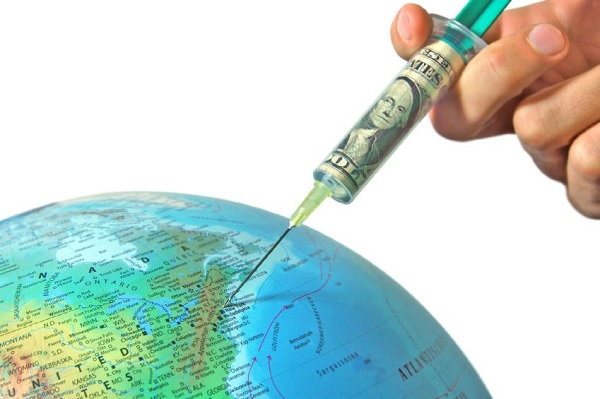 Capitalism, whether praised or derided, is an economic system and ideology based on private ownership of the means of production and operation for profit.

Classical economics recognises capitalism as the most effective means by which an economy can thrive. Certainly, in 1776, Adam Smith made one of the best cases for capitalism in his book, An Inquiry Into the Nature and Causes of the Wealth of Nations (known more commonly as The Wealth of Nations). But the term “capitalism” actually was first used to deride the ideology, by Karl Marx and Friedrich Engels, in The Communist Manifesto, in 1848.

Of course, whether Mister Marx was correct in his criticisms or not, he lived in an age when capitalism and a free market were essentially one and the same. Today, this is not the case. The capitalist system has been under attack for roughly 100 years, particularly in North America and the EU.

A tenet of capitalism is that, if it’s left alone, it will sort itself out and will serve virtually everyone well. Conversely, every effort to make the free market less free diminishes the very existence of capitalism, making it less able to function.

Today, we’re continually reminded that we live under a capitalist system and that it hasn’t worked. The middle class is disappearing, and the cost of goods has become too high to be affordable. There are far more losers than winners, and the greed of big business is destroying the economy.

This is what we repeatedly hear from left-leaning people and, in fact, they are correct. They then go on to label these troubles as byproducts of capitalism and use this assumption to argue that capitalism should give way to socialism.