Let’s hope the great Southwest Airlines Rebellion sparks even greater rebellions across the country. From Ron Paul at ronpaulinstitute.org:

The incredible cruelty and folly of forced vaccines finally came home to roost. The vaccine mandate backlash has been bubbling just under the surface, but now it has spilled out into the open, threatening to completely derail an already crumbling economy and to obliterate a deeply unpopular US President and Administration.

Seemingly out of nowhere what appears to be a Southwest Airlines rebellion has taken flight this weekend. According to media reports, scores of pilots and other Southwest employees have coordinated the taking of “sick days” to use them up in advance of a Southwest Airlines mandate to get the jab or lose the job. Over Saturday and Sunday more than 2,000 flights have been cancelled, with airports experiencing full-on mayhem.

The Southwest Airlines Pilots Association is suing the airline over the imposed vaccine mandate, bolstering the claim that there is a “sick out” underway among angry Southwest pilots.

The mainstream media is doing its best to keep a lid on the expanding rebellion against the vaccine mandates, and Southwest Airlines itself is blaming the cancellations on bad weather and a lack of air traffic controllers. However, the weather problems that Southwest claims to be experiencing seem unique to that carrier: no other airline (thus far) is reporting such weather-related cancellations. And FAA spokesperson Steve Kulm told USA Today that “No FAA air traffic staffing shortages have been reported since Friday.”

Will other pilots, such as at American Airlines, follow suit? Rumors are circling that this is only the beginning.

It’s a revolt that dares not speak its name, a revolt against a vaccine mandate. From Sundance at theconservativetreehouse.com:

People inside Southwest Airlines are speaking out carefully and pointing out why there are so many flight disruptions.   Essentially, the background issues are what were discussed earlier.  Pilots are pushing back against vaccine mandates; and if you think about the curriculum vitae of a typical pilot, it makes sense. 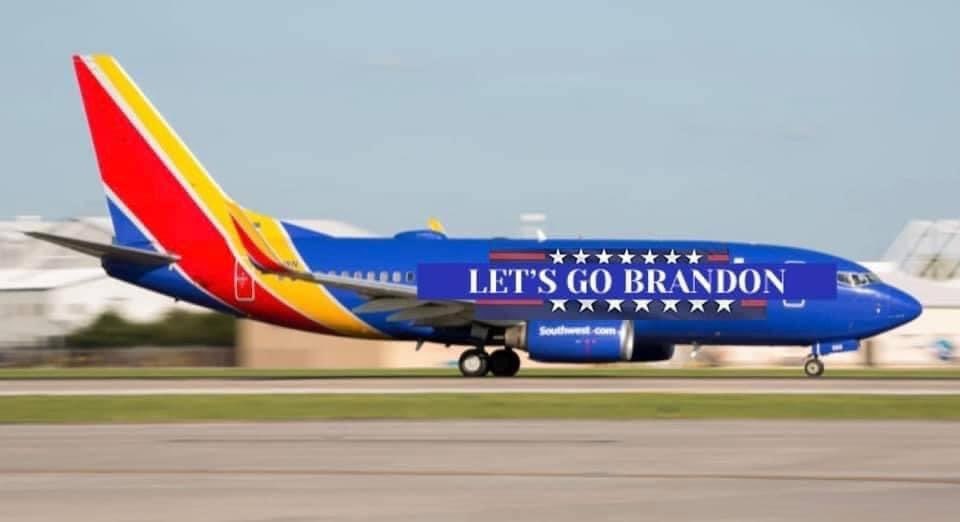 A big percentage of commercial airline pilots are former military pilots.  That group of people carry a strong disposition toward the principles of patriotism, service, liberty and freedom.

It is a simple truism that upsets leftists, but it makes sense for this specifically skilled workforce group to be the tip of the push back spear.

Alex Berenson provides some background details after being contacted by a Southwest pilot: “The pilot emailed following the first Southwest post today (and provided his SWA ID to prove his identity). He asked that I paraphrase the email.

Essentially, the union cannot organize or even acknowledge the sickout, because doing so would make it an illegal job action. Years ago, Southwest and its pilots had a rough negotiation, and the union would not even let the pilots internally discuss the possibility of working-to-rule (which would have slowed Southwest to a crawl).

But at the moment the pilots don’t even have to talk to each other about what they’re doing. The anger internally – not just among pilots but other Southwest workers – is enormous. The tough prior negotiations notwithstanding, Southwest has a history of decent labor relations, and workers believe the company should stand up for them against the mandate. Telling pilots in particular to comply or face termination has backfired. (read more)