Notwithstanding the cringe-worthy title (there’s no such thing as “the  Public Good”, the public being an agglomeration of individuals), this is a pretty good article. From Scott Mason at The Epoch Times via zerohedge.com:

A crisis has now darkened Western democracies just as surely as long-benighted dictatorships.

Wherein does it lie? In the disdain with which its proud technocrats dismiss conscience. Conscience is no quantifiable thing; it has no weight or measure, and it cannot be listed among a nation’s assets. Science can’t prove it exists. 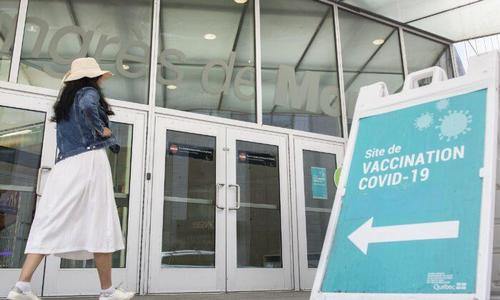 Yet conscience is no mere trifle. Conscience distinguishes humanity from the brutes of creation. It is the little spark of celestial fire that motivated the obedience of our nations’ greatest heroes in their darkest hour. It is the voice of God in the soul.

Over the past 18 months, our fundamental freedoms have all been assaulted by a virus. The public incursions against freedom have been protested, but the small private matter of conscience has received scant attention.

Why? Because it is the casualty of “friendly fire”—by friends who never acknowledged it.

Conscience was caught in the politicians’ war on COVID-19 and its variants. They confessed their faith in science to defeat it. Progress demanded it. Computer models predicted the threat to the control of “the system” of public health to be so terrible that to defend their Technopoly, as coined by Neil Postman in his book of the same name, politicians seized extraordinary emergency powers to aid science in its certain victory.

This unwavering faith in science was completely irrational, if not unscientific. Science itself tells us that viruses are not living organisms. They cannot be killed. They also mutate. All the gains from rushing the slow safety protocols of science to contain last year’s virus were swiftly lost in subsequent variants.