Resist or Submit, by Robert Gore 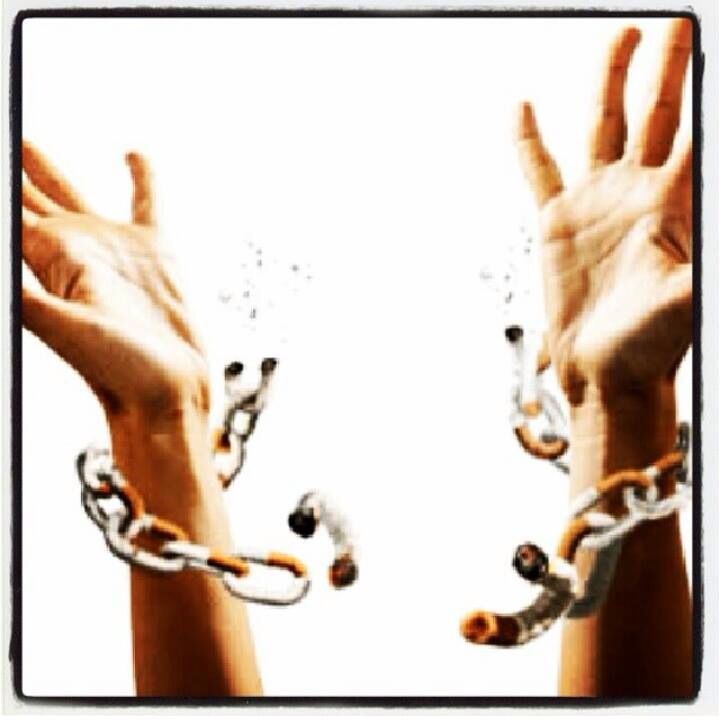 The objective of the coronavirus response and the riots.

During the coronavirus hoax and the George Floyd riots, most people kept their comments and criticisms to private conversations and internet postings. They didn’t respond to forced lockdowns or violence in the streets with violence of their own, although many of them have the ability and capacity to do so. Their restraint has been the primary force keeping whatever remains of the peace in this country.

The restraint stems from respect for that peace, their stake in maintaining it, and a fading hope that things will eventually get back to normal. People who run businesses, have jobs, own property, and are engaged in honest production have a vested interest in civil order. Only reluctantly will they overtly oppose unjust and idiotic government measures or rampaging rioters. Keeping their cold rage on ice, the vast majority will be moved to action only when they feel they have no other choice.

That day is coming. Consider the philosophical obscenity of governments renouncing their only justified reasons for existence—protecting individual rights, particularly the foundational rights of security for people and property. The Minneapolis city council voted to disband its police force and other jurisdictions are considering defunding theirs. Minneapolis and Seattle abandoned police stations to mobs. No word yet if criminals are going to swear off crime and embark on productive pursuits, or where they’ll find such pursuits with 30 plus million unemployed. The only certainly is that official appeasement will elicit nothing but what appeasement always elicits—contempt.

The criminals will fill the void as any remaining police retreat from law enforcement that might subject them to personal danger as well as official recrimination and punishment. As slums and ghettoes become “no-go” areas akin to Islamic “no-go” districts in Europe, the criminals and their gangs will thrive while the innocent will suffer, forced to either leave or cower in place. Eventually entire cities will be “no-go.”

It’s already happening in once great cities that have been governed by statist stooges for decades. Their governments are crumbling and the cities are dissolving into chaotic hellholes before their eyes, if they’d open them up and look. Many cities are already shunned by anyone seeking freedom and its fruits: individual rights, honest production, voluntary interaction, wealth, security, and peace.

City and state governments and the federal government are flat broke and technically bankrupt. Coronavirus totalitarianism and the George Floyd riots have destroyed businesses, jobs, and property values—the tax base—while at the same time increasing the demand for support payments, social services, and public safety. Governments are presently running deficits and their future medical and pension liabilities are far greater than their means to pay them.

Insolvency will be anti-government revolutionaries’ staunchest ally, not requiring them to lift a finger but merely watch as governments spend and borrow themselves into ruin. This will undoubtedly inflict a great deal of misery on the populace, but governments are not their people. The latter will still have productive assets and skills; the former produce nothing.

The federal government is resorting to the tactic resorted to by bankrupt governments throughout history—debasing its own debt—as if manufacturing ever increasing trillions of new IOUs can actually produce value. A government undermining its own debt is idiocy on par with a government disbanding its police department. Historically, debasement becomes debauchery followed by downfall. A government that can offer the honest and the productive nothing but its own worthless promises has one foot in the grave, potential prey to anyone who can promise something better—restoration of political, financial, and economic stability—by fair means or foul.

The coronavirus response, monetary debasement, and George Floyd riots have clearly demonstrated to the honest and the productive that governments offer them less than nothing. For decades they’ve been told they have to put up with governments’ protection racket. Taxes, coerced redistribution, and funny money would keep the rabble at bay and protect whatever governments left them of their businesses, incomes, and wealth. By and large they put up and shut up.

Now governments can’t or won’t protect themselves and officials are taking the knee in hopes they’ll be spared by the marauding horde. We’ll see how that works out. Many of their constituents who still have spines have gone full rooftop Korean—stocking up on guns and ammo to protect the homes and businesses governments won’t. They’ve seen the futility of governments as protection racket, and of putting up and shutting up.

The marauding horde and its rhetorical and political enablers have told a vast swath of the population that their jobs, businesses, safety, and lives do not matter, except as fodder for the horde. Predictably, the horde is setting up its own protection racket: show us the money…or else.

Politicians will be writing rubber checks to propitiate the ceaseless demands for the unearned from anyone with a gripe and political clout. A figure of $14 trillion, even if it is just funny money, has been bandied about as slavery reparations from people who were never slaveowners to people who were never slaves. That $14 trillion may not make it into law, but a smaller amount might—more money from those who earn it to those who don’t. The honest and the productive always pick up the tab, and the recipients never stay propitiated. Why is anyone surprised at the former’s contempt for the latter or the latter’s contempt for the former? Perhaps we need to have a conversation about that.

Or perhaps before the collapse of the cities spreads to the rest of the country, before cold rage erupts into hot rage, before the financial and economic system completely fails, and before wars erupt and governments are overthrown, we need to have a conversation about divorce. Here’s a proposal that will never be peaceably implemented, but it’s important to understand why it won’t be.

Given the irreconcilable ideological divisions within the U.S., why not split the country into six or seven different countries that reflect those divisions? The East Coast and New England could go their own way, same for the Middle Atlantic, the South, the Midwest, the Southwest, the mountain states, and the far West. Not that there aren’t cultural and political differences within those regions, but there is more homogeneity than within the US as a whole.

For the first ten years allow free immigration between the new countries so everyone has the opportunity to migrate to the country for which they have the most affinity. Split up the nukes and other military assets so each country can deter attack. The countries will work out taxes, trade, and other economic arrangements as they see fit. Those may run the gamut from Marxist collectivism to laissez faire (where SLL would end up).

The animating spirit of this proposal is allowing people to go their own way and find their own place, in short, to live and let live. And that is why it has no chance of being accepted. Other than Laissez-Faire land, none of the countries could allow live and let live. From mixed economy welfare-statism to democratic socialism to Marxist totalitarianism, every political system is built on subjugation and submission, on a principle that boils down to: your life is the state’s.

There are differences in degree, but the essential principle is always the same. The state can take what it wants from you, up to and including your life as it sends you off to a concentration camp, a gas chamber, or a pointless war. Governments all over the world just deprived their citizens of jobs, businesses, free movement, and even the right to breathe fresh air. Coming soon: mandatory vaccines, biometric identification, a health credentialing and credit system modeled on China’s social credit system, and universal contact and location tracing.

Anyone who has watched a baby, a kitten, a puppy, or any other animal being born has witnessed the miracle of new life. For humans, those precious moments open the gates to all the amazing potential of the human mind, spirit, and soul. The possibilities on this extraordinary journey called life are endless—to be met with anticipation and realized with joy.

Such is a healthy human spirit. What is the animating spirit of coercion, power, subjugation, and totalitarianism? No truism was ever truer: misery loves company. Those who privately bear their suffering out of strength of spirit and quiet consideration for the rest of us deserve a salute. Miserable, malignant souls have no strength of spirit or consideration for others. They exercise power for power’s sake, their cancer feeding on submission and domination.

A strong human spirit recoils in instinctive loathing at ritual exactions like wearing a mask or taking a knee. At least 90 percent of the masks worn are ineffective, and 100 percent adversely affect wearers, who are rebreathing their own respiratory waste and affirming mindless group-think.

Will stepped in front of his portrait and studied it. In Arabella’s experience, no one could look upon his own face in a mirror, or see a representation of it, indifferently. Will liked to look at himself. He was handsome, why shouldn’t he? Arabella liked to look at herself. She liked what she saw, and she studied her face’s angles and proportions. There were those who didn’t like looking at themselves, sometimes because their faces were unsightly or deformed, but usually because they saw deformity or ugliness in themselves that no one else saw.

It’s conjecture, but not unfounded, that masks satisfy a psychic need. People are wearing masks when they are alone in their cars or outdoors, and they may not remove them even after the official all clear, if that ever comes. You don’t hide what you’re proud of, and the face is the window to the soul.

No conjecture is required here; this is abject self-abasement. Nancy Pelosi, Chuck Schumer and company are concretizing a handover. Their politics draped pursuit of power in professed altruistic concern for the constituencies that provided them power. Now they are kneeling to the new politics, if you can call it that, which dispenses with the hypocritical concern, sees people not as individuals but as members of groups who either aid or hinder the acquisition of power, and are driven by malevolent plans to subjugate and enslave. It’s a race to the bottom. This handover is like the brutal and vicious Mafia ceding the drug business to the even more brutal and vicious Columbians.

Such power always insists, at the point of a gun if necessary, on complete submission in thought, word, and deed. Those scheming for control of CHOP, a city, a state, the United States, or the entire world are overjoyed that millions submit to Covid-19 tyranny and that government officials, corporate executives, celebrities, and other “important” people genuflect to orchestrated violence. Does anyone think all this taking of knees would have happened if there had been peaceful protests but no riots? The lesson our would-be rulers, or more correctly, our would-be dictators, will take from this: fear works on both the masses and the elite.

The translation of “laissez faire” is “let go.” Unfortunately for those of us who want the freedom to live our lives as we see fit, malignant souls don’t let go and won’t allow us to live in freedom, pursuing our own happiness. Even a laissez-faire district the size of CHOP wouldn’t receive the tolerance that collectivist CHOP has so far. The police or troops would clear it out as quickly as they could.

The choice for each of us couldn’t be clearer: resist or submit.

76 responses to “Resist or Submit, by Robert Gore”