James Howard Kunstler sees ominous develops on all fronts. From Kunstler at kunstler.com: 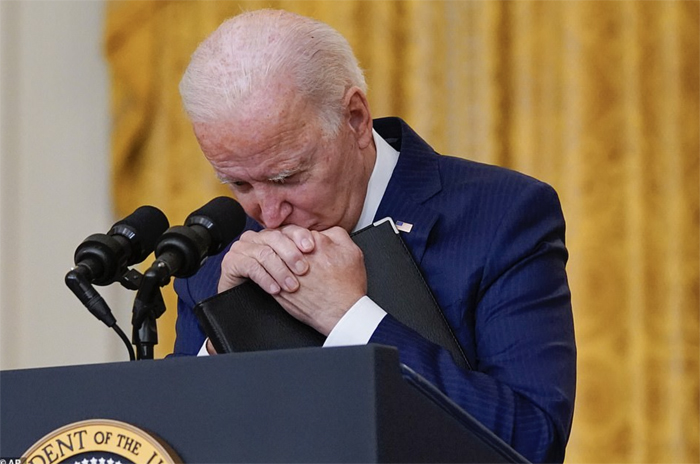 It would only be cruel to burden readers with more opprobrious denunciation of the pathetic figure pretending to lead the nation, but it might be fair to ask: what is to be done about him? It’s looking a little bit as though “Joe Biden” is skidding toward resignation. His body language suggests defeat. When newsman Peter Doocy asked him Thursday evening on live TV about the thirteen American soldiers blown up outside the Kabul airport, he folded up in front of the cameras like a broken accordion. Poor optics, as they say in the spin business. This was after he kept the country waiting for five and a half hours to even make an appearance when news of the bombing broke.

His managers installed a “poison pill” named Kamala Harris as his vice-president, and even members of her own party get the vapors at mere fugitive thoughts of her trying to run the country, giggling from one crisis to another. Meanwhile, the veep cut short her tour of Southeast Asia, rushing to aid beleaguered California Governor Gavin Newsom at a rally to fight his recall vote… but then cut short her Newsom rescue mission to fly on to Washington. Electioneering during the greatest hostage crisis in US history probably equals more poor optics. She will presumably spend the days ahead “standing by” on developments, within reach of the Xanax vial — while a claque of party bigwigs importunes her to get rolling on the 25th amendment.