No, they assured us, we’re not coming for your guns…until they started coming for our guns. From James Fite at libertynation.com:

California continues to proudly lead the charge toward a disarmed citizenry. In the latest attack on the Second Amendment, Santa Clara County is forming what they call a “county gun team” – a unit of lawyers, analysts, and prosecutors authorized to seek out and confiscate firearms from those the state feels shouldn’t have them.

Remember when Democrats used to try to mollify armed Americans by saying, “No one’s coming for your guns” with every incremental gun control measure they proposed? Well, it’s official: They’re coming for the guns – some of them, at least. Surprised? You shouldn’t be. As Liberty Nation’s Graham J. Noble once wrote, “Democrats have never come across a gun restriction they didn’t like.” The Santa Clara Board of Supervisors voted unanimously to approve funding for the proposal, which was put forth by board president Cindy Chavez. The team will consist of seven people – three crime analysts, two lawyers, and two prosecutors. They will be tasked with identifying those who have been ordered to surrender their weapons and ensure these dangerous people aren’t still armed. If necessary, they’ll obtain search warrants for local law enforcement to go and take the guns.

Deputy District Attorney Marisa McKeown explained that “the very voluminous California laws on guns mean nothing if we don’t adequately and smartly enforce them.” She is correct, of course. Those who don’t care to follow the old laws aren’t likely to care much about the new ones. That’s why Second Amendment advocates say gun control doesn’t work.

END_OF_DOCUMENT_TOKEN_TO_BE_REPLACED

James Ostrowski is an ammo supplier—he supplies intellectual ammunition for defenders of the Second Amendment. From Ostrowski at lewrockwell.com:

Note: This is an excerpt from The Second Amendment Works:  A Primer on How to Defend Our Most Important Right.

When I was a teenager, I supported gun control.  I had no real understanding of the issue, having never been taught about the history, purpose or efficacy of the right to bear arms in school.  I read Robert Sherrill’s book, The Saturday Night Special, and supported candidates who were anti-gun such as Ramsey Clark and Morris Udall.  I was on all other issues strongly in favor of civil liberties, but I did not make the connection at a young age.

In 1979, I joined the libertarian movement which is based on the natural rights of the individual to life, liberty and property, so the right to bear arms was an obvious part of the package.  Occasionally over the years, I would discuss the Second Amendment in my writings. In 1994, I wrote a column for the Mises Institute called “Guns and Drugs,”[1] in which I predicted, correctly, that the violence caused by the war on drugs would lead to an intensification of the war on guns, ironically since most gun owners favored the war on drugs.  I have urged, to no avail so far, advocates of the right to bear arms to join forces with advocates of the right to bear drugs, both being private property.  In the same article, published fourteen years before Heller v. District of Columbia, I argued that the Second Amendment protects an individual right to bear arms to deter government tyranny.

END_OF_DOCUMENT_TOKEN_TO_BE_REPLACED

Richmond: The Mother of All Buffalo Jumps, by Matt Bracken

Matt Bracken implores Second Amendment activists not to make Virginia’s Lobby Day January 20 a tactical and propaganda victory for the gun controllers. From Bracken at americanpartisan.org:

Richmond: The Mother of All Buffalo Jumps

The more I ponder the mass demonstration being promoted by the Virginia Citizens Defense League for the annual Lobby Day at the Richmond Capitol, the more it looks like a disaster in the making. I wish it were otherwise, but I see many times more downside risk than possible upside benefit.

Even if Virginia Senate Bill 16 is passed, banning nearly all semi-automatic firearms, the new law will be challenged in court, and given the potential dire outcomes, the case will rapidly ascend to the SCOTUS. This process will take years, and Governor Ralph Northam and the Democrat majority in the legislature may be voted out in the meantime, and the law overturned. So why, before all that happens, go charging into Richmond in just a few weeks? Will rabidly anti-gun urban Democrats be convinced to change their minds because of a mass rally by their despised deplorable enemies? Not a chance. Instead, it will only harden their resolve. Now let’s look at the downside risks, which I have divided into overlapping scenarios, from best to worst case.

END_OF_DOCUMENT_TOKEN_TO_BE_REPLACED

Second Amendment Sanctuary Cities For The Win, by Kurt Schlichter

It’s glorious how the normal people of Virginia are rising up to reject Governor Blackface … or is it Governor KKK-klothes? He can’t seem to remember which one he was in the photo, meaning he had probably donned both creepy get-ups at some point. Yay, our Democrat betters! In any case, the people are telling him, “No, we’re not letting you goose-stepping Bloomberg bots take our guns,” and it is especially glorious that the means to make this righteous commitment is a new, and not garbage, sanctuary movement.

I’ve always been an advocate of playing by the left’s new rules, and this is a great opportunity to new rules the libs good and hard. We got your sanctuary right here, pinkos.

See, the left decided that Virginia, whose northern reaches are now full of government workers and other garbage people, needed to turn blue. With tons of lib donor money and the aid of a typically inept state GOP (I know those feel here in California), they managed to just barely grab control of both houses of the legislature. With Governor Byrd-Jolson in charge, they immediately promised to do away with the Second Amendment. They announced that they were going to confiscate the citizens’ scary guns and do all sorts of other things to show those disobedient, probably Jesus-loving rubes who was boss.

END_OF_DOCUMENT_TOKEN_TO_BE_REPLACED 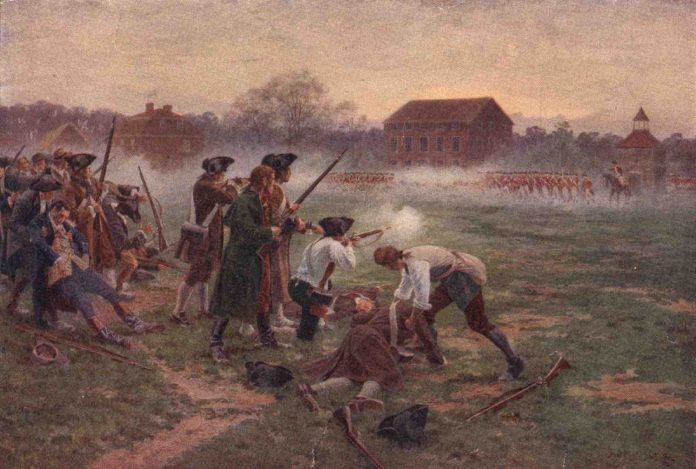 Virginia is a microcosm of the problems globalists everywhere are going to face: civil disobedience and insurrection. From Daisy Luther at theorganicprepper.com:

Virginia is the new battleground of the Second Amendment. After the most recent election, the state’s House and Senate are both Democrat majorities and they haven’t wasted a moment in attempting to gut the gun laws in what has historically been a permissive state.

What are these new gun laws?

The so-called “assault weapon ban” is SB16 and has that perilously vague wording we all know to be incredibly dangerous. In some interpretations, this law, if it passes, could make illegal the ownership or transportation of any semi-automatic gun because extendable magazines are available for it – and you don’t even have to have the extendable mags.