Undeniable fact: “Carbon Dioxide” is NOT a “pollutant” but a Giver of Life, by Dr. Klaus L.E. Kaiser

With all the measures out there against carbon dioxide and global warming, maybe we can get rid of carbon dioxide entirely, and maybe humanity as well. From Dr. Klaus L.E. Kaiser at iceagenow.info:

It never fails to amaze me how “climate change” is being equated with “carbon dioxide” (commonly referred to simply as “carbon”) or even termed “carbon pollution.”  In fact, carbon dioxide (chemical symbol “CO2”) is the substance that is absolutely vital for all life on Earth!

Yes, “climate change” has been going on (up and down) ever since this planet came into existence. Just 22,000 years ago, the whole eastern part of Canada was covered with a 1 to 3 km thick sheet of ice. Since then, over a period of around 15,000 years, it just melted away with natural “climate change.”

Does any sane person really think it was because of some camp-fires by the few earthlings then inhabiting the continents? And, why should that natural process have stopped once the ice was gone? Furthermore, analyses of deep ice core samples showed that the carbon dioxide rose well after the ice began melting, with a time lag of nearly 1000 years.

According to official propaganda, CO2 is bad when it’s out there in the environment, but good when you have to breath it and other respiratory exhalations back in. From Jeff Harris at lewrockwell.com:

You may recall that back in 2009 The Environmental Protection Agency (EPA) went on record as designating carbon dioxide (CO2) as a pollutant that was contributing to manmade climate change. A February 23rd, 2009 Wall Street Journal Article said in part:

Of course humans exhale CO2 as a natural part of the respiratory process. People need a constant flow of fresh air for proper brain function and for our immune system to operate optimally.

But now we’re seeing a massive push to mandate mask wearing allegedly due to Covid-19. Way back in March of this year the World Health Organization (WHO) and the Centers for Disease Control (CDC) were on record saying masks should only be worn by people who were around sick people. Healthy people didn’t need to wear masks.

But all that has changed.

END_OF_DOCUMENT_TOKEN_TO_BE_REPLACED

Treating CO2 as a pollutant is a back-door way of eliminating the internal combustion engine, since they necessarily produce CO2. So do the power plants that supply the electricity that powers electric cars. From Eric Peters at theburningplatform.com: 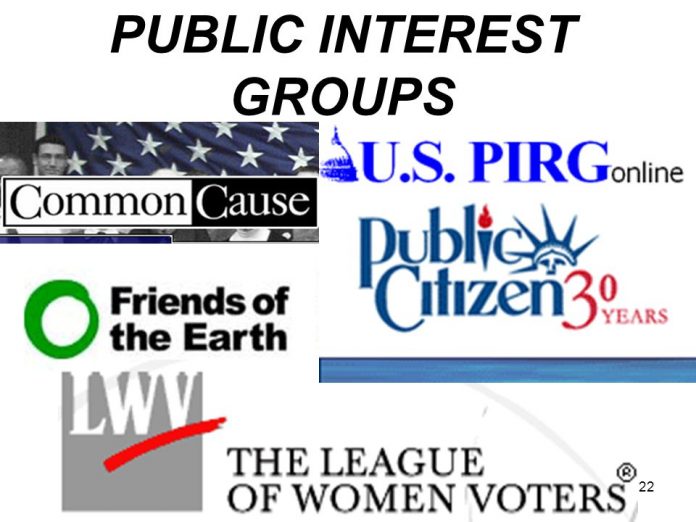 Ralph Nader’s outfit, Public Citizen, is attempting to shame Ford and VW for not embracing the catastrophic 54.5 MPG CAFE standard imposed by Barack Obama’s EPA and for not bear-hugging the idea that carbon dioxide – an inert gas that has never before been categorized as a “pollutant” – ought to be regulated as if it were.

The Naderite group – whose claims to represent the public are never questioned – accused the industry of “colluding” with the Trump administration – which was at least elected – to dial back or even toss the standards. (Bully; it’s about time someone in the business grew a pair.)

It demands that Ford and VW – for starters – “disassociate themselves” from the American Alliance of Automobile Manufacturers, the industry lobbying group which has been working hard to restore a degree of engineering and economic sanity by explaining to the public – and to lawmakers – that requiring new cars to average 54.5 MPG is effectively a requirements to retire every currently-in-production car except the Toyota Prius plug-in hybrid, which is the only current car that meets the 54.5 MPG standard.

And also explaining to the public that the carbon dioxide produced as a result of burning gasoline and diesel in automobile engines plays no role at all in the formation of smog and does not in any way cause health problems in human beings; and that characterizing this inert gas as a “pollutant” is scientifically illiterate and deliberately dishonest.

What’s not vague or speculative is the fact that the only way to reduce the C02 produced by an internal combustion engine is by doing less internal combusting. Ideally – from the Public Citizen point-of-view – none at all.
To continue reading: “Public Citizens” Attempting to Shame Ford and VW

Dr. Patrick Moore is an international economist, co-founder of Greenpeace, co-founder, chair, and chief scientist of Greenspirit Strategies, a Vancouver-based consulting firm that provides paid public relations efforts, lectures, lobbying, opinions, and committee participation to government and industry on a wide range of environmental and sustainability issues. He is a frequent public speaker at meetings of industry associations, universities, and policy groups. From an article entitled “Why I am a Climate Change Skeptic,” at news.heartland.org:

I am skeptical humans are the main cause of climate change and that it will be catastrophic in the near future. There is no scientific proof of this hypothesis, yet we are told “the debate is over” and “the science is settled.”

My skepticism begins with the believers’ certainty they can predict the global climate with a computer model. The entire basis for the doomsday climate change scenario is the hypothesis increased atmospheric carbon dioxide due to fossil fuel emissions will heat the Earth to unlivable temperatures.

In fact, the Earth has been warming very gradually for 300 years, since the Little Ice Age ended, long before heavy use of fossil fuels. Prior to the Little Ice Age, during the Medieval Warm Period, Vikings colonized Greenland and Newfoundland, when it was warmer there than today. And during Roman times, it was warmer, long before fossil fuels revolutionized civilization.

The idea it would be catastrophic if carbon dioxide were to increase and average global temperature were to rise a few degrees is preposterous.

Recently, the Intergovernmental Panel on Climate Change (IPCC) announced for the umpteenth time we are doomed unless we reduce carbon-dioxide emissions to zero. Effectively this means either reducing the population to zero, or going back 10,000 years before humans began clearing forests for agriculture. This proposed cure is far worse than adapting to a warmer world, if it actually comes about.

By its constitution, the IPCC has a hopeless conflict of interest. Its mandate is to consider only the human causes of global warming, not the many natural causes changing the climate for billions of years. We don’t understand the natural causes of climate change any more than we know if humans are part of the cause at present. If the IPCC did not find humans were the cause of warming, or if it found warming would be more positive than negative, there would be no need for the IPCC under its present mandate. To survive, it must find on the side of the apocalypse.

The IPCC should either have its mandate expanded to include all causes of climate change, or it should be dismantled.

Climate change has become a powerful political force for many reasons. First, it is universal; we are told everything on Earth is threatened. Second, it invokes the two most powerful human motivators: fear and guilt. We fear driving our car will kill our grandchildren, and we feel guilty for doing it.

Third, there is a powerful convergence of interests among key elites that support the climate “narrative.” Environmentalists spread fear and raise donations; politicians appear to be saving the Earth from doom; the media has a field day with sensation and conflict; science institutions raise billions in grants, create whole new departments, and stoke a feeding frenzy of scary scenarios; business wants to look green, and get huge public subsidies for projects that would otherwise be economic losers, such as wind farms and solar arrays. Fourth, the Left sees climate change as a perfect means to redistribute wealth from industrial countries to the developing world and the UN bureaucracy.

So we are told carbon dioxide is a “toxic” “pollutant” that must be curtailed, when in fact it is a colorless, odorless, tasteless, gas and the most important food for life on earth. Without carbon dioxide above 150 parts per million, all plants would die.

At 400 parts per million, all our food crops, forests, and natural ecosystems are still on a starvation diet for carbon dioxide. The optimum level of carbon dioxide for plant growth, given enough water and nutrients, is about 1,500 parts per million, nearly four times higher than today. Greenhouse growers inject carbon-dioxide to increase yields. Farms and forests will produce more if carbon-dioxide keeps rising.

We have no proof increased carbon dioxide is responsible for the earth’s slight warming over the past 300 years. There has been no significant warming for 18 years while we have emitted 25 per cent of all the carbon dioxide ever emitted. Carbon dioxide is vital for life on Earth and plants would like more of it. Which should we emphasize to our children?

The IPCC’s followers have given us a vision of a world dying because of carbon-dioxide emissions. I say the Earth would be a lot deader with no carbon dioxide, and more of it will be a very positive factor in feeding the world. Let’s celebrate carbon dioxide.