You probably will not like what I have to say about Kenosha Kyle so maybe we should start with some common ground.

Do you love your nation?  Do you hate tyranny and big government shuttering your business and church  to perpetuate a lie?  I do.

Do you think police should be held accountable when they act dishonorably?  Do you think that black life matters but realize that BLM is a billion-dollar front of a Marxist revolution?  We agree.

Do you think some kid who has either trained extensively with his rifle or got extremely lucky should be heralded as a national hero because he wasted two commie pawns?  Do you think his character and intentions that night are irrelevant compared to his ability to clear a jam while being assaulted by a skateboard?   Let’s talk.

To start with, I need to tell you about a few completely different self-defense shootings from the past year.  Read that last line twice because I’m not going to bother correcting you if you get the two mixed up and embarrass yourself in the comments.

One happened a little over a month ago in Austin TX.  Protestors were marching down the street to demand accountability for the murder of an EMS/first responder in Kentucky.  In the middle of the night, several heavily armed men broke into her home and shot her while she slept.  They shot her boyfriend who, woken up in the middle of the night as his door burst in, leveled a gun at them in self-defense.  He lived but was charged briefly with attempted murder.  His charges were dropped, but those directly responsible for Breonna Taylors death, although known by all, have yet to be arrested, charged, fired or probably even scolded movie-style by a clichéd angry police chief.

Optics Matter, by the Zman

It certainly helps Kyle Rittenhouse’s case specifically, and the case of all those resisting recent looting, rioting, and violence in general, that Rittenhouse, the first widely publicized person to shoot back, is a squeaky clean 17-year-old. From the Zman at theburningplatform.com:

One of the timeless lessons of this year has been that the future is always going to be full of surprises. To start the year, no one could have predicted the Covid panic and the rise of local tyrants using the panic to push people around. A month ago, no one would have predicted the recent events in Kenosha. It just seemed like these ruling class riots would continue in the same manner until the election. Then suddenly we have video of a young white kid fighting for his life in the streets.

It is way too soon to know how the story of Kyle Rittenhouse ends, but there is no doubt that this event stands out from all others this year. It does not fit the standard narrative the Left likes to jam all events. Public reaction to it has thus far been much different than we have seen with recent events. There is a good chance that this event may be the inflection point in the coming election. Even though we are still early in the story, there are several good lessons to be drawn from this event.

The obvious lesson right away is that appearances matter. Kyle Rittenhouse is a sweet looking kid who looks like a typical white teenager. Even without the closeups, just looking at the video, it is clear he is not a villain on the prowl. If he was an inked-up gym rat, he would not have gained instant sympathy. People would have assumed he was looking for trouble and found it. If he had Nazi neck art, then the initial response would have been entirely negative.

Kyle Rittenhouse Was Working as a Lifeguard in Kenosha the Day of the Shooting, Went to Clean Vandalism at School After Work, by Cassandra Fairbanks

The Kenosha District Attorney is going to have a hard time making Kyle Rittenhouse look like a bad guy. From Cassandra Fairbanks at thegatewaypundit.com:

Kyle Rittenhouse is a community lifeguard who was working in Kenosha the day of the shooting.

This simple fact destroys the narrative being peddled by the mainstream media that he had “crossed state lines” to harm the rioters.

In a statement by Rittenhouse’s legal team at Pierce Bainbridge, provided to the Gateway Pundit, they explained that “after Kyle finished his work that day as a community lifeguard in Kenosha, he wanted to help clean up some of the damage, so he and a friend went to the local public high school to remove graffiti by rioters.”

Additionally, the weapon Rittenhouse was using to protect himself and others never crossed state lines.

“Later in the day, they received information about a call for help from a local business owner, whose downtown Kenosha auto dealership was largely destroyed by mob violence,” the statement continues. “Business owner needed help to protect what he had left of his life’s work, including two nearby mechanic’s shops. Kyle and a friend armed themselves with rifles due to the deadly violence gripping Kenosha and many other American cities, and headed to the business premises. The weapons were in Wisconsin and never crossed state lines.”

When Rittenhouse arrived at the mechanics shop, he and others stood guard to prevent further destruction. Later that night, long after the 8 p.m. curfew had passed, the police began to disperse a group of rioters. His lawyer, John M. Pierce, explains that while dispersing the mob, they maneuvered a mass of individuals down the street towards the auto shops. Rittenhouse and the others were threatened and taunted, but he did not react. “His intent was not to incite violence, but simply to deter property damage and use his training to provide first aid to injured community members,” Pierce says.

After the situation seemed to be diffused, Rittenhouse became increasingly concerned about people who were injured at the gas station, so he went in that direction with his first aid kit. He helped those he could find who were injured, either by administering aid or directing them which way to go for help beyond what he could offer.

Have The Kenosha Riots Given The Right Our Rosa Parks? by John Wilder

Kyle Rittenhouse defended himself and will serve as an inspiration for a lot of people to defend themselves against random and rampant violence. From John Wilder at wilderwealthywise.com:

What was it that Jefferson said about the Tree of Liberty?

Friday posts originally were about health related topics.  I’ve deviated away from “health” as a topic to focus on what might be more important now – mental health, specifically attitude.  There’s a reason for this.

That’s smart.  But a 17 year old in Kenosha proved it was a lie, and may very well be the Rosa Parks of the Right.

If you haven’t already seen the Kyle Rittenhouse videos, watch them here and ask yourself if there’s any conceivable way the 17-year-old is guilty of anything but self-defense. Fortunately, his legal defense will be handled by the same attorney who represented Nick Sandmann. From Tyler Durden at zerohedge.com:

Now that 17-year-old Kyle Rittenhouse has been taken into custody in Illinois after he “fled across state lines” (drove 20 minutes back to his house in Antioch, Illinois), local prosecutors have unveiled the full boat of charges that the 17-year-old is facing, including first degree reckless homicide. 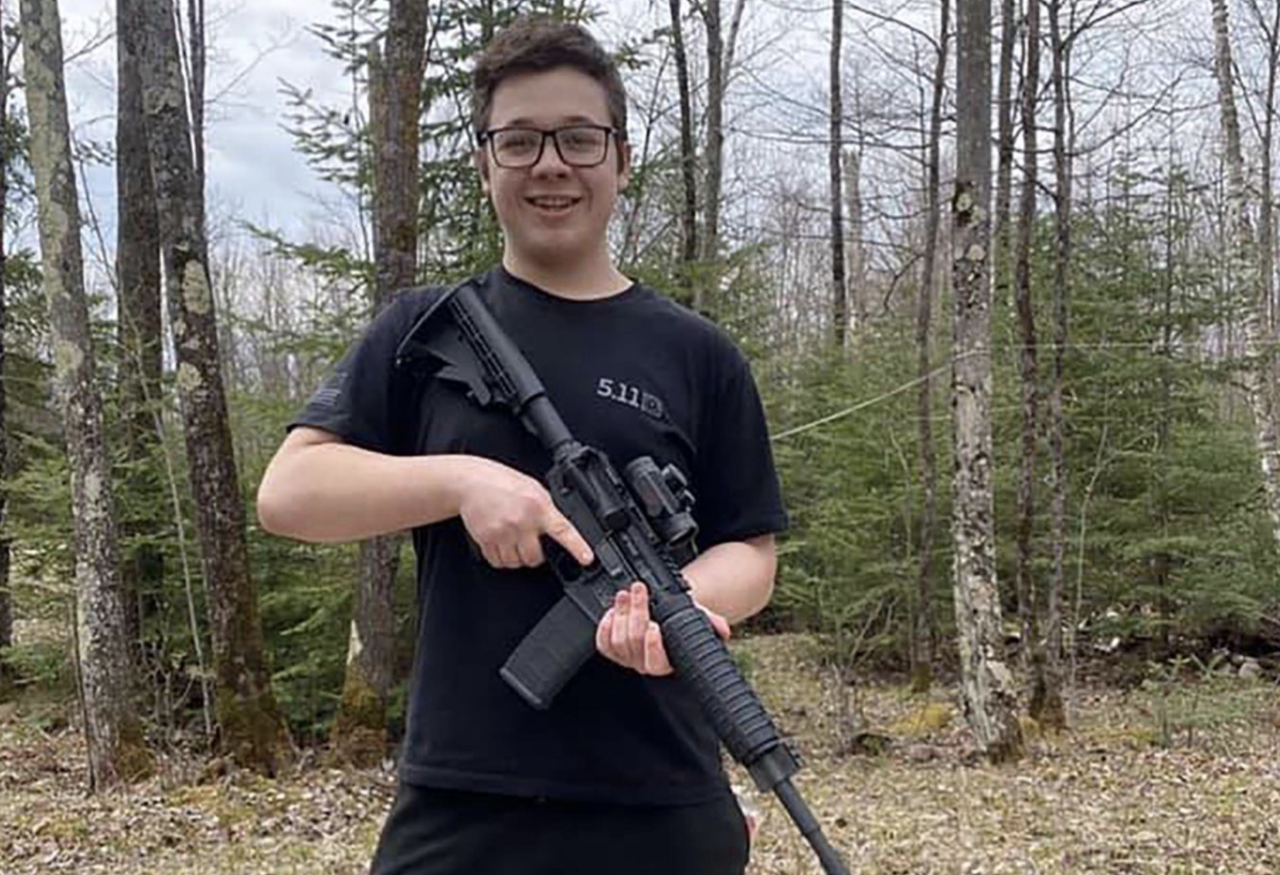 Earlier, the names of Rittenhouse’s victims have been released to the media. They are: Joseph Rosenbaum and Anthony Huber. 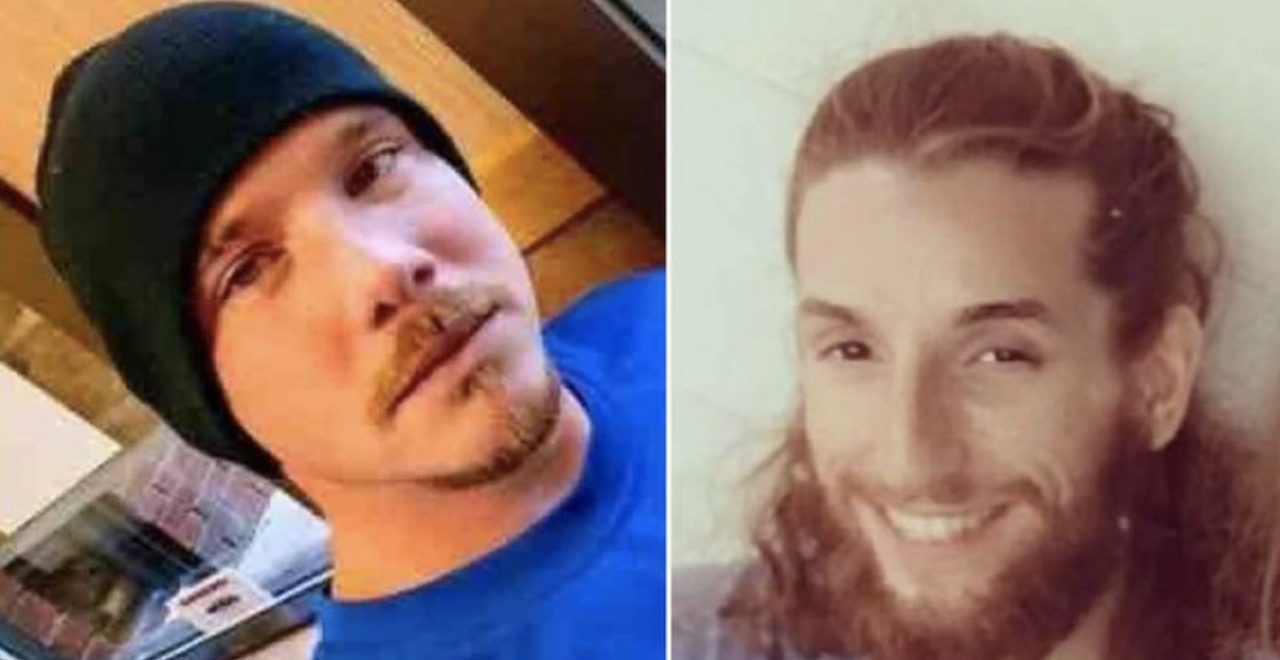 The Daily News and other MSM outlets are already trying to portray them as “sweet, loving” innocent victims who were “peaceful protesters” not “rioters”.

Here’s more on the charges from Reuters:

Kyle Rittenhouse, the 17-year-old who was arrested in connection with shootings in Wisconsin that led to the death of two people and injury of another, has been charged with six criminal counts, according to the criminal complaint disclosed on Thursday.

Fortunately for Rittenhouse and his family, powerhouse Attorney Lin Wood, who also represented Covington Catholic high schools student Nick Sandmann in his battle against the MSM media outlets that slandered him, has agreed to take on his case.

As some may know, Wood shot to fame after the 1996 Atlanta Olympics bombing when he represented Richard Jewel, who was falsely accused, and then slandered, by the mainstream press.