From American Dream to American Nightmare, by Jim Quinn

How did America go from the land of opportunity to the land of crybabies, grifters, rampant corruption, fake money, and UBI? From Jim Quinn at theburningplatform.com:

For most of the ninety years since James Truslow Adams coined the term American Dream, most Americans still believed the fairy tale of the American Dream, that no matter how humble your beginnings, everyone had a fair chance to become a success in America, based upon your individual talent, intelligence, work ethic and a society that rewarded those who exceled. Sadly, that dream is no longer achievable for most Americans. Our society has devolved into an oligarchy since The Epic of America was published in 1931, where a powerful few rule over a willfully ignorant many through propaganda, mistruth, fear, and an iron fist. 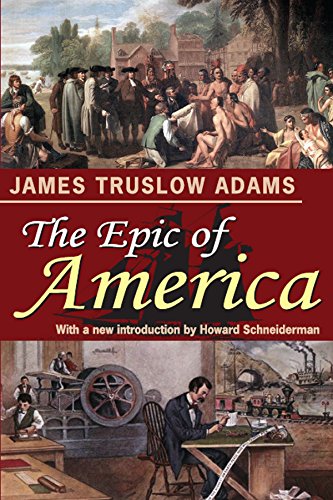 “But there has been also the American dream, that dream of a land in which life should be better and richer and fuller for every man, with opportunity for each according to his ability or achievement. It is a difficult dream for the European upper classes to interpret adequately, and too many of us ourselves have grown weary and mistrustful of it. It is not a dream of motor cars and high wages merely, but a dream of social order in which each man and each woman shall be able to attain to the fullest stature of which they are innately capable, and be recognized by others for what they are, regardless of the fortuitous circumstances of birth or position…

The American dream, that has lured tens of millions of all nations to our shores in the past century has not been a dream of merely material plenty, though that has doubtlessly counted heavily. It has been much more than that. It has been a dream of being able to grow to fullest development as man and woman, unhampered by the barriers which had slowly been erected in the older civilizations, unrepressed by social orders which had developed for the benefit of classes rather than for the simple human being of any and every class.” – James Truslow Adams – Epic of America – 1931