The advances in facial recognition technology get creepier and creepier. From Kashmir Hill at nytimes.com:

A little-known start-up helps law enforcement match photos of unknown people to their online images — and “might lead to a dystopian future or something,” a backer says.

Then Mr. Ton-That — an Australian techie and onetime model — did something momentous: He invented a tool that could end your ability to walk down the street anonymously, and provided it to hundreds of law enforcement agencies, ranging from local cops in Florida to the F.B.I. and the Department of Homeland Security.

His tiny company, Clearview AI, devised a groundbreaking facial recognition app. You take a picture of a person, upload it and get to see public photos of that person, along with links to where those photos appeared. The system — whose backbone is a database of more than three billion images that Clearview claims to have scraped from Facebook, YouTube, Venmo and millions of other websites — goes far beyond anything ever constructed by the United States government or Silicon Valley giants.

END_OF_DOCUMENT_TOKEN_TO_BE_REPLACED

“This Is A Major Risk”: France Rolls Out New Facial Recognition Technology, by Tyler Durden

France announces its latest abridgment of its citizens’ civil liberties and right to privacy. From Tyler Durden at zerohedge.com:

Is this how French President Emmanuel Macron is choosing to celebrate 70 years of Communist rule?

In a plan that sounds eerily similar to China’s ‘social credit score’ system, Macron and the French Interior Ministry are pushing ahead plans to launch a national facial-recognition program, arguing that it “will make the state more efficient.”

According to Bloomberg, the ID program, known as “Alicem”, is set to be rolled out in November, after the launch was moved forward from an end-of-year timeline. 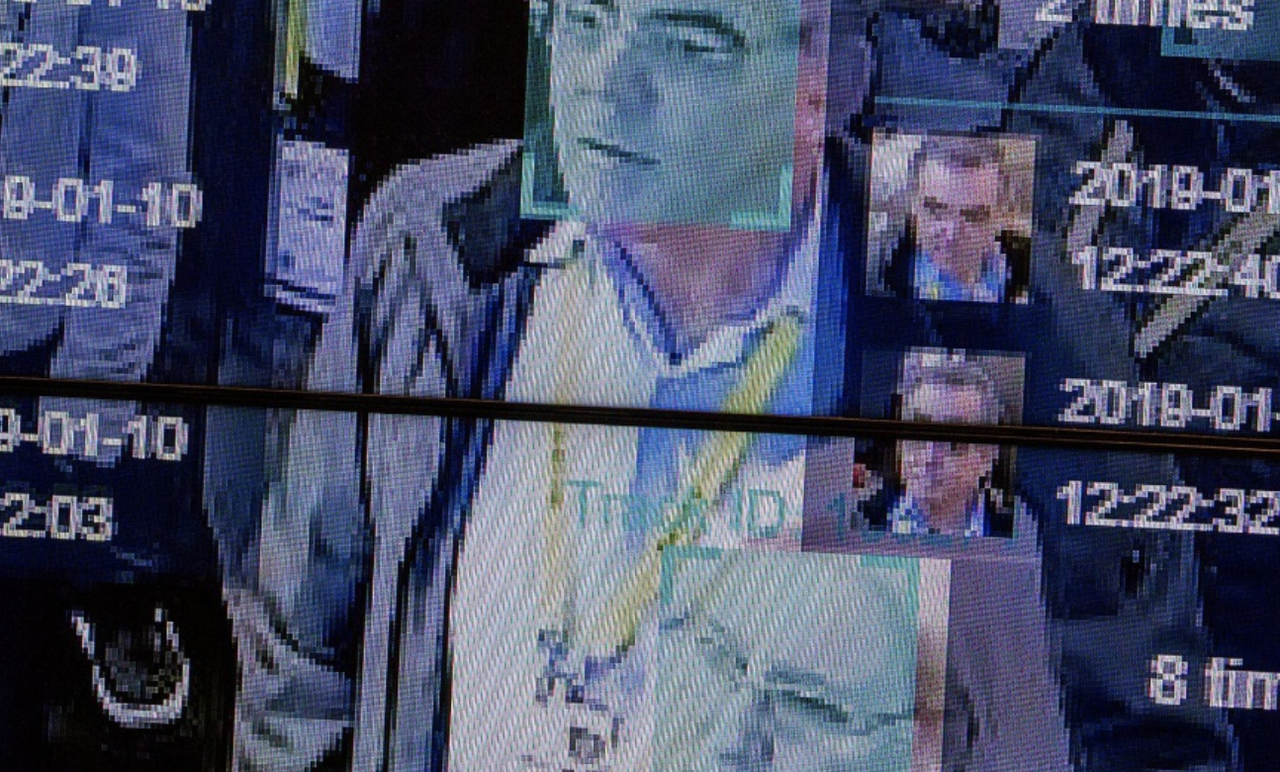 Despite objections from the rest of the European community, Macron appears dead-set on adopting the new system, ensuring that all French citizens will be incorporated into the project, whether they support it or not.

Even within the French government, there’s opposition to the new plan. France’s data regulator argued that the program breaches the European rule of consent, and a French privacy group is challenging the plan in France’s highest administrative court.

The American Gulag: Brick by Brick, Our Prison Walls Get More Oppressive by the Days, by John W. Whitehead

None dare call it a police state, but that’s where we’re heading, if we’re not already there. From John W. Whitehead at rutherford.org:

“The exile of prisoners to a distant place, where they can ‘pay their debt to society,’ make themselves useful, and not contaminate others with their ideas or their criminal acts, is a practice as old as civilization itself. The rulers of ancient Rome and Greece sent their dissidents off to distant colonies. Socrates chose death over the torment of exile from Athens. The poet Ovid was exiled to a fetid port on the Black Sea.”— Anne Applebaum, Gulag: A History

This is how freedom dies.

This is how you condition a populace to life as prisoners in a police state: by brainwashing them into believing they are free so that they will march in lockstep with the state and be incapable of recognizing the prison walls that surround them.

Face the facts: we are no longer free.

We in the American Police State may enjoy the illusion of freedom, but that is all it is: an elaborate deception, rooted in denial and delusion, that hides the grasping, greedy, power-hungry, megalomaniacal force that lurks beneath the surface.

Brick by brick, the prison walls being erected around us by the government and its corporate partners-in-crime grow more oppressive and more pervasive by the day.

Brick by brick, we are finding there is nowhere to run and nowhere to hide.

Brick by brick, we are being walled in, locked down and locked up.

Consider, if you will, some of the “bricks” in the police state’s wall that serve to imprison the citizenry: Red flag gun laws that strip citizens of their rights based on the flimsiest of pretexts concocted by self-serving politicians. Overcriminalization resulting in jail time for nonviolent offenses such as feeding stray cats and buying foreign honey. Military training drills—showy exercises in armed intimidation—and live action “role playing” between soldiers and “freedom fighters” staged in small rural communities throughout the country. Profit-driven speed and red light cameras that do little for safety while padding the pockets of government agencies. Overt surveillance that turns citizens into suspects.

END_OF_DOCUMENT_TOKEN_TO_BE_REPLACED

The Rise of Facial Recognition Should Scare Us All, by Derrick Brose

Soon they’ll outlaw masks, so that nothing hinders their facial recognition technology. From Derrick Brose at themindunleashed.com:

It seems the sleeping masses are finally waking to the privacy dangers posed by the rise of facial recognition technology.

(TMU) — In the last ten years, our world has been completely transformed thanks to the exponential growth of digital technology. Technological advances with computer processors and the internet have quickly advanced our world into one that resembles some of the most well known sci-fi films and novels. Not a single day passes without a report on an emerging technology or new feature in an already existing product. The last ten years alone have seen rapid growth in information technology, encryption, the medical industry and 3D printing technology, just to name a few.

Unfortunately, as technology is a tool, there are equally frightening developments taking place in the first two decades of the 21st century. Specifically, the ability for governments and private actors to monitor and spy on the activity of the average person has nearly become accepted as the norm. In fact, it has become commonplace to hear Americans respond to warnings of Orwellian futures with the timeless trope, “If you’re not doing anything wrong, there’s nothing to hide!” This is what makes it all the more surprising to see a surplus of recent reports examining the dangers and implications of a world where facial recognition technology is commonplace.

Here’s a small sample of the current headlines related to facial recognition:

Even the Washington Post published a warning titled “Don’t smile for surveillance: Why airport face scans are a privacy trap.”

END_OF_DOCUMENT_TOKEN_TO_BE_REPLACED

How the government uses its giant facial recognition database, by Simon Black

Another step closer to Orwell. From Simon Black at sovereignman.com: 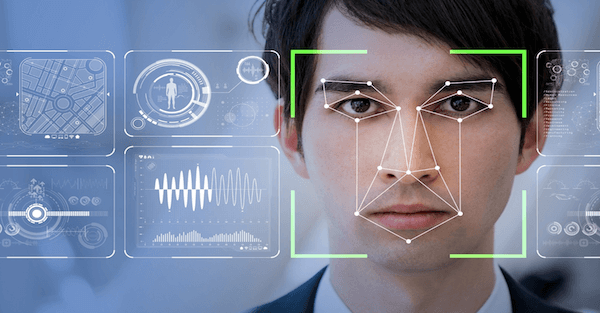 In July 1996, flight TWA 800 exploded in mid-air, 12 minutes after taking off from JFK International Airport in New York. All 230 passengers on board were killed.

It would be four years before an investigation concluded the likely cause of the explosion was a short circuit in the plane’s fuel tank.

But at the time, President Clinton felt the overwhelming need to do something.

From then on, identification was required to board an airplane.

Before that, you just needed a ticket.

After the attacks of September 11, 2001, airport security escalated.

END_OF_DOCUMENT_TOKEN_TO_BE_REPLACED

Big Brother is watching you, and he’s got facial recognition technology. From theburningplatform.com:

New York Governor Andrew Cuomo revealed on Friday that facial recognition cameras installed at bridge and tunnel toll plazas across New York City are scanning every driver’s face and feeding them into a massive database designed to catch suspected criminals.

“When it reads that license plate, it reads it for scofflaws . . . [but] the toll is almost the least significant contribution that this electronic equipment can actually perform,” Cuomo said at a press conference outside the Queens Midtown Tunnel.

“We are now moving to facial-recognition technology, which takes it to a whole new level, where it can see the face of the person in the car and run that technology against databases… Because many times a person will turn their head when they see a security camera, so they are now experimenting with technology that just identifies a person by their ear, believe it or not,” he continued.

The technology is currently in use at the RFK/Triborough Bridge, and was switched on at the Queens Midtown and Brooklyn-Battery tunnels on Friday, according to the Governor’s office.

It will also eventually come to at least two of the Metropolitan Transportation Authority’s six other spans — the Throgs Neck and Whitestone bridges — and down the road will be added at all area airports, Cuomo’s office confirmed.

A request for proposals from contractors previously published by the online news outlet Vocativ says the tech is slated for all seven of the city’s toll bridges in addition to the two tunnels. –NY Post

The Governor’s office wouldn’t say when forthcoming cameras will be activated, which databases will be used to compare photos, or who will have access to the data, however Cuomo said that license plates which are already scanned at the plazas are currently checked “for warrants, suspected felons, parole violators, terrorist suspects.”

The data is then fed to NYPD cars stationed at crossings within five seconds.

If you’re thinking of doing anything at all that might piss off the government, you might want to get yourself a good mask. From Eric Peters at theburningplatform.com:

A creepy footnote to the shooting in Maryland yesterday. Apparently, the identity of the shooter – who had no ID on him, refused to give his name and had “obscured” his fingerprints – was determined via the use of facial recognition software.

An NBC news story about the incident mentions this fairly casually and without comment:

“Senior law enforcement sources briefed on the investigation told NBC News that Ramos had been identified through the use of facial recognition software. The sources said earlier that he had somehow obscured his fingerprints, making identification difficult. (Anne Arundel County Deputy Police Chief Bill) Krampf would not confirm those details, and said Thursday evening that he had no knowledge of any facial recognition or anything about fingerprints.” 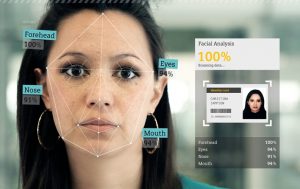 If, in fact, the shooter was identified via his “faceprint” – so to speak – it shows just how powerful this “tool” is.

It is also implies pretty strongly that our faceprints are also in the system and the implication of that is troubling. We are probably not only being watched but individually recorded – our comings and goings – whenever we’re out and about. The cameras which are ubiquitous in most areas probably work like those Automated License Plate Readers (ALPRs) which can scan and “process” the license plates of every vehicle that passes within range of the reader.

In which case, why object to random spot checks of our homes by government goons? If you’ve got nothing to hide . . .  .

Is it exaggerating things to suggest that all of this keeping track of us is like being made to wear an ankle bracelet which we can’t see or feel but which serves the same purpose? And without the conviction? 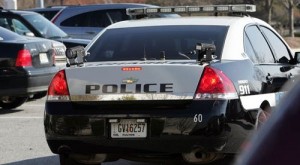 You don’t have to wear an ankle bracelet unless you’ve been found guilty of some criminal act first. Then – as an alternative to being placed in a government cage, they let you go home and use your home as the cage, with some limited free roaming occasionally permitted.