The second part of Jim Quinn’s examination and analysis of America’s perilous economic and political situation. From Quinn at theburningplatform.com:

In Part 1 of this article I documented the never ending false narratives used by those shaking the jar to keep us at each other’s throats. I will now show how 2020 was a turning point in history, with an accelerating decline of our empire in progress.

The numerous examples of how those holding the jar shake it to generate conflict and chaos to achieve their Machiavellian ambitions pales in comparison with what they accomplished during the fateful year of 2020. They began shaking the jar at hypersonic speed by weaponizing the annual flu, giving it a scary name and then faking data to scare the entire world into lockdowns and mandatory masking, even though “science” said neither of those “solutions” worked against viruses. And the science was right.

But that was not enough. They needed to reignite race wars by declaring the country is infected with systematic racism, even though we have spent $25 trillion on welfare programs since the War on Poverty began in 1965. The level of shaking in 2020 should make any critical thinking person pause and ask why. They really needed a huge distraction as cover for their real purpose. As usual, just follow the money. The global financial system was on life support and was in danger of flat lining, destroying the wealth of billionaire oligarchs, corporate titans, and the Wall Street cabal.

A contagion of hatred and hysteria: Oxford epidemiologist PROFESSOR SUNETRA GUPTA tells how she has been intimidated and shamed for backing shielding instead of lockdown, by Sunetra Gupta

Deviating at all from the accepted Covid-19 narrative earns even a respected epidemiologist an endless stream of vitriol. From Sunetra Gupta at dailymall.co.uk:

Lockdown is a blunt, indiscriminate policy that forces the poorest and most vulnerable people to bear the brunt of the fight against coronavirus. As an infectious diseases epidemiologist, I believe there has to be a better way.

That is why, earlier this month, with two other international scientists, I co-authored a proposal for an alternative approach — one that shields those most at risk while enabling the rest of the population to resume their ordinary lives to some extent.

I expected debate and disagreement about our ideas, published as the Great Barrington Declaration. 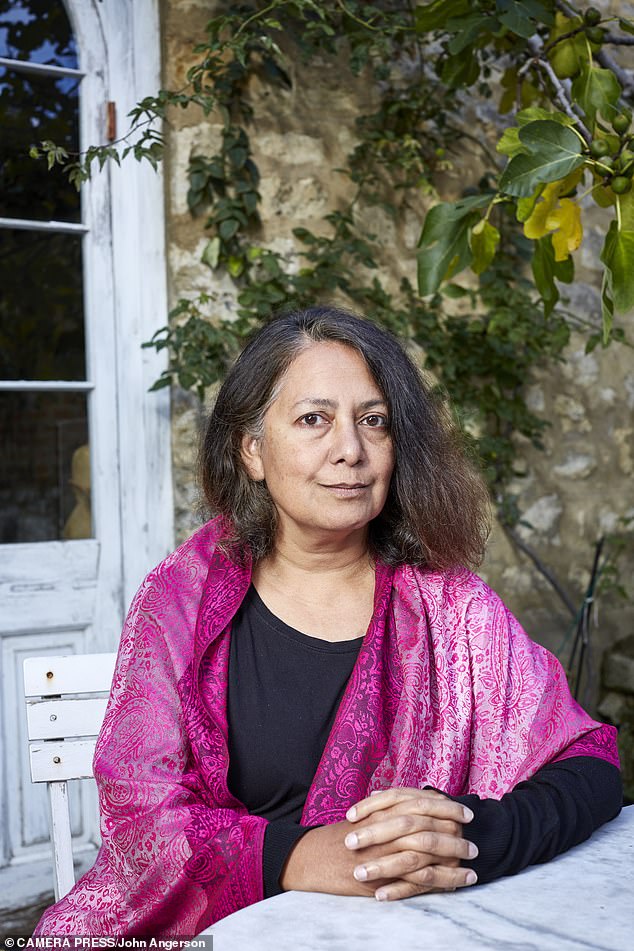 As a scientist, I would welcome that. After all, science progresses through its ideas and counter-ideas.

But I was utterly unprepared for the onslaught of insults, personal criticism, intimidation and threats that met our proposal. The level of vitriol and hostility, not just from members of the public online but from journalists and academics, has horrified me.

For many years I have observed and commented from time to time on the rise in American narcissism and decline in cognitive ability. American narcissism has an emotional coloration. Utterly ignorant Americans have no problem believing that they know more than experts they belittle, demonstrating all the while that they have no understanding of what the expert has written.

Emotional responses are gradually crowding out fact and evidence based reason. Truth is losing its connection to objectivity and is becoming agenda based. If it serves the agenda, and agendas are increasingly emotion based, it is truth. Many can no longer comprehend the content of what they read. Words become like a bullfighter’s red cape. They set off emotions, not thought. Depending on how people have been programmed by their education, indoctrination, and value inculcation, they have emotive responses. One consequence is that discussion is replaced by denunciation.

Yet even I was stunned by the instantaneous universal demonization of Trump and the American people who elected him as “racist white supremacists” by the entirety of the US media, Democratic Party, and American liberal/progressive left. The catalyst for this launching of hate speech against the American white population was a mass shooting in El Paso. As the shooter had shot immigrants, Trump and those who elected him, were blamed because Trump’s attempt to control US borders in accordance with US law, which is his duty, alledgely inspired the shooter even though the shooter stated in his explanation that Trump had nothing to do with it.

I was struck by how primed were those who control explanations to lay the blame on Trump and the American electorate for a shooting incident. It reminded me of how primed Germans were in the 1930s by Jewish financial and economic control, real or alleged, to Nationalist Socialists’ attacks on Jews. A long period of demonization of Jews ended in massacres.

END_OF_DOCUMENT_TOKEN_TO_BE_REPLACED

Why They Hate Us, by Fred Reed

Because we’re assholes. From Fred Reed, on a guest post at theburningplatform.com:

A frequent theme nowadays is “Why do they hate us?” meaning why does so much of the world detest the United States. The reasons given are usually absurd: They hate our freedom or democracy. They hate us for our cultural superiority. They hate us because we are wonderful.

People remember slights. They may not remember them as they actually happened, but they remember them. The Civil War ended in 1865, the Federal occupation in 1877. Yet today many Southerners are still bitter, to the point that their emotional loyalty is to the South, not to Washington.

Silly? Yes, if you are from the North. Grievances matter more to those aggrieved than to the aggrievers.

In Guadalajara, near my home in Mexico, a towering monument in a traffic circle honors Los Niños Héroes, the Heroic Children. These are the little boys who, when the invading American armies attacked Chapultepec in 1847, went out to fight for their country. Avenues are named Niños Héroes all over Mexico. Few Americans even know that there was a war.

Wounds to national pride gall people, and endure. Exactly why, I don’t know, but it happens. Consider China. How many have heard of the Opium Wars of 1839 and 1856? Or understand that the United States and the European powers simply occupied such parts of China as they chose, forced opium sales on China, imposed extraterritoriality, and bloodily suppressed the Boxers? How many people have even heard of the Boxers?

Over a billion Chinese.

My point is not that China is morally superior to the United States. It isn’t. However, if you want to understand why so many countries loathe us, you have to understand how they see us. Whether you agree is irrelevant. Nor does it matter whether their grievances are factual. For example, many South Americans believe their countries to be poor because of exploitation by America. This isn’t true, which doesn’t matter at all.

A few years back I was in Laos and chatted with a young Lao woman. She mentioned in passing the death of her father. What happened to him, I asked? Oh, she said, he died fighting the Americans. A war that many Americans saw as a meritorious crusade against communism was, to the countries involved, an inexplicable attack that killed their fathers and brothers and children. They didn’t see why the internal affairs of their country were America’s business.

To continue reading: Why They Hate Us