The Real Cost of Wind and Solar, by Norman Rogers

Take the numbers in this article with a grain of salt, but there’s no disputing the central argument—wind and solar can’t stand on their own two feet yet economically, they need government subsidies. From Norman Rogers at americanthinker.com:

The main problem with either wind or solar is that they generate electricity erratically, depending on the wind or sunshine. In contrast, a fossil-fuel plant can generate electricity predictably upon request. Blackouts are very expensive for society, so grid operators and designers go to a lot of trouble to make sure that blackouts are rare. The electrical grid should have spare capacity sufficient to meet the largest demand peaks even when some plants are out of commission.  Plants in spinning reserve status stand by ready to take over if a plant trips (breaks down). Injecting erratic electricity into the grid means that other plants have to seesaw output to balance the ups and downs of wind or solar.

Adding wind or solar to a grid does not mean that existing fossil fuel plants can be retired. Often, neither wind nor solar is working and at those times a full complement of fossil fuel plants, or sometimes nuclear or hydro plants, must be available. Both wind and solar have pronounced seasonality. During low output times, as for summer wind, the fossil-fuel plants are carrying more of the load. Of course, solar stops working as the sun sets.

The Unexpected Consequences Of Germany’s Anti-Nuclear Push, by Irina Slav

How about that, there are no free lunches in energy production. From Irina Slav at oilprice.com:

Germany, the poster child for renewable energy, sourcing close to half of its electricity from renewable sources, plans to close all of its nuclear power plants by 2022. Its coal-fired plants, meanwhile, will be operating until 2038. According to a study from the U.S. non-profit National Bureau of Economic Research, Germany is paying dearly for this nuclear phase-out–with human lives.

The study looked at electricity generation data between 2011 and 2017 to assess the costs and benefits of the nuclear phase-out, which was triggered by the Fukushima disaster in 2011 and which to this day enjoys the support of all parliamentary powers in Europe’s largest economy. It just so happens that some costs may be higher than anticipated.

The shutting down of nuclear plants naturally requires the replacement of this capacity with something else. Despite its reputation as a leader in solar and wind, Germany has had to resort to more natural gas-powered generation and, quite importantly, more coal generation. As of mid-2019, coal accounted for almost 30 percent of Germany’s energy mix, with nuclear at 13.1 percent and gas at 9.3 percent.

END_OF_DOCUMENT_TOKEN_TO_BE_REPLACED

Was There Another Reason for Electricity Shutdowns in California? by Richard Trzupek

According to the official, widely reported story, Pacific Gas & Electric (PG&E) shut down substantial portions of its electric transmission system in northern California as a precautionary measure.

Citing high wind speeds they described as “historic,” the utility claims that if they didn’t turn off the grid, wind-caused damage to their infrastructure could start more wildfires in the area.

Perhaps that’s true. Perhaps. This tale presumes that the folks who designed and maintain PG&E’s transmission system are unaware of or ignored the need to design it to withstand severe weather events, and that the Federal Energy Regulatory Commission (FERC) and North American Electric Reliability Corporation (NERC) allowed the utility to do so.

END_OF_DOCUMENT_TOKEN_TO_BE_REPLACED

Renewable energy isn’t all it’s cracked up to be, and it probably never will be. From Gail Tverberg at ourfiniteworld.com:

The energy needs of the world’s economy seem to be easy to model. Energy consumption is measured in a variety of different ways including kilowatt hours, barrels of oil equivalent, British thermal units, kilocalories and joules. Two types of energy are equivalent if they produce the same number of units of energy, right?

If the official definitions of renewable energy were logical, renewable energy would be defined as energy that does not emit CO2 and that is not using a resource in danger of running out anytime soon.  But the definitions written into the laws of many states are not logical.  Hydroelectric energy is mostly banned because the environmental movement hates dams.  Nuclear is banned because a hysterical fear of nuclear energy was created by environmental groups.  Both nuclear and hydro don’t emit CO2.  Hydro doesn’t need fuel.  Nuclear fuel is cheap and plentiful.  A large number of prominent global warming activists, such as James Hansen, Michael Shellenberger, and Stewart Brand have declared that nuclear is the only solution for the crisis that they imagine is approaching.

For those of us who don’t take global warming seriously, there is nothing wrong with using coal and natural gas to generate electricity.  The CO2 emitted helps plants to grow better with less water, a great help to agriculture. 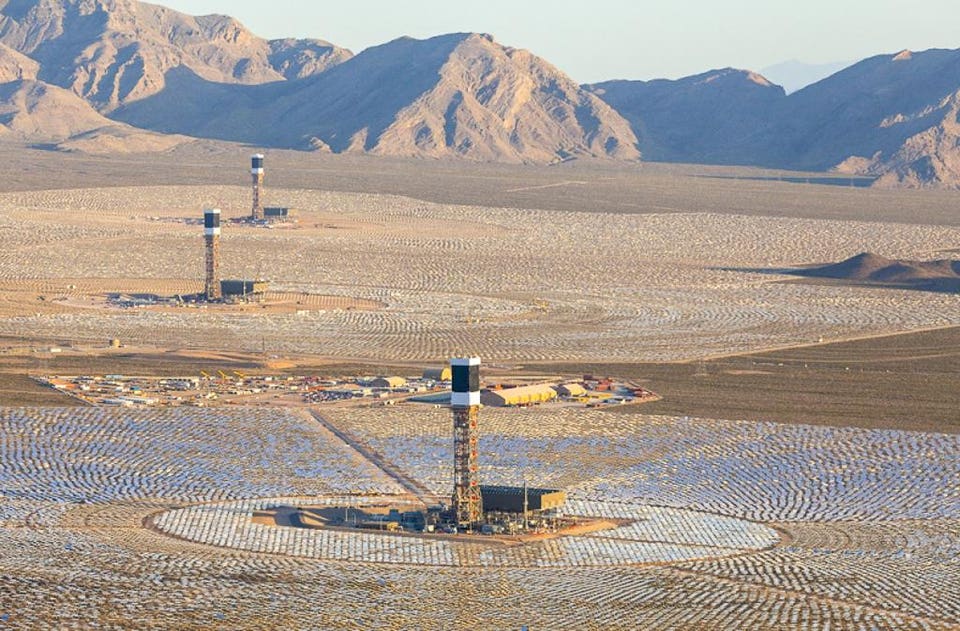 More Solar Jobs Is a Curse, Not a Blessing, by Paul Dreissen

By the logic of cheerleaders for solar jobs, it would be a great thing if 100,000 dug a hole, and a tragedy if 100 engineers design and produce a high-end microchip. When studying jobs, the benchmark is what gets produced by how many people, or productivity, not how many people are employed. From Paul Dreissen at mises.org:

This is supposed to be a good thing, according to the Times. It shows how important solar power has become in taking people out of unemployment lines and giving them productive jobs, the paper suggests.

Indeed, the article notes, California had the highest rate of solar power jobs per capita in 2016, thanks to its “robust renewable energy standards and installation incentives” (ie, mandates and subsidies).

In reality, it’s not a good thing at all, and certainly not a positive trend. In fact, as Climate Depot and the Washington Examiner point out — citing an American Enterprise Institute study — the job numbers actually underscore how wasteful, inefficient and unproductive solar power actually is.

That is glaringly obvious when you look at the amounts of energy produced per sector. (This tally does not include electricity generated by nuclear, hydroelectric and geothermal power plants.)

To continue reading: More Solar Jobs Is a Curse, Not a Blessing

From Sigmund Holmes at davidstockmanscontracorner.com:

Silicon Valley is in the midst of another boom and gullible reporters are buying anything the alleged tech geniuses throw at them. The latest example is this bit of hyperbole from Bloomberg reporters Mark Chediak and Chris Martin on the latest innovation from the valley:

Silicon Valley has something to offer the world in the drive toward a clean energy economy. And it’s not technology.

It’s a financing formula. In a region that spawned tech giants Apple Inc. and Google and is famous for innovators and entrepreneurs like Steve Jobs, a handful of startups began offering to install solar panels on the homes of middle-class families in return for no-money down and monthly payments cheaper than a utility bill. This third-party leasing method — which made expensive clean energy gear affordable — ignited a rooftop solar revolution with annual U.S. home installations increasing 16-fold since 2008, according to the Solar Energy Industries Association and GTM Research.

What makes roof top solar “affordable” is low interest rates and massive government subsidies. And, oh yeah, the other thing that makes it “affordable” is that shareholders don’t seem to care that the companies involved, even with the massive subsidies, can’t seem to figure out how to turn a profit.

From President Obama, from Hill Air Force Base in Utah:

These are good-paying jobs that are helping folks enter the middle-class.

The president was referring to a new program with the goal of training 75,000 people by 2020 for the solar industry. An economically viable industry doesn’t need the government to train its workers.  Obama and other renewable energy advocates insist that they can be competitive—some day—but right now they need subsidies, tax breaks, and other government goodies. If Obama has his way one of those goodies will be training, but those “folks,” including veterans (now a target of Obama solicitude), will probably end up on the same scrap heap as Solyndra. That’s what happens when governments substitute their judgments for the market’s.