ID2020 — Your Digital ID of the Future Has Arrived, by Dr. Joseph Mercola

All the usual suspects are lined up behind the idea of chipping us all at birth. From Dr. Joseph Mercola at theburningplatform.com: 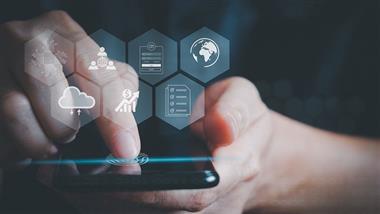 Since the beginning of the pandemic, efforts have been underway to advance digital identification systems, including mobile driver’s licenses and vaccine passports. In 2020, the World Economic Forum (WEF) rolled out plans for its COVIDPass, which required users to have their blood screened at an approved COVIDPass laboratory.1

As Gates Doubles Down on Digital IDs, Critic Warns of ‘Gravest Technological Threat’ to Liberty, by Michael Nevradakis

The Bill & Melinda Gates Foundation this month announced $200 million in new funding — part of an overall $1.27 billion commitment in support of “global health and development projects” that include creating a global digital ID system.

The $200 million in new funding — part of an overall $1.27 billion commitment by the BMGF in support of “global health and development projects,” is closely tied to Goal 16.9 of the SDGs, for which “digital identity programs are supposedly needed,” Reclaim the Net reported.

The funding adds to several existing BMFG-supported global digital ID initiatives, even as such initiatives come under fire for violating people’s right to privacy.

Michael Rectenwald, author of “Google Archipelago: The Digital Gulag and the Simulation of Freedom,” said that far from promoting an improved digital infrastructure or “global health and development,” digital identity will have more onerous applications.

“Of all the other means of identifying and tracking subjects, digital identity poses perhaps the gravest technological threat to individual liberty yet conceived.

“It has the potential to trace, track and surveil subjects and to compile a complete record of all activity, from cradle to grave.”

Will the Ukraine-Russia war get the Great Reset over the finish line? From Joseph Mercola at theburningplatform.com:

This year’s sudden war is a distraction from the bigger war they’ve planned, for years, to wage against us all, by Mark Crispin Miller

Don’t take your eye of the Covid totalitarianism ball because of Ukraine. The plan to enslave humanity with universal mandatory vaccinations, digital IDs, and central bank digital currencies is still being put into place. From Mark Crispin Miller at markcrispinmiller.substack.com

Right now, they plan to force their “vaccine” passports on us, not through city, state or national governments, but as a GLOBAL imposition

Was this sudden war in Ukraine planned as a distraction from the larger war waged by the globalists on all the rest of us? Probably. But whether it was planned that way or not, it surely is distracting us—just as the authors of this nightmare are quietly endeavoring to globalize the “vaccine” passports that, we’ve been assured, will not be rolled out by the (merely) national governments that had been threatening to impose them on us.

The article below makes pretty clear that that’s the plan; so let’s not take our eyes completely off the hardball hurtling toward us. The two-year COVID nightmare is not over, despite its sudden absence from the daily media feed, the vanishing of Dr. Fauci, SNL’s disorienting Gee-let’s-all-talk-things-out-the-way-we-used-to comedy, and other changes surely meant to calm us down—rather like O’Brien’s decision to go easier on Winston Smith after his long torture, just to make him think they’re done with him (and then they take him to Room 101).

Yes, this unprecedented war against us all is raging still, notwithstanding the new drama of “Ukraine.” So let’s keep close watch on their doings, as best we can, and spread the word about them, to keep everyone prepared; and let’s also keep our spirits up, with music for this fight. (Scroll down for three great songs.)

The Vaccine is a Dud, by Jeffrey Barrett

As time goes on, we are learning more and more about Covid 19 and the Covid 19 vaccines.  To date, the most important and surprising information about the vaccines is that they do not prevent the vaccinated from contracting or transmitting the virus.  The irony is that the CDC, a government agency, readily admits this[i] but other sectors of the government are carrying on as if this vitally important new information did not exist at all.

Take for example Biden’s OSHA which, before it was temporarily halted by a Circuit Court ruling, ordered the unvaccinated but not the vaccinated employees of private companies to undergo inconvenient weekly Covid tests even though other parts of the government were admitting that the vaccinated transmit the virus as readily as the unvaccinated.  The whole moral justification of forcing people to take the vaccine is to protect others even if the “hesitant” don’t want to risk taking the jab due to the escalating problem of vaccine-related deaths and serious injuries.[ii] But we now know that the vaccine is a dud.  While it can reduce symptoms of Covid, it cannot prevent the vaccinated from catching and transmitting Covid.  And yet the government is acting as if none of these matters and is continuing to push harsh mandates upon those who do not want to play vaccine roulette and take the risk of a vaccine injury.

Again as time goes on, it is becoming increasingly evident that the reason why the  Biden administration is demonstrably not “following the science“[iii] is that the irrational and probably unconstitutional vaccine mandates are not about public health at all but more likely about the implementation of a universal digital identification program that governments are labeling “vaccine passports.”

Here’s the Holy Grail for the globalist totalitarians. From Joseph Mercola at theburningplatform.com:

Vaccine passports have been dangled like the proverbial carrot in front of a weary public longing to get back to a semblance of normalcy after nearly two years of lockdowns, masking and social distancing. A Swedish company released a short video1 demonstrating technology that allows them to implant a computer chip in your hand or arm that can carry your vaccine status.

Say No To Vaccine Passports and Digital IDs

This is Melissa Ciummei and I approve her message 🎯pic.twitter.com/KmiLfxkYrP

Diabolical — How Digital ID Will Control Your Life, by Joseph Mercola

By now the plan is pretty clear. From Joseph Mercola at lewrockwell.com:

While the media continue to scoff at warnings that vaccine passports are part of a surveillance structure that is likely to become a permanent part of our lives if we allow their implementation, there’s nothing to suggest that this won’t be the case.

The article reviews some of the tragic consequences that can be expected if a global rollout of digital vaccine passports were to succeed. Loffredo and Blumenthal point to India, where a digital ID system has already been implemented.

The database, called Aadhaar, contains the digital identifications of more than 1 billion residents, making it the largest biometric digital ID system ever constructed.

While not officially described as such, the system is a “de facto social credit system,” the authors say. It’s sold to the public as the key access point to government services, but it also tracks users’ geolocation, employment and purchasing habits.

We knew from the beginning that the Covid-19 measures had nothing to do with public health. They’ve always been about control and power, Check under the hood and you’ll also see it’s been about a select few augmenting their already massive fortunes. From Jeremy Loffredo and Max Blumenthal at thegrayzone.com:

The titans of global capitalism are exploiting the Covid-19 crisis to institute social credit-style digital ID systems across the West.

The death by starvation of Etwariya Devi, a 67-year-old widow from the rural Indian state of Jharkhand, might have passed without notice had it not been part of a more widespread trend.

Like 1.3 billion of her fellow Indians, Devi had been pushed to enroll in a biometric digital ID system called Aadhaar in order to access public services, including her monthly allotment of 25kg of rice. When her fingerprint failed to register with the shoddy system, Devi was denied her food ration. Throughout the course of the following three months in 2017, she was repeatedly refused food until she succumbed to hunger, alone in her home.

Premani Kumar, a 64-year-old woman also from Jharkhand, met the same demise as Devi, dying of hunger and exhaustion the same year after the Aadhaar system transferred her pension payments to another person without her permission, while cutting off her monthly food rations.

A similarly cruel fate was reserved for Santoshi Kumari, an 11-year-old girl, also from Jharkhand, who reportedly died begging for rice after her family’s ration card was canceled because it had not been linked to their Aadhaar digital ID.

These three heart-rending casualties were among a spate of deaths in rural India in 2017 which came as a direct result of the Aadhaar digital ID system.

With over one billion Indians in its database, Aadhaar is the largest biometric digital ID program ever constructed. Besides serving as a portal to government services, it tracks users’ movements between cities, their employment status, and purchasing records. It is a de facto social credit system that serves as the key entry point for accessing services in India.