How Amazon and Silicon Valley Seduced the Pentagon, by James Bandler, Anjali Tsui and Doris Burke

Big Tech’s relationship with the Pentagon and intelligence agencies is the very definition of crony socialism. From James Bandler, Anjali Tsui and Doris Burke at propublica.org:

Tech moguls like Jeff Bezos and Eric Schmidt have gotten unprecedented access to the Pentagon. And one whistleblower who raised flags has paid the price. 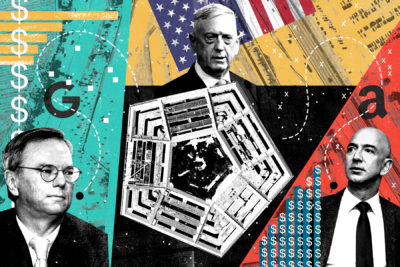 ProPublica is a nonprofit newsroom that investigates abuses of power. Sign up for ProPublica’s Big Story newsletter to receive stories like this one in your inbox as soon as they are published.

This article was co-published with Fortune.

On Aug. 8, 2017, Roma Laster, a Pentagon employee responsible for policing conflicts of interest, emailed an urgent warning to the chief of staff of then-Secretary of Defense James Mattis. Several department employees had arranged for Jeff Bezos, the CEO of Amazon, to be sworn into an influential Pentagon advisory board despite the fact that, in the year since he’d been nominated, Bezos had never completed a required background check to obtain a security clearance.

Mattis was about to fly to the West Coast, where he would personally swear Bezos in at Amazon’s headquarters before moving on to meetings with executives from Google and Apple. Soon phone calls and emails began bouncing around the Pentagon. Security clearances are no trivial matter to defense officials; they exist to ensure that people with access to sensitive information aren’t, say, vulnerable to blackmail and don’t have conflicts of interest. Laster also contended that it was a “noteworthy exception” for Mattis to perform the ceremony. Secretaries of defense, she wrote, don’t hold swearing-in events.

END_OF_DOCUMENT_TOKEN_TO_BE_REPLACED

The tech giants have pretty much thrown any reservations they might have about helping totalitarian China build their surveillance capabilities. From Tyler Durden at zerohedge.com:

Google and IBM are leading an effort via the non-profit “OpenPOWER Foundation” that is supporting China’s authoritarian government in conducting mass surveillance against its citizens, The Intercept has revealed.

IBM under OpenPOWER sparked “innovation” in China’s technology industry, has been leading a collaborative effort with China’s Semptian Big Data Solutions and US semiconductor Xilinx to “advance a breed of microprocessors that enable computers to analyze vast amounts of data more efficiently.” 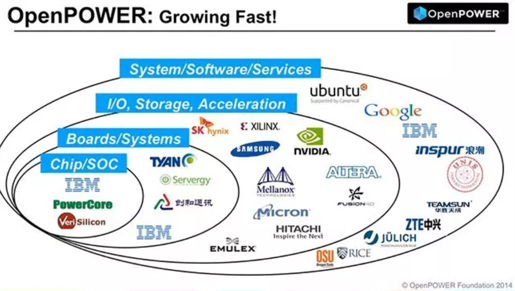 An industry insider emailed documents to The Intercept alleging that Semptian uses American microprocessors to “enhance the capabilities of internet surveillance and censorship technology it provides to human rights-abusing security agencies in China” that monitors more than 200 million Chinese internet users on a daily basis.

END_OF_DOCUMENT_TOKEN_TO_BE_REPLACED

Where the Heck are Share Buybacks in This Rotten Market? by Wolf Richter

The old share-buyback black magic doesn’t appear to be working anymore. From Wolf Richter at wolfstreet.com:

The myth of the “blackout period.” And the price of “unlocking value.”

Share buybacks weren’t happening today. Shares fell, after three days of rallying that followed the worst October since 2008, which had wiped out $4 trillion in overvalued market capitalization in the US, Europe, and Asia.

Shares fell today in part because Apple [AAPL], the giant in the indices, gave iffy guidance for the holidays Thursday evening; and with product sales not going anywhere, and only price increases boosting revenues, it said it would no longer disclose unit sales. This combo worked like a charm, and shares dropped 6.6%.

So where are the corporate share buybacks when you need them? This is when companies buy back their own shares in order to prop up their price and thereby the overall market. Where is this panacea that was considered securities fraud until 1982?

Throughout October, Wall Street gurus promised that shares would rise as soon as companies emerged from their “blackout” period that prevents them from buying back their shares.

END_OF_DOCUMENT_TOKEN_TO_BE_REPLACED

Apple, Cisco and IBM prove that stock buybacks are a sham, by Jeff Reeves

From Jeff Reeves at marketwatch.com:

Another earnings season, another load of massive stock-buyback announcements.

In the past few weeks alone, we saw:

The repurchase amounts are big, and they are only getting bigger.

“Among the 1,900 companies that have repurchased their shares since 2010, buybacks and dividends amounted to 113% of their capital spending, compared with 60% in 2000 and 38% in 1990,” Reuters said in a recent special report on the buyback craze.

You would think that with all that cash being plowed into stock buybacks, investors would be reaping the rewards. But, sadly, more often than not, the buybacks are simply a waste of money as shares are bought at inflated values, diluted by employee stock awards and ultimately come at the cost of growth and innovation.

Here’s why stock repurchases are good for nothing, and why companies like Apple AAPL, -1.04% Cisco CSCO, -1.95% and IBM IBM, +0.16% need to wake up and stop wasting their money on buyback boondoggles.

To continue reading: Apple, Cisco And IBM Prove That Stock Buybacks Are a Sham

This doesn’t pass the smell test: using a corporation’s credit to borrow money buy back the corporation’s shares or pay dividends to support the share price and not coincidentally “enhance” the value of employee stock options. As IBM is proving, such tactics can redound to the corporations long-term detriment. From Wolf Richter at wolfstreet.com:

When IBM announced earnings last week, it talked about all the great things it was accomplishing to compensate for the fact that revenues had plunged 14% from a year ago to $19.28 billion, and that even “revenues from continuing operations,” after accounting for operations it had shed, dropped 1%. It was the 14th quarterly revenue decline in a row. Three-and-a-half years!

It’s not the only American tech company with declining revenues. There are a whole slew of them, mired in the great American revenue recession, including Microsoft, whose revenues plunged 12%. So they – big tech – are in this together.

But turns out, IBM’s revenues, as bad as they have been, might have been subject a little more financial engineering than normally allowed.

Today, IBM disclosed that the Securities and Exchange Commission is investigating how it has accounted for these lousy revenues. The one-sentence disclosure was tucked away in a footnote on page 45 of its SEC Form 10-Q, which it filed today:

In August 2015, IBM learned that the SEC is conducting an investigation relating to revenue recognition with respect to the accounting treatment of certain transactions in the U.S., U.K. and Ireland. The company is cooperating with the SEC in this matter.

“A company spokesperson wasn’t immediately available to elaborate on the probe,” according to the Wall Street Journal.

The Big Blue Canary In Armonk, by David Stockman

From David Stockman at davidstockmanscorner.com:

The IBM unbeat goes on. Its sales plunged again for the 14th straight quarter while its net income was down by 14% from last year. Even management’s dodgy ex-items earnings guidance for 2015 was lowered by 6% with only one quarter to go.

Nor is this a passing swoon. IBM’s Q3 revenues were actually back to 2002 levels. As the Zero Hedge chart demonstrates, it is hard to find a worse trend in revenue since Bethlehem Steel disappeared a few decades ago:

But the ugly sales charts above aren’t the half of it. The real story is that IBM’s relentless decline is proof positive that financial engineering is a destructive toxin that is leeching the lifeblood of the nation’s business enterprises.

Indeed, IBM is a Big Blue Canary. The abysmal facts of its self-destruction over the last decades should be a wake-up call to the bubble-blind Keynesians who run the Fed.

But these academic theoreticians and power-obsessed apparatchiks haven’t noticed—–even as they continue to jabber about the sheer noise emitted by the BLS. When it comes to what is actually important—–like the health and stability of the financial system——they have no clue about the manner in which their so-called “extraordinary” policies of ZIRP and QE have actually booby-trapped the financial system with explosive time-bombs.

Thus, IBM’s share price plunge of 35% since its peak valuation of $215 two years ago is a hint of things to come—-a warning that even the casino gamblers will dump and run when the destructive and unsustainable effects of financial engineering become sufficiently evident.

Stated differently, IBM has lost $100 billion of market cap since its 2013 peak. But that wasn’t due to a fundamental deterioration in its business model or a quantum change in the competitive environment in which it operates.

To continue reading: The Big Blue Canary In Armonk

Posted in Business, Debt, Other Views