This Is Not a Recession, by Hunter Hastings

Using models with little relation to reality, the economic and financial commanders and controllers think they can pull the economy out of the hole they’ve dug for it. From Hunter Hastings at lewrockwell.com:

Economists and Wall Street analysts are using the word recession to describe the looming plunge in output in the US economy. We’ll just make the point early that economists, exhibiting the typical emptiness of their failed science, can’t even agree on the definition of recession.

Undeterred by lacking a definition, the geniuses at Goldman Sachs and elsewhere on Wall Street are unrestrained in predicting the imminent arrival of the condition they can’t describe.

As is always the case, people understand the condition that economists can’t even describe in theory. They understand the lost jobs and wages, the reduction in activity at the businesses where they work, fewer shifts, fewer hours, a smaller paycheck, or layoffs or furloughs, unemployment and the need to ask the government for handouts to get by and to feed their families, when they’d rather be helping themselves. They understand uncertainty and disruption, they feel the fear of not knowing their own economic future. Recessions, like all economics, are subjectively experienced in the human mind, in individuals, in families, in communities.

END_OF_DOCUMENT_TOKEN_TO_BE_REPLACED 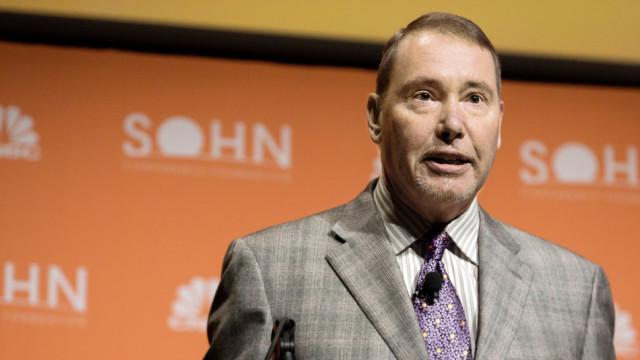 The Boom Turns Into A Bust – Here are 14 Signs That The U.S. Economy Is Steadily Weakening, by Michael Snyder

Michael Snyder is usually pessimistic, but he’s got hard evidence to back up his pessimism. From Snyder at theeconomiccollapseblog.com:

There should no longer be any doubt that the U.S. economy is slowing down, but most Americans still don’t realize what is happening because the major news networks are completely focused on the endless impeachment drama that is currently playing out in Washington.  And without a doubt that is important, because it threatens to literally rip our entire nation in two.  But meanwhile, economic activity has taken a very ominous turn.  Hiring is slowing, consumer confidence is plunging, defaults on auto loans are rapidly escalating, the “transportation recession” continues to get deeper and it appears that the housing bubble is popping.  Everywhere we turn, there are signs of economic trouble, and many are deeply concerned about what this will mean for us as we head into a pivotal election year in 2020.

END_OF_DOCUMENT_TOKEN_TO_BE_REPLACED

The Benefits of a Profoundly Shattering Recession, by Charles Hugh Smith

Sometimes you have to take a system down completely to have any hope of coming up with anything better. From Charles Hugh Smith at oftwominds.com:

Does anyone really think The Everything Bubble can just keep inflating forever?

What do I mean by a profoundly shattering recession? I mean, a systemic, crushing recession that can’t be reversed with central bank magic, a recession that only deepens with time. The last real recession was roughly two generations ago in 1981; younger generations have no experience of a profound recession, and perhaps older folks have forgotten the shock, angst and bitterness.

A profoundly shattering recession leaves tremendous damage and pain in its wake. Millions of people who reckoned their position was secure get laid off, businesses that looked solid melt into air, large corporations flip from hiring thousands to firing thousands, and everyone on the edge of insolvency gets a hard push over the cliff.

Profoundly shattering recessions feed on themselves in a self-reinforcing dynamic: the first domino could be a supply-shock, or a decline in demand due to credit exhaustion. Since businesses have cut everything to the bone in the past decade, there are no buffers left: layoffs begin immediately, and those layoffs further reduce demand as households have to tighten their belts to survive as even those who escape the first round of layoffs find bonuses and overtime have been slashed.

Since the problem isn’t high interest rates, central banks reducing rates or pushing them into negative territory only reveals their impotence. If negative interest rates boosted the real economy, Europe and Japan would be experiencing rapid expansion instead of stagnation.

Layoffs, the failure of central banks and soaring fiscal deficits trigger a drop in consumer and investor sentiment which feeds back into declining sales and profits, which then trigger more layoffs as businesses must cut expenses as revenues crater.

END_OF_DOCUMENT_TOKEN_TO_BE_REPLACED

The Real Reasons Why The Media Is Suddenly Admitting To The Recession Threat, by Brandon Smith

The media is admitting to the recession threat because we’re heading into a recession. From Brandon Smith at alternative-media.com:

One thing that is important to understand about the mainstream media is that they do tell the truth on occasion. However, the truths they admit to are almost always wrapped in lies or told to the public far too late to make the information useful.   Dissecting mainstream media information and sifting out the truth from the propaganda is really the bulk of what the alternative media does (or should be doing).  In the past couple of weeks I have received a rush of emails asking about the sudden flood of recession and economic crash talk in the media.  Does this abrupt 180 degree turn by the MSM (and global banks) on the economy warrant concern?  Yes, it does.

The first inclination of a portion of the liberty movement will be to assume that mainstream reports of imminent economic crisis are merely an attempt to tarnish the image of the Trump Administration, and that the talk of recession is “overblown”.  This is partially true; Trump is meant to act as scapegoat, but this is not the big picture.  The fact is, the pattern the media is following today matches almost exactly with the pattern they followed leading up to the credit crash of 2008.  Make no mistake, a financial crash is indeed happening RIGHT NOW, just as it did after media warnings in 2007/2008, and the reasons why the MSM is admitting to it today are calculated.

Before we get to that, we should examine how the media reacted during the lead up to the crash of 2008.

Multiple mainstream outlets ignored all the crash signals in 2005 and 2006 despite ample warnings from alternative economists. In fact, they mostly laughed at the prospect of the biggest bull market in the history of stocks and housing (at that time) actually collapsing. Then abruptly the media and the globalist institutions that dictate how the news is disseminated shifted position and started talking about “recession” and “crash potential”. From the New York Times to The Telegraph to Reuters and others, as well as the IMF, BIS and Federal Reserve officials – Everyone suddenly started agreeing with alternative economists without actually deferring to them or giving them any credit for making the correct financial calls.

END_OF_DOCUMENT_TOKEN_TO_BE_REPLACED

The Geopolitical Consequences of a Coming Recession, by Antonius Aquinas

A recession in the near future would doom Trump’s reelection chances. From Antonius Aquinas at antoniusaquinas.com:

With the recent ominous inversion of the 2-10 year yield curve and its near infallible predictive recessionary power, the consequences for the economy are plain to see, however, what has not been spoken of by pundits will be the effect of a recession on US foreign policy.  If a recession comes about prior to November 2020, or if economic indicators such as GDP plummet even further, the chances of a Trump re-election is extremely problematic even if the Democrats nominate a socialist nut case such as Bernie Sanders or Pocahontas.

Elizabeth Warren has been the most vocal about coming economic troubles:

Warning lights are flashing.  Whether it is this year or next year, odds of another economic downturn are high – and growing. . . .

When I look at the economy today, I see a lot to worry about again.  I see a manufacturing sector in recession.  I see a precarious economy built on debt – both household debt and corporate debt and that is vulnerable to shocks.  And I see a number of serious shocks on the horizon that could cause our economy’s shaky foundation to crumble.*

END_OF_DOCUMENT_TOKEN_TO_BE_REPLACED

Writing on the Wall, by MN Gordon

There’s a real economy out there that’s a lot different, and worse off, than the one suggested by Washington’s statistics. From MN Gordon at economicprism.com:

One of the more disagreeable discrepancies of American life in the 21st century is the world according to Washington’s economic bureaus and the world as it actually is.  In short, things don’t add up.  What’s more, the propaganda’s so far off the mark it’s downright insulting.

The Bureau of Labor Statistics (BLS) reports an unemployment rate of just 3.7 percent.  The BLS also reports price inflation, as measured by the consumer price index (CPI), of 1.8 percent.  Yet big city streets are lined with tents and panhandlers grumble “that’s all” when you spare them a dollar.

In addition, good people, of sound mind and honest intentions, are racking up debt like never before.  Mortgage debt recently topped $9.4 trillion.  If you didn’t know, this eclipses the 2008 high of $9.3 trillion that was notched at the precise moment the credit market melted down.

Total American household debt, which includes mortgages and student loans, is about $14 trillion – roughly $1 trillion higher than in 2008.  Credit card debt, which is over $1 trillion, is also above the 2008 peak.  To be clear, these debt levels are not signs of economic strength; rather, they’re signs of impending disaster.  Moreover, they’re signs that American workers have been given a raw deal.

How is it that the economy’s been growing for a full decade straight, but the average worker’s seen no meaningful increase in their income?  Have workers really been sprinting in place this entire time?  How did they end up in this ridiculous situation?