In the Democrat fantasy on illegal immigration, if we just ship a lot of money to Latin America the would-be migrants will stay in their home countries. Somehow, telling them to stay where they are until they’ve filed the proper asylum papers or they’ll be shipped back sounds like a more effective policy. A federal judge apparently agrees. From Zachary Steiber at The Epoch Times via zerohedge.com:

The stoppage of the policy has contributed to the border crisis, ruling says… 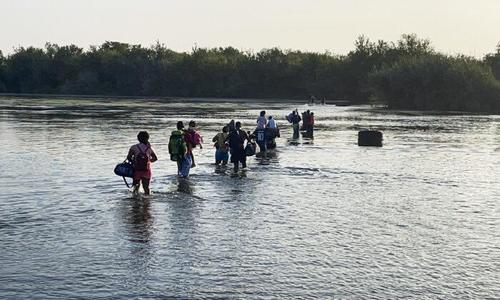 A federal judge on Friday said the Biden administration must resume a policy that sees asylum seekers wait in Mexico for their claims to be heard.

That included ignoring how the program was beginning to lead to some immigrants with asylum claims that lacked merit voluntarily returning home, he wrote in a 53-page ruling.

Homeland Security Secretary Alejandro Mayorkas on June 1 of this year formally ended “Remain in Mexico,” though in practice it was stopped when President Joe Biden entered office on Jan. 20. In a memorandum (pdf) to top immigration officials, Mayorkas said a review determined the policy “does not adequately or sustainably enhance border management in such a way as to justify the program’s extensive operational burdens and other shortfalls.”

“Over the course of the program, border encounters increased during certain periods and decreased during others. Moreover, in making my assessment, I share the belief that we can only manage migration in an effective, responsible, and durable manner if we approach the issue comprehensively, looking well beyond our own borders,” he wrote.

The memo fails to mention some of the primary benefits of the program, which is known as MPP, Kacsmaryk said.

“At the very least, the Secretary was required to show a reasoned decision for discounting the benefits of MPP. Instead, the June 1 Memorandum does not address the problems created by false claims of asylum or how MPP addressed those problems. Likewise, it does not address the fact that DHS previously found that ‘approximately 9 out of 10 asylum claims from Northern Triangle countries are ultimately found non-meritorious by federal immigration judges,’ and that MPP discouraged such aliens from traveling and attempting to cross the border in the first place,” he said.

Denmark Cracks Down on Mass Migration, by Soeren Kern

Very few people in Europe would call Islamic and African migration a success. From Soeren Kern at gatestoneinstitute.org:

“The Current Asylum System Has Failed”

The Danish Parliament has passed a new law that will allow the government to deport asylum seekers to countries outside of the European Union to have their cases considered abroad. The legislation is widely seen as a first step toward moving the country’s asylum screening process beyond Danish borders. 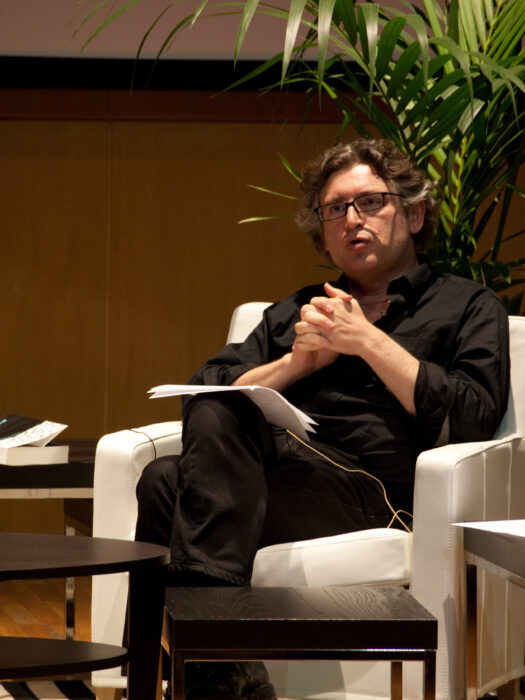 Fidel Narváez: “Those who think that they will break Julian Assange are mistaken”, by Monica del Pilar Uribe Marin

This article clarifies Julian Assange’s legal and political situation and dispells much of the mainstream media mythology. From Mónica del Pilar Uribe Marín at theprisma.co.uk:

Defamed, persecuted, harassed, and since March of this year cut off from the outside world, in Flat 3B, Knightsbridge, London, the founder of Wikileaks waits to learn the fate of his asylum status. It is a position that current Ecuadorian President Lenin Moreno has put at risk, but Assange is built for battles of this size. The former Consul of Ecuador knows him well, and wanted to speak out.

Since assuming power, Moreno has made no secret of the inconvenience caused by the ‘problem he inherited’ from his predecessor, and now seems to have made up his mind to expel Assange from the embassy. It is even said that the true purpose of his recent visit to the UK was to meet with British functionaries, agree terms for the end of the asylum, and hand Assange over to British authorities.

This comes as no surprise considering that Moreno regards Assange as, among other things, a ‘hacker’ who ‘made a mistake’ that ‘could cost him his life’, and while he has stated that Assange must be protected, Moreno is undeniably sensitive to US pressures.

He recently sanctioned Assange for ‘political interference’, denying him access to the internet or telephones, and prohibiting all visits except those from his lawyers.

Today Julian Assange – who has never left the building in Knightsbridge – finds himself in total confinement, faced with the possibility that his asylum may be withdrawn at any time. He is also suffering from various physical ailments and, as of a few days ago, dealing with the US Senate Intelligence Committee’s request that he privately testify in relation to Russian interference in the 2016 elections.

In other words, conditions in the Latin American country’s embassy in Knightsbridge are now very different to those that Assange experienced during the six years beginning  19 June  2012, when he arrived seeking political asylum. Ecuador’s government at the time, and its president Rafael Correa, openly accepted his request, believing Assange’s life to be in danger and admiring his fight to defend freedom of information and expression.

At that time the Consul of Ecuador in the UK was Fidel Narváez, who was tasked with accompanying Assange from the day he first set foot in the embassy.

To continue reading: Fidel Narváez: “Those who think that they will break Julian Assange are mistaken”

The End Of Merkel? CDU Lawmaker Admits Germany Could Have A New Chancellor “By The End Of Next Week”, by Tyler Durden

Angela Merkel’s stance on asylum and immigration may have become so toxic that she’ll have to go. From Tyler Durden at zerohedge.com:

A day after the euro whipsawed on conflicting reports touting the collapse of Merkel’s governing coalition, a lawmaker from Merkel’s own party said the Chancellor could be out by the end of next week during an appearance on BBC World at One (via Express). On Friday, German media reported that Merkel’s junior coalition partner, the CSU, had announced the end of its alliance with Merkel’s CDU – though that report was quickly denied.

While the German public’s anger over Merkel’s “open door” policy has been simmering for years, the instability within the ruling coalition – which features a decades-old political alliance between the CDU and CSU – intensified when Merkel decided over the weekend to veto a planby Interior Minister Horst Seehofer aimed at controlling and reducing illegal migration. The minister’s refusal to back down has already shattered an uneasy truce between conservative backers and opponents of her liberal asylum policy.

German MP Kai Whittaker, a CDU member, said Merkel’s clashes with Seehofer – who is demanding that German border police be given the right to turn back migrants without identity papers or who are already registered elsewhere in the European Union – are threatening to bring about “a new political situation. And probably a new chancellor.”

As Whittaker astutely points out, the political crisis stems from the fact that the issue of immigration has become “a power question”.  The AfD, which outperformed expectations during Germany’s fall elections, owes its rise largely to its anti-asylum stance. And as the chaos builds, Whittaker explained that German lawmakers are largely in the dark about what is happening with the leadership.

“We are in a serious situation because the question of the migration crisis evolved into a power question…the question is who is leading the Government? Is it Angela Merkel or is it Horst Seehofer? Everybody seems to be standing firm and that’s the problem.”

There is a master plan to solve the migration crisis, which consists of 63 ideas of Horst Seehofer.

Wittaker also pointed out that Seehofer’s clashes with Merkel could be linked to upcoming local elections in Bavaria, where the conservative party is concerned about retaining a majority.

“This must have to do with the coming election in Bavaria because it is vital for the Conservatives to win an overall majority because that’s why they have a national importance.”

“This kind of has the potential to diminish the authority of her and Horst Seehofer and it could well be that at the end of next week we have a new situation. Probably a new Chancellor.“

To continue reading: The End Of Merkel? CDU Lawmaker Admits Germany Could Have A New Chancellor “By The End Of Next Week”