Green New Deal Promises Energy-Efficient Gulags In Every Neighborhood, from The Babylon Bee

WASHINGTON, D.C.—The full Green New Deal was revealed by Democratic lawmakers Thursday morning. The sweeping legislative proposal includes ambitious projects like installing high-speed rail across the nation, replacing or upgrading every building in the country, and transitioning the entire country to renewables by tomorrow afternoon.

But perhaps best of all, the Green New Deal promises to build an energy-efficient Gulag in every neighborhood. Anyone who questions the wisdom of the Deal will be assigned to a Gulag for their new, greener job working for the government. The high-tech government buildings will be modeled after their Soviet predecessors but will have solar panels and wind power for a lower environmental impact as the government works you to death.

Rep. Alexandria Ocasio-Cortez personally pushed for the inclusion of the Gulags, claiming they will provide millions of jobs with minimal environmental impact.

“Gulags have been very effective in other countries,” she said. “The United States has lagged behind socialist countries in a number of areas, including healthcare, wages, and forced labor camps. The Green New Deal will change all of that, and we hope the nation can get on board with the program.”

“Because if you don’t, it’s the Gulag for you,” she added.

The Year in Bad Ideas, by Max Gulker

The year almost past saw the ascendence of some uncommonly stupid ideas. From Max Gulker at aier.com:

At first glance 2019 was a rough year for anyone in favor of an economy and society guided from the bottom up by people with the freedom to exchange, cooperate, and think as they choose. The highly visible left flank of the Democratic Party, fully embracing socialism in name and approach, erupted with proposals that would drastically change the country in ways they intend and many more in ways they do not. Meanwhile, the Republican Party’s debt from its Faustian bargain with President Donald Trump began to come due.

What can we learn from bad ideas? Plenty, if we approach them with curiosity rather than assumed intellectual or moral deficiency on the part of those trafficking in them. The truth, that people have a really hard time understanding the benefits of free markets and bottom-up organization, is both difficult and galvanizing. Free-market ideas don’t really have a place in the current incarnation of our two-party system. We’re free agents and that can open a world of new possibilities if we let it.

END_OF_DOCUMENT_TOKEN_TO_BE_REPLACED

The original New Deal was a disaster, the Green New Deal will be even more so. From Laurence M. Vance at fff.org:

We have heard much this year about how much the country needs a Green New Deal to reverse the negative effects of climate change, ensure economic security, revamp the nation’s transportation system, restore damaged ecosystems, secure a sustainable environment, and achieve justice and equality. Overlooked in all of the analyses of the Green New Deal is that Americans didn’t need the original New Deal.

On February 7, newly elected Rep. Alexandria Ocasio-Cortez (D-N.Y.) introduced in the U.S. House a resolution (H.Res.109) “recognizing the duty of the Federal Government to create a Green New Deal.” On the same day, the veteran Sen. Edward Markey (D-Mass.) introduced a companion resolution (S.Res.59) in the U.S. Senate. According to the U.S. Senate, “A simple resolution addresses matters entirely within the prerogative of one house,” is “also used to express the sentiments of a single house,” or may simply give “advice.” Simple resolutions require neither the approval of the other House of Congress nor the signature of the president, as they do not have the force of law.

END_OF_DOCUMENT_TOKEN_TO_BE_REPLACED

The Green New Deal spins fervishly in the minds of people who know next to nothing about energy. From John Stossel at theburningplatform.com: 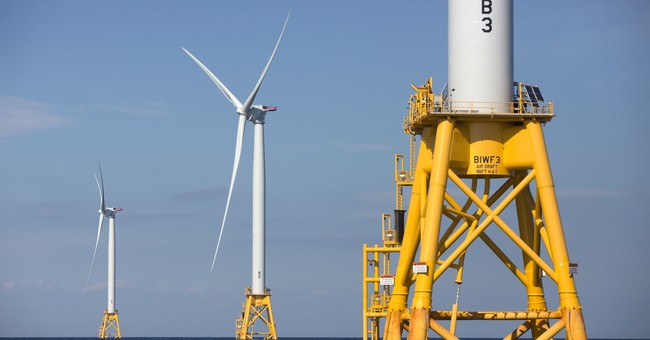 The Green New Deal’s goal is to move America to zero carbon emissions in 10 years.

“That’s a goal you could only imagine possible if you have no idea how energy is produced,” James Meigs, former editor of Popular Mechanics magazine, says in my latest video.

“Renewable is so inconsistent,” he adds. “You can’t just put in wind turbines and solar panels. You have to build all this infrastructure to connect them with energy consumers.”

Unfortunately, says Meigs: “You have to mine materials for batteries. Those mines are environmentally hazardous. Disposing of batteries is hazardous.”

“Batteries are a lousy way to store energy,” adds physicist Mark Mills, senior fellow at the Manhattan Institute. Also, the ingredients of green energy, like battery packs, are far from green.

“You have to consume 100 barrels of oil in China to make that battery pack,” he explains. “Dig up 1,000 pounds of stuff to process it. Digging is done with oil, by big machines, so we’re consuming energy to ‘save’ energy — not a good path to go.”

The Green New Deal wouldn’t work any better than the original New Deal. From Thomas DiLorenzo at lewrockwell.com:

The so-called Green New Deal that was recently posted as a congressional Resolution and endorsed by many high-profile Democrats is essentially a twenty-first century version of the 1888 utopian novel, Looking Backward, by the Marxist-inspired writer Edward Bellamy.  The main character of the novel, one Julian West, falls asleep for 113 years and awakes in the year 2000 delighting in the fact that America had been turned into a socialist utopia.  A major theme of the novel is that all the evils of society can be eradicated by more-or-less totalitarian government controls, mandates, and regulations.  That is also the theme of the Green New Deal.

In Bellamy’s utopia private property is abolished and all industry is nationalized.  Government guarantees “jobs for everyone,” as does the Green New Deal.  Education is “free” (another Green New Deal promise) and everyone is paid the same by the government, the sole employer.  Special efforts are made to assure that men and women are all paid the same.  This is another key point of the Green New Deal.  Everyone retired at age 45 with a good taxpayer-funded pension.

Numerous Edward Bellamy Societies sprung up, established by socialist intellectuals of the day such as John Dewey, who founded the Edward Bellamy Society of New York. Looking Backward also spawned numerous small socialist communes, all of which collapsed in failure – a warning sign of what would become of twentieth-century socialism everywhere.

END_OF_DOCUMENT_TOKEN_TO_BE_REPLACED

Are the Democrats Bent on Suicide? by Patrick J. Buchanan

The Democrats are trying to Make Socialism Great. There is no Again because it’s never come up great the many times it has been tried. From Patrick J. Buchanan at buchanan.org:

After reading an especially radical platform agreed upon by the British Labor Party, one Tory wag described it as “the longest suicide note in history.”

The phrase comes to mind on reading of the resolution calling for a Green New Deal, advanced by Alexandria Ocasio-Cortez, and endorsed by at least five of the major Democratic candidates for president.

The Green New Deal is designed to recall the halcyon days of the 1930s, when, so the story goes, FDR came to Washington to enact the historic reforms that rescued America from the Great Depression.

Only that story is more than a small myth.

The unemployment rate when FDR took the oath in 1933 was 25 percent. It never fell below 14 percent through the 1930s. In June 1938, despite huge Democratic majorities in Congress, FDR was presiding over a nation where unemployment was back up to 19 percent.

World War II and the conscription of 16 million young men gave us “full employment.” And the war’s end and demobilization saw the return of real prosperity in 1946, after FDR was dead.

Yet this Green New Deal is nothing if not ambitious.

To cope with climate change, the GND calls for a 10-year plan to meet “100 percent of the power demand of the United States through clean, renewable, and zero-emission energy sources.”

Will natural gas be permitted? Will nuclear power? There are 60 commercially operating nuclear power plants with 98 nuclear reactors in 30 states. Will they be shut down? Will the Greens agree to dam up more U.S. rivers to produce renewable hydroelectric power?

Air travel consumes huge quantities of carbon-producing jet fuel. What will replace it? Perhaps progressive Democratic candidates will set an example by not flying, and then by voting to end production of private aircraft and to ground all corporate jets. Let the elites sail to Davos.